Men think about sex a lot, but not every 7 seconds.
Philipp Nemenez/Getty Images

Men think about sex every 7 seconds.

No one knows where that long-held popular shorthand for the robust male sex drive came from, but it likely wasn't from any science lab. According to a 1994 study from Indiana University's Kinsey Institute, a little more than half the male population -- 54 percent, to be precise -- daydreams about sex every day or several times per day [source: Kinsey Institute]. Another study published in 1990 in the Archives of Sexual Behavior asked 49 male college students to tally up their sexual fantasies over a week, and the results averaged to just 7.5 sexy thoughts per day, which works out to only once every 3.2 hours [source: Jones and Barlow]. And for a final nail in the sex-crazed coffin, the highest total of sexual-related thoughts among the male participants in a 2011 study at Ohio State University was 388, or once every 3.7 minutes. Statistically, still a far cry from the 7-second assumption [source: Fisher].

Even though sex doesn't pop up in the male brain with the merry-go-round constancy some might expect, that trio of studies also confirmed that, on average, men think about sex more often than women. In the Ohio State University data, for instance, the most sexually minded woman in the participant pool reported 140 daily fantasies, less than half of her male counterpart's total [source: Fisher]. Even during masturbation, which is closely associated with and driven by sexual thought, heterosexual men in a 1990 study from the State University of New York reported "significantly more sexual fantasies" than heterosexual women [source: Baumeister, Catansee and Vohs].

It would be fallacious, however, to assume that a single measure like frequency of sexual fantasy concretely proves that men have stronger sex drives than women. Accurately evaluating sex drive must also assess the intensity of that motivation to make whoopee [source: Baumeister, Catansee and Vohs]. Do men want sex more often and with more partners, compared to women? Statistically, the answer across the board is yes, and evolutionary biologists have some theories as to why. 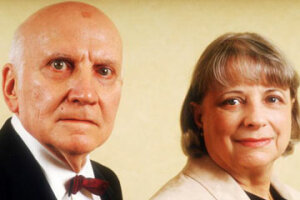 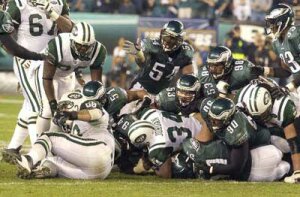