More Americans Have Had Same-sex Experiences, Accept Those of Others

by Christopher Hassiotis Jun 1, 2016
A new study looked at the increase in same-sex experiences and how trends have changed over the last quarter century. Joerg Koch/Getty Images

The number of adults in the United States who've had at least one same-sex experience has doubled over the past quarter century. And, according to a new study published in the journal Archives of Sexual Behavior, American perceptions of such relations between consenting adults have also significantly relaxed.

A team of psychologists analyzed newly released data from the General Social Survey. The GSS is a long-running national survey of more than 33,000 American adults. Its data is publicly available and searchable by anyone; it has asked U.S. citizens about same-sex attitudes since 1973, and about individual sexual partners since 1989.

Here a few key findings from the study:

Percentage of women who reported having had sex with at least one woman:

Percentage of men who reported having had sex with at least one man:

Percentage of adults who reported having had sex with both men and women:

The study authors also found generational differences. Among millennials, which the report defined as adults between the ages of 18 and 29 during the 2010s, 7.5 percent of men — less than the national average — report having had a same-sex experience, while 12.2 percent of millennial women do; romantic friendships among women are, of course, nothing new, but that's a rate that's almost 1.4 times the national average. Male gay experiences tend to occur at any point in a man's life, according to the findings, while female same-sex experiences occur more often earlier in life, though that contradicts the findings of other recent studies — a discrepancy that may be explained by generational shifts.

"These trends are another piece of evidence that American culture has become more individualistic and more focused on the self and on equality," said lead author Jean Twenge, a psychologist at San Diego State University, in a press release announcing the findings. "Without the strict social rules common in the past, Americans now feel more free to have sexual experiences they desire."

The most drastic changes, though, appear to be not in whether Americans have engaged in same-sex behavior, but how they feel about it. The survey asked whether respondents believed "sexual relations between two adults of the same sex [was] not wrong at all," and from 1973 to 1990 the percentage who approved rose only from 11 percent to 13 percent. 2014 results, however, place acceptance of that statement at 49 percent for the general population, and 63 percent for millennials.

Now That's Interesting
Although millennials may have shifting attitudes about sex, that doesn't mean they're necessarily having more of it than before — a 2015 study also conducted by Twenge found that on average, millennials had fewer lifetime sexual partners than Generation X, who had fewer than the baby boomers before them.

What Do Scientists Think of Science Coverage in the Media? 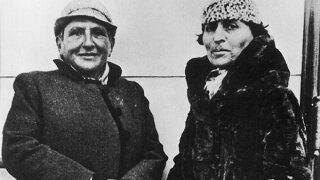 10 Sex Questions You Might Be Afraid to Ask -- but Should