Prehistoric STDs Could Be the Reason Humans Became Monogamous

by Jesslyn Shields Apr 28, 2016
As humans moved from a hunter-gatherer past to cities, instances of STDs increased; this may be behind our practice of monogamy, according to a new study. DEA Picture Library/DeAgostini/Getty Images

Humans are unusual animals, and one way we stand apart from the others is that many groups of humans try to observe one of the more uncommon sexual behaviors in the animal kingdom: monogamy.

Since the advent of agricultural societies, monogamy has been working out pretty well for us, contributing to the success our species has enjoyed for the past 10,000 years. It certainly hasn't put a damper on our ability to make a whole bunch of babies, which is usually the concern when one male and one female mate exclusively with each other. But unlike other animals that practice monogamy — for reasons that range from sharing the burden of raising offspring, to being able to defend a shared territory together — human monogamy is a socially imposed construct.

In other words, we observe monogamy out of peer pressure. No other animal does that.

Where there are large groups of humans, you can count on two things: social rules and disease.

A recent study published in Nature Communications uses mathematical modeling to investigate why monogamy might have evolved as a reproductive strategy in humans. After all, all the evidence suggests that our hunter-gatherer ancestors practiced polygyny. In these societies, social groups were small — around 30 sexually mature adults — wherein just a few men had several “wives,”, ensuring the most powerful dudes were able to sire more children in their lifetimes.

This all changed pretty abruptly at the beginning of the Neolithic age, when people realized food didn't necessarily have to be chased and gathered — we could just grow it and raise it ourselves.

But what does agriculture have to do with humans starting to get all pushy about monogamy all of a sudden? Mathematician Chris Bauch of the University of Waterloo and Richard McElreath of the Max Planck Institute for Evolutionary Anthropology crunched the numbers and discovered the answer hidden in the change in lifestyle that came along with the first agricultural societies.

The agricultural lifestyle led to the first towns and cities, which meant people lived in much larger groups than they ever had before. And where there are large groups of humans, you can count on two things: social rules and disease. And the more people are around, and the more sexual partners, the more likely STDs are to spread, meaning that developing a social system of monogamy, and building shame around other relationship systems, was a way for a society to protect itself from the spread of STDs.

"This research shows how events in natural systems, such as the spread of contagious diseases, can strongly influence the development of social norms and in particular our group-oriented judgments," said Chris Bauch in a press release.

According to the research team's mathematical models, early agriculturalists were probably bedeviled by all kinds of sexually transmitted diseases that hadn't been as big a deal in small polygynous societies. As a result, infertility due to these infections became a problem that needed addressing, and your second-safest bet when avoiding STDs is monogamy.

(The first is, of course, abstinence, which is a non-starter when it comes to reproductive strategies.)

Now That's Interesting
Between 3-5 percent of mammal species practice monogamy, depending on your definition, as do a handful of animal species in other classes. However, 90 percent of bird species are monogamous.

MC1R Gene May Have a Hand in How Old You Look

One Simple Way to Get More Sleep: Lower the Thermostat 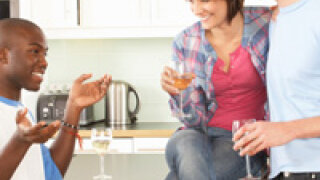 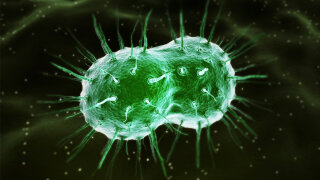 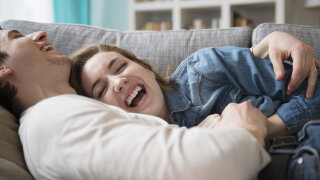 Are women hardwired for monogamy?