How could an "anti-aging molecule" work? 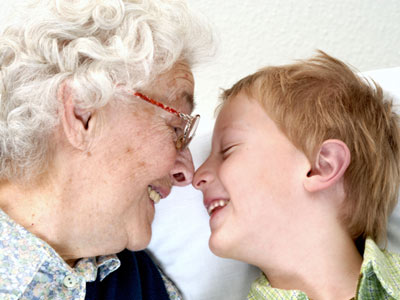 One could say it has been the ever-present, lifelong quest of imperfectly human beings everywhere. Whether you call it vain, creepy or the greatest possible reward, immortality is an obsession to be reckoned with. And while a recent scientific development may not actually lead to the demise of death itself, it could slow down or even reverse the aging process. A research team at Korea's Advanced Institute of Science & Technology led by Dr. Tae Kook Kim has discovered that a synthetic molecule called CGK733 can affect the degradation of cells in mammals.

CGK733 is a derivative of the organic compound thiourea, which is composed of carbon, nitrogen, sulfur and hydrogen. It is commonly used in the developing of photographic film, and scientists use it widely to create of synthetic molecules of similar composition. The team discovered the effects of CGK733 when it was methodically testing 20,000 different molecules to find out how they affected the cellular aging process. What they discovered may be a significant medical breakthrough. The addition of CGK733 to a cell causes it to divide 20 times more than it would without the molecule. This means a roughly 25 percent longer life for a cell. So what does all of this really mean in terms of aging?

The aging of cells, often called senescence, is a multi-pronged process. When a cell is breaking down and heading toward death, several things occur:

When a cell is suffering from DNA damage (and in cellular terms, old age is a form of DNA damage, as the DNA in an aging cell is less adept at repairing itself), the protein markers it releases essentially tell the body to shut it down. In highly simplified terms, what CGK733 does is block the reception of those protein markers. The result is that the cell is allowed to continue its life, and it seems to think it is no longer too old to go on living. Tests have shown actual rejuvenation of cellular activity, with division continuing well beyond the normal lifespan of an aging cell and activities within the cell returning to a normal speed. In this way, the aging process seems not only to be slowed, but also to be reversed.

Could CGK733 slow down or even reverse the aging process?
2009 HowStuffWorks

One of the most promising discoveries related to this "anti-aging molecule" is the fact that when the molecule is removed from the cell, the cell goes right back to its normal aging process. This means that the activity of the death-knell protein is not completely shut down -- it is only delayed, or "dimmed," as Dr. Kim puts it. This makes the molecule a possible agent for pharmaceuticals, since it can be regulated in dosages to dim the protein activity in varying degrees. While genetic intervention has been able to achieve similar results, CGK733 is the first molecule known to slow or reverse aging without messing with actual strands of DNA.

Possible applications for the molecule, which are probably at least 10 years off, include the healing of wounds, cosmetic-related drugs and the generation of human tissue to reverse bodily damage and disease. Scientist still have a lot of work to do to ensure that the molecule has no terrible side effects. One known possible side effect of shutting down cellular protein mechanisms is cancer.

For more information on CGK733, anti-aging procedures and related topics, check out the links on the following page.