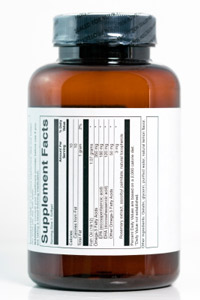 Some supplements do no more than the average multivitamin. See more getting beautiful skin pictures.
©iStockphoto.com/Joe Potato

There is no fountain of magical water that can reverse the effects of aging. Explorers abandoned the search for such a thing years ago. But the quest for everlasting youth isn't completely a lost cause. After the explorers gave up, scientists took over.

The premise is simple. If we can understand how we age, maybe we can stop it from happening or even reverse it. What science has found so far is that living is a paradox -- eventually, it kills us. All of the biological processes that take place in our bodies also damage our bodies, and while we repair most of that damage, naturally we can't repair it all. Over the years it adds up. As a result, our cells begin to deteriorate and we age [source: Olshansky, Hayflick & Carnes].

It's a stretch to assume that we'll ever find a way to stop aging completely. However, we do live a lot longer now than we used to, and it only makes sense that -- as we continue to make advances in technology and health care -- life expectancy may continue to increase. And the quest for eternal youth will undoubtedly continue to thrive. There are already a huge number of supplements available on the market that claim to slow down the process of aging. There are so many, in fact, that it's hard to know which ones, if any, actually work. When the dust clears, exercise, diet and getting enough sleep may always be the most reliable factors in staying healthy and feeling younger [source: Olshansky, Hayflick & Carnes].

If you do want to give anti-aging supplements a try, you need to know what to look for and what to look out for. After all, supplements can be expensive, and there are a lot out there that won't do anything more than a multivitamin. Some might even cause side effects that far outweigh their benefits. The bottom line is that you should be cautious.

Read on to find out about the top anti-aging supplements on the market today.

Unfortunately, we can't just take a pill and immediately regain our youth. But there are quite a few supplements out there that claim to slow the aging process down. When it comes to aging, cell components called mitochondria play a key role. They produce nearly all of the energy our cells need to do their jobs. Over time they get damaged, and when they do, we get older.

Coenzyme Q10, commonly referred to as CoQ10, is a popular anti-aging supplement. Mitochondria can't function without it, but as we get older, we don't produce as much of it as we need. Taking the enzyme as a supplement helps to maintain healthy levels of CoQ10 in our bodies and supposedly keeps us healthier longer. Similarly, the amino acid acetyl-L-carnitine helps mitochondria produce more energy, and can be taken in supplement form [source: Mayo Clinic: CoQ10, MayoClinic: Acetyl-L].

Another important factor in living longer is keeping your heart healthy. Surprisingly, aspirin -- in regular, low doses -- can help you do that. Not only can it reduce the risk of a heart attack or a stroke by keeping blood from clotting, but it can also save your life in the midst of a heart attack if you take it when you start experiencing symptoms [source: Duenwald]. Fish oil is another supplement that helps the heart. It is rich in omega-3 fatty acids that may help prevent heart disease and keep blood flowing much the same way as aspirin does.

The next, somewhat controversial, anti-aging supplement has been in the news quite a bit lately due to the debate surrounding its use by professional athletes. Human growth hormone, commonly referred to as HGH, is said to reduce body fat, build muscle, protect cells and improve skin tone and quality. It was originally used to treat growth hormone deficiencies before people began to recognize its potential anti-aging properties. Unfortunately, there are serious side effects associated with HGH, which we'll explore later on in this article [source: Kuczynski].

Dehydroepiandrosterone, or DHEA, is another popular aging supplement. It's a hormone that your body uses to produce some other hormones, including estrogen and testosterone. DHEA decreases with age and has been found in high levels among people who live longer than average [source: MayoClinic: DHEA].

Read on to find out how effective these anti-aging supplements are.

She Was How Old?

As many anti-aging supplements as there are, it seems like there are just as many debates about whether or not they actually work. Our bodies are incredibly complicated, and as the saying goes, if it's not one thing, it's another. Just like a car or a computer, our bodies are made up of many small pieces, and all of those pieces have to work correctly for the unit to function as a whole. If one thing goes wrong, it can affect everything else. Just because you fix that one thing, though, that doesn't guarantee that something else won't go wrong tomorrow. For instance, you could fix your car's brakes on Monday and get a flat tire on Tuesday.

In other words, it's pretty much impossible to stop aging completely. There are just too many biological processes that keep our bodies running. However, the science behind most anti-aging supplements is rooted in logic. For instance, mitochondria do keep our cells running, and they can't do that without coenzyme Q10, which decreases significantly with age. Therefore, it would make sense that maintaining healthy CoQ10 levels would help us stay healthier longer. However, the truth is that there is not a lot of hard, scientific evidence to back these claims [source: Mayo Clinic: CoQ10].

The story is the same for almost every anti-aging supplement on the market. Aside from aspirin, which is proven to reduce the risk of a heart attack for a lot of people, there's no conclusive evidence to support the claims of anti-aging properties in any supplement out there. And even aspirin therapy doesn't work well for everyone. For example, studies have shown a difference in the way men and women react to it, so you should definitely consult a doctor before getting started [source: Duenwald]. In the case of DHEA, a two-year Mayo Clinic study found that taking the hormone had no beneficial effects whatsoever [source: MayoClinic: DHEA].

But you still probably know someone who swears a supplement has made him look and feel younger. Unfortunately, it's most likely that person's experiencing a placebo effect. And while there may be no conclusive evidence that the supplements will reverse aging, some are capable of producing side effects. Read on to learn more.

The No. 1 cause of death in America is heart disease. Almost 800,000 people will suffer a heart attack in 2009, and just about once every minute, someone will die from a heart-related event [source: CDC].

Side Effects of Anti-aging Supplements

There are two sides to every story, and anti-aging supplements are no exception. Before you start taking any, you should know the possible side effects. It's important to understand that dietary supplements aren't as strictly regulated as medications, and as a result, they may not be exactly what they say they are. An impure product is likely to cause side effects that wouldn't normally be associated with a supplement in its pure form [source: Monson & Schoenstadt].

Even when it comes to a supplement like coenzyme Q10, which already exists in our bodies, there are possible side effects. These include dizziness, fainting, allergic reactions, nausea, diarrhea and a few gastrointestinal conditions [source: Monson & Schoenstadt]. Even aspirin can cause a slew of side effects. While heartburn, nausea and an upset stomach are rather common, aspirin can also cause severe allergic reactions, bloody stools, dizziness, vomiting -- the list goes on [source: Drugs].

The miracle supplement HGH may give great results, but at what cost? This growth hormone was originally used as a short-term treatment and not meant for continual long-term use. Side effects can include high blood pressure, joint pain and in some cases, facial bone growth. On top of that, it can lead to an irregular heart rhythm, a higher risk of diabetes and carpal tunnel syndrome [source: Kuczynski].

The bottom line is that any product claiming to be an anti-aging supplement is probably too good to be true. More studies need to be done to confirm the benefits of most supplements that are on the market. As always, you should check with a doctor before taking any kind of supplement or medication.

Read on to find out more information about anti-aging supplements.

Let's Get To the Root of It

The Earth's oldest living thing is an ancient bristlecone pine referred to as "Methuselah." The tree is nearly 5,000 years old [source: PBS]. That's 1,000 years older than any other tree in history. The age of the tree was determined using the common tree-ring method.