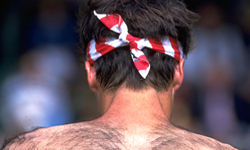 When you dig around the history of hair removal, it's pretty clear that humans have been trying to get rid of it ever since they've had it. The Neanderthal practiced primitive forms of shaving and hair cutting, perhaps to avoid lice or long, cumbersome locks that would get in the way during a wooly mammoth hunt. Plus, the hairy elders of the tribe would die "earlier" than the less-hairy youth, so there was a misguided link made between hair and beard length and lifespan. As humans evolved, facial hair became a fashion statement, so removing parts of it to achieve whatever look was in vogue became a necessity.

Women in many parts of the world were soon expected to keep their legs and armpits hairless, and when the bathing suit came into play, so did the expectation of a well-groomed bikini line. These days, hair removal is generally viewed as a cosmetic issue -- getting rid of that hairy back or the embarrassing female mustache. Most cultures have acceptable and unacceptable areas and amounts of hair, making it necessary to oblige these unwritten rules to avoid being ostracized. We'll go over five hair removal methods throughout history, from the Neanderthal using abrasive tools to modern laser techniques.

Abrasives, or the friction method, have long been used to remove unwanted hair. Ancient Egyptians, Greeks and Romans are believed to have used dull stones like pumice and the sharper volcano glass to remove hair. This inexpensive and relatively painless process involves using a rough surface to "sand" away fine body hair at the skin's surface. Pumice is still used as a popular abrasive today to not only rid the body of hair, but dead skin cells and calluses as well. There are also gloves and mitts with a built-in abrasive surface. Rubbing the glove on the problem area in a circular motion will remove fine hair and exfoliate and smooth your skin in the process. 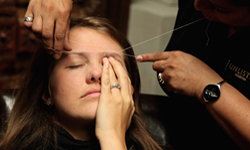 Threading looks painful ... because it is.
Tim Whitby/Getty Images

Threading, known as khite in Arabic, is another ancient hair removal technique that's regaining popularity today. It involves pulling the hair out by the root using a looped thread, and is typically used to shape eyebrows. The method of literally lassoing unwanted hairs and pulling them out is said to be less painful than plucking. It's also pretty inexpensive and lasts up to six weeks. One Chicago salon charges $5 for both eyebrows. The problem is finding a qualified practitioner. While American cosmetologists aren't trained in threading techniques, it remains popular in India and the Middle East, and is performed in salons in Indian and Muslim neighborhoods in larger cities in the United States.

While this may sound like some kind of medieval torture method, it's actually gentler than its close cousin -- hair waxing. Sugaring first came onto the hair removal scene in ancient Egypt, but is enjoying resurgence today in high-end spas and salons. It's like waxing in that a warm paste mixture is applied to the skin, and then removed with a cotton strip. Where it differs is in the level of pain the user experiences. The soft, sugar-based paste only sticks to the hair, not the skin. This makes the removal part of the process easier to bear. The sugar mixture is also cooled to a pleasant room temperature, rather than the hotter wax. Finally, the sugar paste is all-natural, and as a result, easier on the skin than many of the petroleum-based waxes. 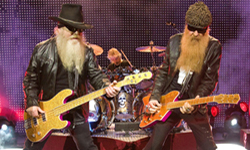 If temporary methods of hair removal aren't doing it for you, and you want to get rid of that back hair sticking out from the neck of your T-shirt for good, electrolysis may be a good option. This technique uses a thin metal needle to get to the base of the hair follicle, where it's zapped with an electric current. This effectively cauterizes the hair follicle and prevents future hair growth, if it's performed correctly. The downside is that it can be expensive if you have a large area to cover, and there can be some pain involved. And since each hair is zapped individually, it's fairly time consuming as well. On the plus side, it's been getting proven results since 1875 when it was first performed by Dr. Charles E. Michel to remove ingrown eyelashes [source: Richards]. Just make sure you find an experienced and reputable technician so you can achieve the desired result.

Laser hair removal is the common alternative to electrolysis when you're talking permanent hair removal. In this method, a laser light is cast onto the skin, ultimately targeting the hair follicle as heat. This produces inflammation and causes the follicle to permanently go into its resting phase. Though it was tinkered with starting in 1969 with fiber optics, the Food and Drug Administration did not clear the first laser removal system until 1995 [source: James]. The data is still out on just how permanent laser treatments can be, though many consumers have claimed that hair regrowth is rare. If you have light skin and dark hair, you're the best candidate for this technique because the lasers target dark areas on the body. It's noninvasive, and large areas can be treated in a single session. But it's also on the pricey side and can cause burns, skin discoloration and patchy regrowth if it's not performed properly. So like with electrolysis, do some homework and find an experienced and reputable technician. 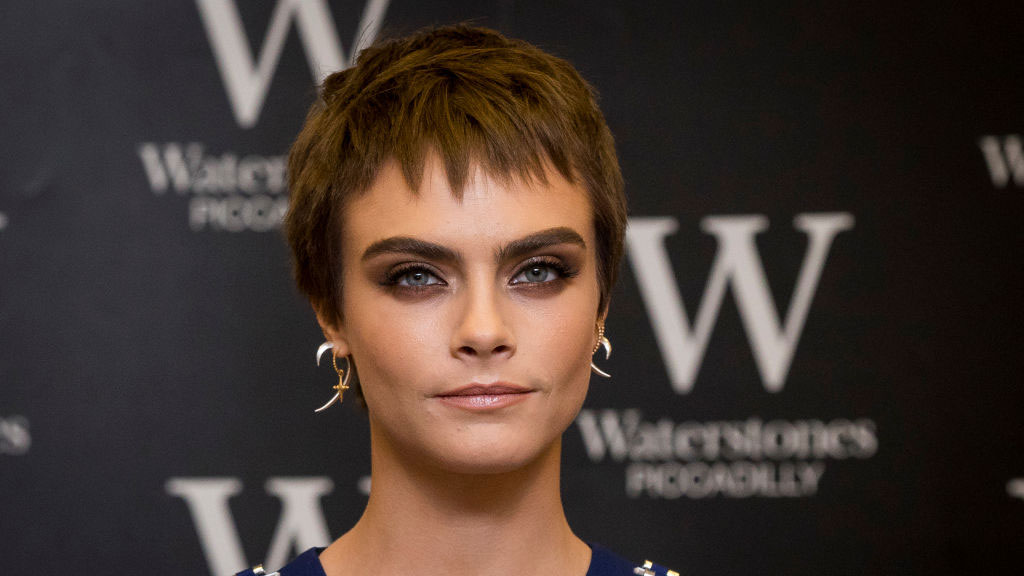 HowStuffWorks looks at eyebrow shapes throughout history and the celebrities who pioneered the looks from Marlene Dietrich to Cara Delevingne.