How to Feel Confident in Your Skin 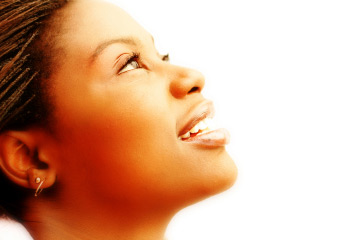 Feeling confident in yourself despite having a skin condition isn't always easy to do.
©iStockphoto.com/Amanda Rohde

It's not always easy to feel confident in your skin. Your skin is the largest, most exposed organ of your body [source: Healy]. It's hard at work every day protecting you from bacteria, ultraviolet light, pollution and many other things that can do damage. Considering the beating skin takes, it's not that surprising that there are so many skin problems. They are much more common than you might think. Unfortunately, a lot of them also aren't easy to hide, and that can make it pretty hard to feel confident.

Most skin problems are harmless, but unfortunately some still tend to be unsightly. Something as common as psoriasis or eczema can lead to psychological conditions such as depression or anxiety, which sometimes has a lot less to do with the person's physical reaction to the condition than it does with the responses of others around them [source: Lewis]. The key to living with skin problems is understanding what they are and helping those around you do the same.

When it comes down to it, everyone would love to have perfect skin but that's extremely unlikely. We don't get to pick out our DNA and special order the circumstances of our lives when we're born. If you have a skin problem, take the time to research it. There's a good chance you might be able to control it, and, if not, there are probably other people out there who are dealing with the same thing and can give you insight.

Approaching a doctor or dermatologist might also be a good route. Doctors will often have insight or treatments you can use to help you feel more confident with your appearance.

Keep reading to find out how skin problems can affect more than just your reflection in the mirror.

When you develop a skin problem, it can affect a whole lot more than your physical appearance. Looking in the mirror and seeing unsightly blemishes makes it tough to feel confident. It might even affect the way other people treat you. People sometimes assume that skin conditions are contagious even though few of them are.

Unfortunately, low self-esteem caused by skin problems can often grow into something much more serious. Embarrassment gives way to worrying and stress, and it can eventually lead to depression. People affected by skin problems might withdraw from social situations in which they have to interact with others instead of searching out people who might be able to help. In extreme cases, people might become so ashamed and depressed that they consider suicide [source: Hanna].

Skin problems can also affect a person's social and romantic life, and that tends to have a big effect psychologically. If a person's body or face is covered with bumps, hives or blemishes, it can make him or her feel unattractive. If you find a skin condition is seriously inhibiting your social life, consulting a doctor might help.

Perhaps increased knowledge regarding skin conditions would decrease prejudice and help those afflicted. Keep reading to learn about how common skin problems are.

To Itch or Not to Itch?

Believe it or not, some health experts believe almost all itching is caused or aggravated psychologically. In one particular study, researchers made a healthy arm under anesthesia itch [source: Grossbart]. That doesn't mean itching isn't real; it just means the cause might have as much (or more) to do with your mind as with your skin.

Skin problems are much more common than you might think. They're so common in fact, that most people will have one at some point during their life. Just stop to consider all the people affected by acne. When you also think about those with warts, eczema, psoriasis, rosacea and other common skin problems, it becomes painfully obvious just how common such conditions can be. The point is that if you've got a skin problem, you're not alone. Many other people out there are probably experiencing the same thing you are.

To illustrate this point, let's take a quick look at psoriasis, one of the most common skin problems on the planet. Psoriasis is an autoimmune disease that affects roughly 125 million people around the world, including 7.5 million Americans. If you think that's a lot, consider this. When you add up all the money spent on treating psoriasis in the United States and the amount of time it causes patients to miss work, it's costing more than $11 billion annually [source: National Psoriasis Foundation].

That's just one example -- so many more skin problems are out there. They can be caused by everything from viruses to heat. Warts, for example, are caused by human papillomavirus, more commonly referred to as HPV, and more than 100 different strains of the virus exist [source: CDC]. Other examples include athlete's foot, which is caused by fungal infections, and heat rash, which is brought on by heat and blocks off openings for sweat so that it is trapped under the skin's surface.

There really is no end to the list of skin problems out there, and many people are likely to develop a few in their lifetime. Keep reading to find out what options you have if you do develop a skin problem.

Did you know that an average adult has 21 square feet (1.95 meters squared) of skin, which weighs about 9 pounds (4 kilograms)? Perhaps even more surprising is that there are more than 11 miles (17.7 kilometers) of blood vessels packed in there [source: Markey]!

Getting Over Skin Problems

If you want to feel confident, it won't do any good to focus on any skin problems you might have. We've all heard the saying "nobody's perfect," and it's true. Even those beautiful people on television get skin conditions. The difference is that they have some of the best makeup artists in the world covering them up -- and probably a lot of money available to spend on treatments. But regardless of whether you have those options available, the key is to remember that your personality and how you present yourself often make a more lasting impression on others than your physical appearance does.

Of course, not all skin problems are as simple as just getting a few pimples. Some can make life incredibly difficult, affecting almost every aspect of it -- socially, professionally and personally. And at the end of the day, the person who has the skin condition is rarely the only one being affected by it. Your skin conditions can take a toll on those around you as well [source: Clark]. One thing you can do that might help is to educate yourself to better understand the condition. Not only could it help your outlook, it can also help you better respond others who might not understand what you're going through.

If you develop a skin problem, especially if it's severe and affecting your life, you should have it diagnosed as soon as possible and seek proper treatment. If you find that your skin problem is causing low self-esteem or depression, there's no shame in seeking help. There are people you can talk to. Your family might be a good place to start, but counselors and support groups for people with skin diseases are also an option.

Just because you have a skin problem doesn't mean you have to let it bring you down or shake your confidence. Read on to find out even more about how to feel better about the skin you're in.

Not So Thick-Skinned After All

Human skin at its thickest is only about 0.16 inches deep (4 millimeters), and on the eyelids it can be as little as 0.02 inches (0.5 millimeters) [source: BBC]. That's about the same as 5 sheets of notebook paper stacked on top of one another.

How could an "anti-aging molecule" work?
How to Treat Sunburn
Can I get a facial while pregnant?