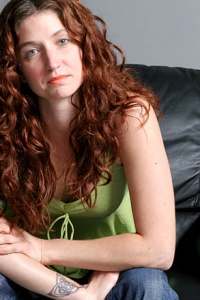 Having second thoughts? It is estimated that 50 percent of those who get tattoos later regret them. See more getting beautiful skin pictures
DCL

So you didn't believe your Mom when she said you'd regret getting that tattoo -- the multicolored, fire-breathing dragon that starts at the small of your back, reaches up to your shoulder blades and wraps its orange flames around your biceps. Now, a mere seven years later, you have a shot at a terrific job in banking, still one of the more conservative businesses around, and you are concerned that your symbol of youthful self-expression could create problems in your new career.

Well, you're not alone. Tattoos have become part of American mainstream culture over the past couple of decades. Some estimate that more than 10 million Americans have at least one tattoo, and there are about 4,000 tattoo studios now in business in the United States (Read about the history of tattoos in How Tattoos Work). One busy physician who specializes in tattoo removal -- he's removed tattoos from some of the most famous tattoo artists -- estimates that about 50 percent of those who get tattoos later regret them. For years, these people had little recourse, and existing removal techniques were invasive (requiring surgery) and painful. But that's changing.

In th­is article, we'll examine how new laser tattoo removal techniques are helping people of all ages rid themselves of something that, for a variety of reasons, they no longer want on their bodies. (Falling out of love and wanting a no-longer-special person's name removed is the most popular reason cited, experts say!)<

What is a Tattoo?

Let's quickly remind ourselves exactly what a tattoo is: A tattoo is a permanent mark or design made on the body when pigment is inserted into the dermal layer of the skin through ruptures in the skin's top layer. (This is explained in detail in How Tattoos Work.)

Modern-day tattoos are applied by using an electric tattoo machine with needles that rapidly puncture the skin with an up and down motion not unlike that of a sewing machine.

Can All Tattoos Be Removed?

Most dermatologic surgeons caution that complete tattoo removal is not possible. Tattoos are meant to be permanent, so removing them is difficult. Few surgeons guarantee complete removal. Having said that, there are several methods of tattoo removal which have proven effective. The degree of remaining color variations or blemishes depends upon several factors, including size, location, the individual's ability to heal, how the tattoo was applied and how long it has been in place. For example, a tattoo applied by a more experienced artist may be easier to remove since the pigment was evenly injected in the same level of the skin. New tattoos may also be more difficult to remove than old ones.

Doctors say they can't predict the exact degree of removal because they generally don't know which of the 100 tattoo inks available today were used. (The U.S. Food and Drug Administration currently lists tattoo pigments as "color additives," which are intended only for application to the top layer of the skin.) Consult with a removal specialist -- be sure to take a list of questions along.

What Methods Are Used for Tattoo Removal?

Before lasers became popular for tattoo removal starting in the late 1980s, removal involved the use of one or more of these often-painful, often scar-inducing surgeries:

Although the procedures above are still used in certain cases today, lasers (Light Amplification by the Stimulated Emission of Radiation) have become the standard treatment for tattoo removal because they offer a bloodless, low risk, effective alternative with minimal side effects. Each procedure is done on an outpatient basis in a single or series of visits. Patients may or may not require topical or local anesthesia.

As early as the 1960s, lasers had been developed for industrial uses. When researchers developed lasers that emitted wavelengths of light in short flashes called pulses, medical use became viable. These lasers can effectively remove tattoos with a low risk of scarring, according to the American Academy of Dermatology . The type of laser used to remove a tattoo depends on the tattoo's pigment colors. (Yellow and green are the hardest colors to remove; blue and black are the easiest.)The three lasers developed specifically for use in tattoo removal use a technique known as Q-switching, which refers to the laser's short, high-energy pulses:

How Do Lasers Remove Tattoos?

Lasers work by producing short pulses of intense light that pass harmlessly through the top layers of the skin to be selectively absorbed by the tattoo pigment. This laser energy causes the tattoo pigment to fragment into smaller particles that are then removed by the body's immune system. Researchers have determined which wavelengths of light to use and how to deliver the laser's output to best remove tattoo ink. (If you're wondering if the laser might also remove normal skin pigment, don't worry. The laser selectively targets the pigment of the tattoo without damaging the surrounding skin.)

Does Tattoo Removal Hurt and What Can I Expect?

The unfortunate thing about tattoos is that both getting them and having them taken off can be uncomfortable. The impact of the energy from the laser's powerful pulse of light has been described as similar to getting hot specks of bacon grease on your skin or being snapped by a thin rubber band. (Compare these descriptions to those of how it feels to get a tattoo in How Tattoos Work.) Because black pigment absorbs all laser wavelengths, it's the easiest to remove. Other colors, such as green, selectively absorb laser light and can only be treated by selected lasers based on the pigment color.

In preparation for a laser procedure, doctors recommend that non-aspirin products, like Tylenol, be used for minor aches and pains prior to the procedure, because aspirin and nonsteroidal anti-inflammatory agents such as Ibuprofen can produce pronounced bruising after treatment.

Further pre-treatment steps might include the application of a prescription anesthetic cream two hours before the laser session. It is wiped off just before laser surgery begins. (Some patients say they don't need this. Others prefer to have a local anesthetic injected into the tattoo prior to laser therapy. Pinpoint bleeding is sometimes associated with the procedure.) Then pulses of light from the laser are directed onto the tattoo, breaking up the pigment. Over the next few weeks, the body's scavenger cells remove pigment residues.

More than one treatment, which actually only takes minutes, is usually needed to remove an entire tattoo -- the number of sessions depends on the amount and type of ink used and how deeply it was injected. Three-week intervals between sessions are required to allow pigment residue to be absorbed by the body.

Following treatment, the doctor will apply an antibacterial ointment and dressing to the area, which should be kept clean with continued application of ointment as directed by your doctor. A shower or bath the day after treatment is okay, but the treatment area should not be scrubbed. Your skin might feel slightly sunburned for a couple of days and the treated area may remain red for a few weeks. The site might also form a scab, which should be handled gently. After healing, the site will gradually and continually fade.

Side effects of laser procedures are generally few but may include hyperpigmentation, or an abundance of color in the skin at the treatment site, and hypopigmentation, where the treated area lacks normal skin color. Other possible side effects include infection of the site, lack of complete pigment removal and a 5 percent chance of permanent scarring.

How Much Does It Cost to Remove a Tattoo?

Something to think about BEFORE you get that tattoo is the fact that having a tattoo removed is much more expensive than having one put on. Laser tattoo removal can range from several hundred dollars up into the thousands of dollars, depending upon the size, type and location of the tattoo and the number of visits required. More bad news is that medical insurance generally doesn't pay for tattoo removal, since it is considered aesthetic or cosmetic in nature. (Traumatic tattoos, which result from accidents or injury, are a different matter.)

Because this is a medical procedure, make sure to see a dermatologic surgeon who specializes in tattoo removal. Check with the American Society for Laser Medicine & Surgery or the American Society of Dermatologic Surgeons for a referral or ask your own doctor for the name of a specialist in your area. (Some tattoo parlors also provide tattoo removal services. Before you sign on, make sure the person doing the removal is a medical doctor who specializes in laser surgery! Tattoo removal, like tattoo application, carries with it the risk of infection and must be handled with extreme care.)

If you're a young person trying to escape gang life and you don't have the money to get those tell-tale tattoos removed, your tattoo doesn't have to last forever. Check this out: Some generous doctors, hospitals and local governments and civic groups around the nation are offering free tattoo removal to give teens like you a new chance at life. These links discuss several of these efforts: