In 1968, Mary Kay Ash walked into a Dallas Cadillac dealership. Five years earlier, at the age of 45, she had started Beauty by Mary Kay with just $5,000 in savings. By the time Ash walked into that dealership, the company had already hit the $1 million sales mark, thanks to the female sales representatives who sold cosmetics. In Dallas, Ash pulled out her compact, pointed to her pink blush, and asked for a car in exactly that shade. The dealership complied, and off drove Mary Kay Ash in her pink Cadillac. The car became so well-known that Ash began offering them to her top sales representatives each year. Even now, the pink Cadillac is an icon, an immediately recognizable symbol of Mary Kay.

That pink Cadillac isn't the only icon in the world of makeup, though. In this article, we'll present five famous products that have set themselves apart from the pretty-making pack.

Many women feel naked if they leave their homes without moisturizer on their faces, but that doesn't mean they want moisturizer to be visible -- it should be as natural as possible. That's the conclusion that Graham Wulff came to while listening to his wife, Dinah. Wulff, who worked as a chemist in South Africa, saw his wife apply thick, greasy facial creams. After learning about the properties of lanolin in one of his work laboratories, he figured there had to be a better product for women. Using Dinah as both muse and guinea pig, Wulff set about creating a formula that would emulate the feel of a young woman's skin. Rather than creating another sticky cream, Wulff developed what he called "beauty fluid," a concoction that was similar to the skin's own sebum [source: Olay]. The product, Oil of Olay, was introduced in South Africa in 1953 to immediate success; Wulff went worldwide in 1959. Though the product was known by a variety of names, including Olaz, Ulan, Oil of Ulay and Oil of Olay, the product was the same everywhere. The name was standardized to "Olay" in 2000, one year after Graham Wulff was listed in the Guinness Book of World Records for creating the best-selling skin care product in the world [source: Mngoma].

An advertisement for Revlon from 1943
Apic/Hulton Archive/Getty Images

Today, Revlon sells a variety of cosmetics, but when the company was founded in 1932, it sold only one: nail polish. This nail polish was different from others on the market because it was made with pigments, not dyes, which allowed it to go on smoother and last longer. In 1940, Revlon began selling lipsticks to match the nail polish, and a decade later the company began launching polish-and-lipstick combos tied to the fall and spring fashion shows. This marketing maneuver allowed women who couldn't buy the latest couture fashions to feel like they were staying current just by buying a new tube of lipstick [source: Tobias].

Revlon's marketing genius was on display when it launched its Fire and Ice shade in 1952. In advertisements starring model Dorian Leigh and shot by photographer Richard Avedon, Revlon launched the first ad campaign to overtly link makeup with sex [source: Sherrow]. Fire and Ice girls, according to the advertisement that was everywhere in 1952, are the kind of girls that close their eyes when they're kissed, are excited by sable furs, want to travel to Mars and streak their hair platinum without consulting their husbands [source: Tobias]. In other words, revolutionary women for the times, but these women were extremely exciting and attractive to men, as the numerous window displays, print ads and radio spots took great pains to emphasize. The ad campaign was a hit, and Revlon and lasting red lipstick were forever linked.

Most brothers make a gagging reflex when their sisters talk about makeup, but paying attention to his sister paid off tremendously for T.L. Williams. His sister, Maybel, used petroleum jelly and coal dust to make her eyelashes look dramatic, and in 1913, Williams began a company to market her product. At first sold as a cake, Maybelline began selling tubes complete with brush applicators in the 1960s, becoming the first mass-marketed mascara with the feature [source: Maybelline]. But Maybelline made its real mark on women's eyes in 1971, when it introduced Maybelline Great Lash. This mascara is instantly recognizable by its pink and green tube, the colors of which were inspired by designer Lilly Pulitzer [source: PR Newswire]. Every two seconds, at least one tube of Great Lash is sold in the United States [source: Alexander]. The lesson for aspiring entrepreneurs everywhere? Listen to your sister.

Maybe She's Born With It…

Though the slogan seems ubiquitous today, the line "Maybe she's born with it, maybe it's Maybelline" was adopted fairly recently, in 1991.

The company MAX Factor is responsible for many innovations in the world of cosmetics -- the company produced the first lip gloss, the first eyebrow pencil and is even responsible for the widespread use of the word "makeup" ("cosmetics" was the common term at the turn of the 20th century). But it's in the film and television industry that MAX Factor made its real impact.

In the early years of film, actors used the thick layers of makeup they would have used if they'd been on stage. While the audience couldn't see the cracks form in the foundation, movie-going audiences could. In 1914, MAX Factor produced a thinner form of greasepaint, available in several shades, that made the perfect foundation for the silver screen. A few years later, however, Technicolor came along, and the makeup again proved inadequate. Actors would often have a red or green glow on their faces, a result of the grease paint's reflection off costumes or other fabrics on the set. In 1937, the company introduced yet another foundation, Pan-Cake, so called because it came in a pan in the form of a cake. Pan-Cake covered skin imperfections, but its finish was transparent, so the world was spared the image of Scarlett O'Hara looking green in her homemade curtain dress.

Immediately, film critics noted the advances in makeup technology in 1930s films such as "Vogues of 1938" and "Goldwyn's Follies" [source: Procter & Gamble]. Just as quickly as Pan-Cake became the standard for movie makeup, it became the standard for normal women everywhere. That's because actresses would often take Pan-Cake home with them after a day on the set, and women, eager to wear what the stars did, demanded that it be made available in stores. As a result, Pan-Cake became the fast-selling item in the history of makeup [source: Tannen].

Bottles of Chanel No. 5 on exhibit in the Metropolitan Museum of Art
Associated Press/Hiroko Masuike

Marilyn Monroe once declared, famously, that the only thing she wore to bed was Chanel No. 5 [source: Steinhauer]. The perfume's bottle has proved so iconic that Andy Warhol used it as a subject for his work in the 1950s. And though the scent's been around since 1921, sales show no sign of slowing: Every 55 seconds, a bottle of Chanel No. 5 is sold somewhere in the world [source: Frankel].

Chanel No. 5 is the result of a meeting between Coco Chanel and perfumer Ernest Beaux. Previously, Chanel had shown little interest in getting into the perfume business. At the time, perfume was very frilly, with none of the sophistication and modernity that Chanel brought to fashion; flower-heavy scents with twee names were sold in ornate bottles. But Beaux had revolutionary techniques to share with Chanel. Rather than using the natural scent of one flower to create a perfume, Beaux created a formula that included aldehydes, or synthetic ingredients. In 2008, current Chanel perfumer Jacques Polge compared aldehydes to adding lemon juice to strawberries -- they bring out the essence of the main ingredient while allowing the scent to last all day [source: Frankel]. The main ingredients in Chanel No. 5 are jasmine and rose, and to ensure that this iconic perfume never runs out of its source materials, the company has signed contracts with small producers who work exclusively on producing the absolute best. 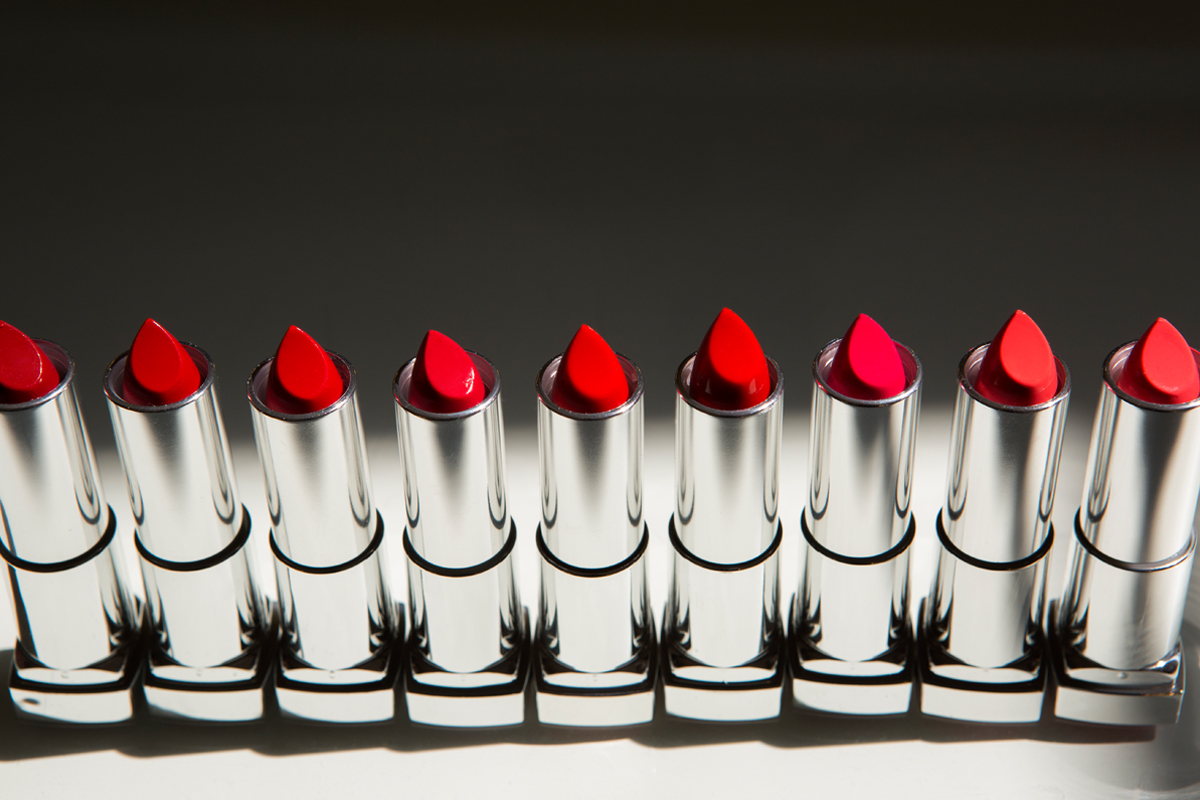