How to Avoid Angel-dusted Products 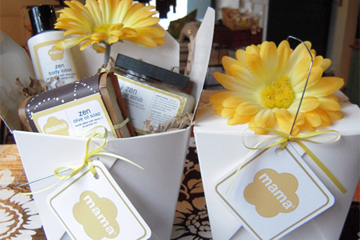 If you're wondering why you don't hear much about a practice that borders on false marketing, it may be because cosmetics companies spend a lot of money advertising their products in the marketplace. A newspaper or TV expose isn't going to win any advertising dollars for that publication or network. And since the practice is completely legal, it's not as much of a news story.

You can avoid buying products that have been angel dusted by carefully reading the ingredients list. If the popular ingredient that caught your eye is near the bottom of the list, chances are that it doesn't provide the therapeutic benefit it claims to. However, some clever companies even go so far as to claim the ingredient is part of a "proprietary blend." A blend that makes up 10 percent of the total product will be placed high on the list, even if the touted ingredient only exists in trace amounts within the blend. Unfortunately, there's really no way to verify this, as proprietary blends aren't required to be listed in full.

Another possible way to avoid angel dusting is to check out indie lines of skin care products that are eco-friendly and use natural ingredients. It's a good way to avoid chemically-laden products that may be deceptively marketed by cosmetics giants.