If you're spending the day at a spa or beauty salon, it's likely your complexion is about to benefit from a facial. You lie back in a comfortable chair and relax while a variety of lotions, creams, astringents and masks are applied to your face and neck. Your session ends with a face massage and you open your eyes to tighter, brighter, clearer, softer and younger-looking skin. (That's the idea, at least.)

Typically, you probably don't get bogged down in the details of the products being applied; after all, the esthetician is trained in skin care and has planned the facial based on your particular skin. But what if you suddenly caught a whiff of something strange? Or you opened your eyes and glimpsed an unusual material being applied to your face? If your esthetician hadn't discussed this with you ahead of time, you'd probably be very surprised.

Today, some spas are breaking away from the norm and using ingredients and techniques that are anything but traditional. Let's start by looking at a product that we normally associate with eating rather than facials: chocolate. 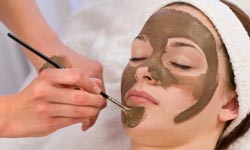 Wine facials might sound like another case of wasting something that's meant to be imbibed, not put on your skin. In some ways the concept is related to the same idea behind chocolate facials -- red wine contains antioxidants called polyphenols. It has also been touted as good for improving cardiovascular health, protecting arteries and raising levels of good cholesterol (HDL). Other ingredients in red wine, including the alcohol itself as well as a compound called resveratrol, may have heart-healthy benefits. As with chocolate, doctors caution that it's all about moderation.

Do these really translate to benefits to the skin? Some people think so. Fans say that wine facials improve circulation, help to even skin tone and brighten dull skin. Spa-goers in Jaipur, India, where wine facials gained popularity a few years ago, claim that they help to relieve stress, anxiety and even headaches. Typically, the wine is mixed with a medium such as aloe vera gel (the type of wine itself is chosen based on skin type -- rosé is said to be better for sensitive skin) before being massaged into the skin.

At some spas, using wine and wine-making byproducts such as seeds and pulp is known as vinotherapy. Often, these spas are located near wineries that also boast resorts. In 1993, owners of the Chateau Smith Haute Lafitte in Bordeaux, France, met with a professor from the Bordeaux Faculty of Pharmacy, who explained the antioxidant properties of grapes. Five years later, they opened the first of several Vinothérapie (trademarking the name in French) Spas. Wine facials are now available at various spas around the world.

Now that you're craving wine and chocolate, let's take a look at an unusual facial using something that your skin already gets in a different form: oxygen. 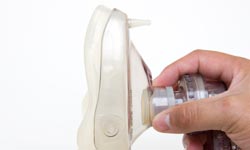 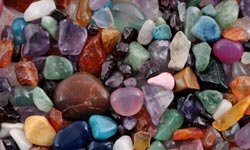 We know what they can do for your jewelry box, but what about your skin?
©iStockphoto.com/dblight

Gemstones are for admiring, coveting and wearing in rings, earrings, bracelets and necklaces. Now they're also for use in facials.

Exactly which gemstones are used depends on where you get the facial. So do the specific reasoning behind each stone and its placement on the face. Gemstone facials may involve manipulation of specific points in the lymphatic system, color therapy, astrology, Ayurvedic medicine or the concept of chakras. The overall concept, however, is that gemstones contain healing properties due to their energy.

Some spas in India use only the specific gemstone associated with your birthday based on Vedic astrology. Born in July, August or September? You're going to have your face massaged with a roller covered in sapphires. Other spas base their choice of stones on Ayurvedic medicine and may apply a facial mask containing crushed gemstones.

The EuroStone Facial is another variation, using stones like hematite (traditionally used in stone body massage) as well as semi-precious stones such as turquoise, amethyst and jade. The semi-precious stones are placed over corresponding chakra points on the face (described as energy centers where the lymphatic system, blood vessels and nerves meet). Proponents believe that this type of facial can stimulate circulation, detoxify and tone the skin as well as have healing effects on the entire body.

A note for you DIY types -- practitioners of gemstone facials stress that it's not as simple as just buying gems and putting them on your face; you need to understand the full philosophy behind it in order to reap the benefits.

We'll end our look at unusual spa facials with a facial using a precious metal that's currently selling for more than $1,000 per ounce. 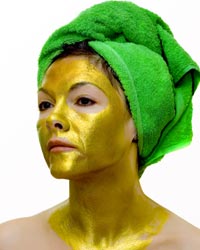 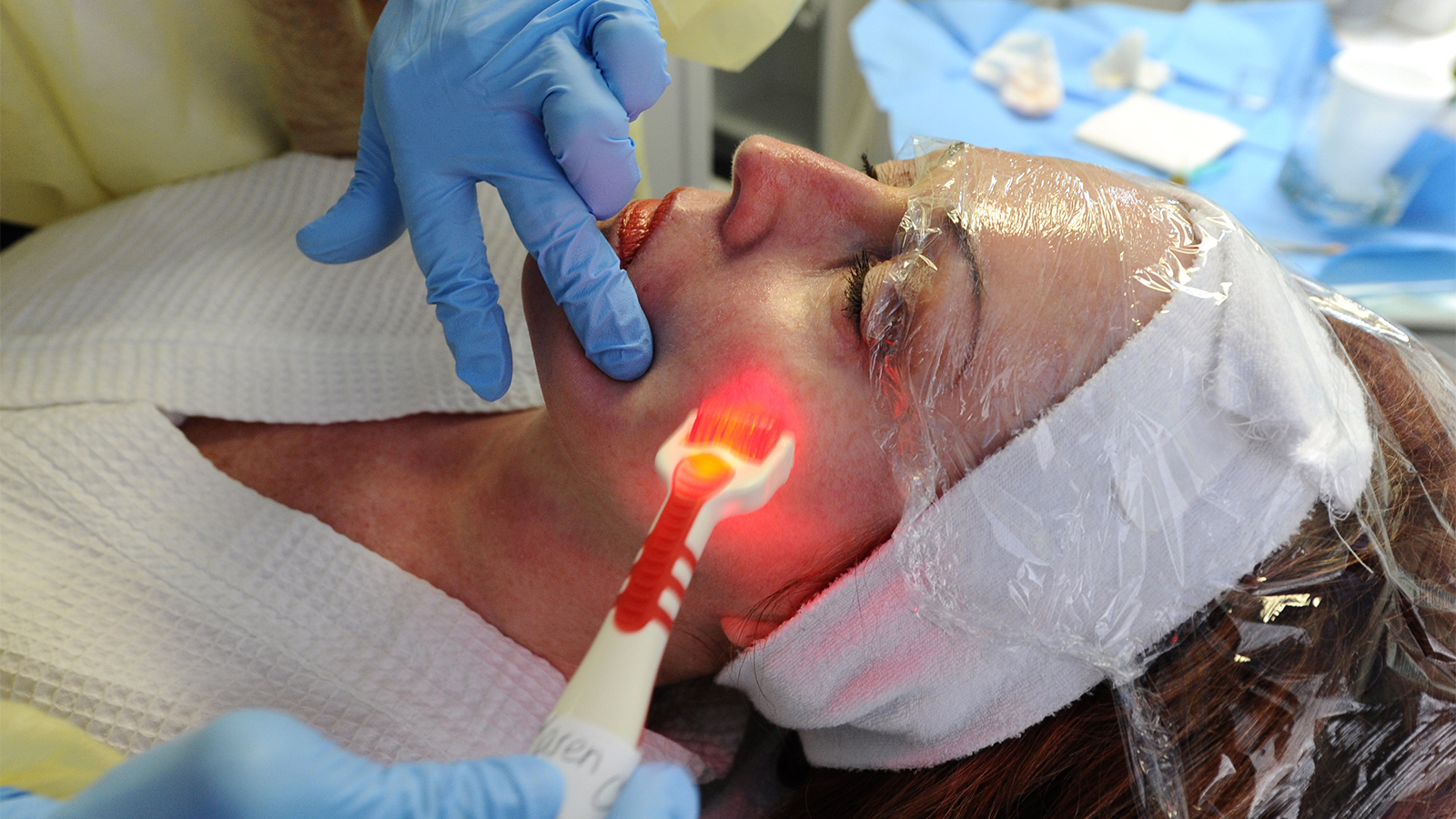 What Does Microneedling Do for Your Skin?

Touted as a way to stimulate new collagen production to reduce the appearance of fine lines, wrinkles or scars, microneedling is hot. But is it safe?

5 Things You Should Know About Brazilian Wax
Is it bad to share makeup?
How often should I shave my legs?