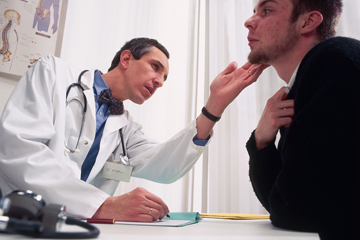 Antibiotics are no longer the silver bullets for acne treatment they used to be; they’re losing effectiveness because of antibiotic resistance.
BSIP/UIG/Getty Images

Pop quiz: What chronic disease strikes about 80 percent of the population, including almost all 15- to 17-year-olds, but has no known cause or cure [sources: NIAMS, Williams]? You'd think that an ailment that affects so many people would have doctors scrambling for a cure, or at least publishing study after study about it. There's not all that much research happening on this one, though. In fact, there's actually a study on this condition that reports the dire need for more studies. The same report states that the disease has "no ideal treatment" [source: Williams]. So, what is this illness that's apparently sweeping through the world unstudied and basically untreated? Stumped? It's acne.

"Chronic disease" might be a surprising term to hear in conjunction with acne − it's not a serious health threat, and for many, it's just an annoying fact of life in the teenage years. But those with severe, prolonged acne know that it can last for decades and is extremely difficult to treat. Acne breakouts happen when the Propionibacterium acnes (P. acnes)bacterium forms in pores that are clogged with oil and dead skin cells. For some people, topical ointments like benzoyl peroxide are all that's needed to get rid of the problem. But for severely inflamed acne, doctors turn to antibiotics − first topical, then oral − to kill the bacteria. Antibiotics are no longer the silver bullets they used to be, though − they're losing effectiveness because of antibiotic resistance.

The antibiotic courses prescribed for acne are usually low-dose and long-term, which unfortunately set up the perfect environment for the development of antibiotic resistance. Erythromycin, tetracycline, doxycycline and minocycline have been the most common anti-acne antibiotics for years, and with that longevity also comes a huge risk of antibiotic resistance. P. acnes has become so resistant to erythromycin, for example, that it's rarely prescribed anymore. Tetracycline and doxycycline are slightly more effective but have some side effects. Minocycline seems to have the least risk of resistance and is thus the best option, but its potential side effects are so negative it's usually a last resort.

So, you see the bind that dermatologists and patients are in when it comes to acne and antibiotics? It's never good when a treatment plan involves choosing between the lesser of two evils. Researchers have been urging the development of alternative treatments for years. "Health care professionals should begin to view P. acnes resistance as a therapeutic failure," said the author of one study in 2002, and more than a decade later, unfortunately, another antidote has yet to be found [source: Swanson].

Tattoos: Telling a Story of Self-esteem?
Quick Tips: Top 5 Anti-aging Foods
At a Glance: Worrying About Your Skin