5 Things You Need to Know about Sun Rash

When it comes to sun exposure, sunburn gets the spotlight. However, its lesser-known cousin sun rash can cause equal amounts of harm to your skin. And while this side effect of time in the sun doesn't get the publicity that sunburns do, it's just as painful and, therefore, worth knowing more about.

Put simply, a sun rash is an allergic reaction to sunlight. The most common form of this disorder is known as polymorphous light eruption (PMLE). When PMLE occurs, it can lead to burning, blistering and swelling of the skin (most commonly around the neck and chest). Chills, headache and nausea can accompany such reactions, while less intense complications may include small bumps, redness and itching.

But there's more to sun rash. In the following pages we'll look at risk factors for the condition, as well as ways to prevent or treat it. You'll soon learn that sun rash is just as undesirable as its infamous relation.

It's Not the Same As a Heat Rash

At first glance, it may seem like sun rash and heat rash are the same condition. In reality, the two reactions have different root causes. Sun rash is a response to ultraviolet UVA and UVB rays from the sun. Heat rash, on the other hand, results from heavy perspiration. Obviously, sweating often occurs during sun exposure, but heat rash is still a distinctly different response from sun rash.

Another thing that differentiates the two conditions is how the rashes appear. As we mentioned on the previous page, sun rashes erupt on areas exposed to the sun. Conversely, heat rashes show up in folds of skin that are perspiration rich but often hidden from the sun. For example, the insides of knees and elbows are prime locations for heat rash.

Heat rash is also more frequently observed in newborns and people who live in tropical climates. As you'll learn on the next page, the risk factors for developing sun rash are a bit different. Keep reading to find out more.

It's usually assumed that Caucasians are at highest risk for conditions related to sun exposure. That's generally a good rule of thumb. In fact, being fair-skinned is known to put a person in jeopardy of sun rash. But the condition can affect all races. In particular, people of Native American descent can have a hereditary predisposition for developing polymorphous light eruption (PMLE). Unlike general sun rash, which usually only lasts a few days, hereditary PMLE can plague a person throughout the summer.

Hereditary PMLE is also known to affect women twice as often as it does men. In general, women are more susceptible to any kind of sun rash.

Other risk factors for sun rash include being under the age of 30 and living in a northern climate. Because inhabitants of northern areas usually have less overall time in the sun, they're more likely to experience an allergic reaction when they're exposed to intense or prolonged sunlight, such as when they visit a tropical or sub-tropical region.

Perhaps the most common cause of sun rash is addressed on the next page.

If you don't have a history of sun rashes but develop one out of the blue, the culprit behind your sudden outbreak could be in your medicine cabinet. Certain medications contain compounds and ingredients that can make the skin more sensitive to sunlight, potentially leading to a type of sun rash known as a photoallergic reaction.

The classes of medication that are often associated with sun rash are birth control pills, antibiotics and antidepressants. However, the best way to know for sure whether or not the medicine you're taking is increasing your risk of a reaction is to check the warning label on your prescription. If you're still unsure whether it makes you more susceptible, ask your doctor or pharmacist.

Just because you're prone to developing sun rash, doesn't mean you can't prevent it. On the next page we'll take a look at the best ways to keep a reaction at bay.

A rare type of sun rash called solar urticaria can lead to hives in those who are exposed to sunlight.

If You're Susceptible, Prevention Can Be a Matter of Timing

Sometimes, the obvious choice is the best choice. The top tactic for sun rash prevention is reducing sun exposure. Unless you're a vampire, however, it's probably impossible (and undesirable) to avoid sunlight altogether. So, when you must go out, try to limit your time in the sun. It's also best to avoid being exposed to sunlight when it's at its most intense, which is between the hours of 10 a.m. and 4 p.m.

One way to improve your chances of not developing a rash is to get your skin used to the sun by slowly increasing the amount of time you spend outdoors, beginning in the spring and early summer.

Don't forget skin protection when you're outside. This can include wearing light clothing that covers your skin, and applying sunscreen with a sun protection factor (SPF) of at least 15. Sunscreen is most effective when it's applied frequently throughout the day -- even on cloudy days. Because both UVA and UVB rays can damage your skin and cause rashes, you should look for a sunscreen that protects against both. Don't forget sunglasses and sunscreen lip balm for protecting other delicate areas of skin.

Most Sun Rash Treatments Can Be Found Over the Counter

Unless your reaction is severe, you probably don't need a prescription treatment for it. The most common remedies for sun rashes include:

If these methods aren't helping, or if your symptoms are subsiding, you should consider having a doctor evaluate your rash. Other signs that you might need the assistance of a medical professional are pain, fever and a rash that spreads beyond the neck, chest, arms or thighs.

For severe cases of sun rash, prescription-strength antihistamines are recommended. A doctor might also suggest a procedure known as phototherapy to help your skin adjust better to sunlight.

For lots more information on protecting your skin from the sun, check out the next page. 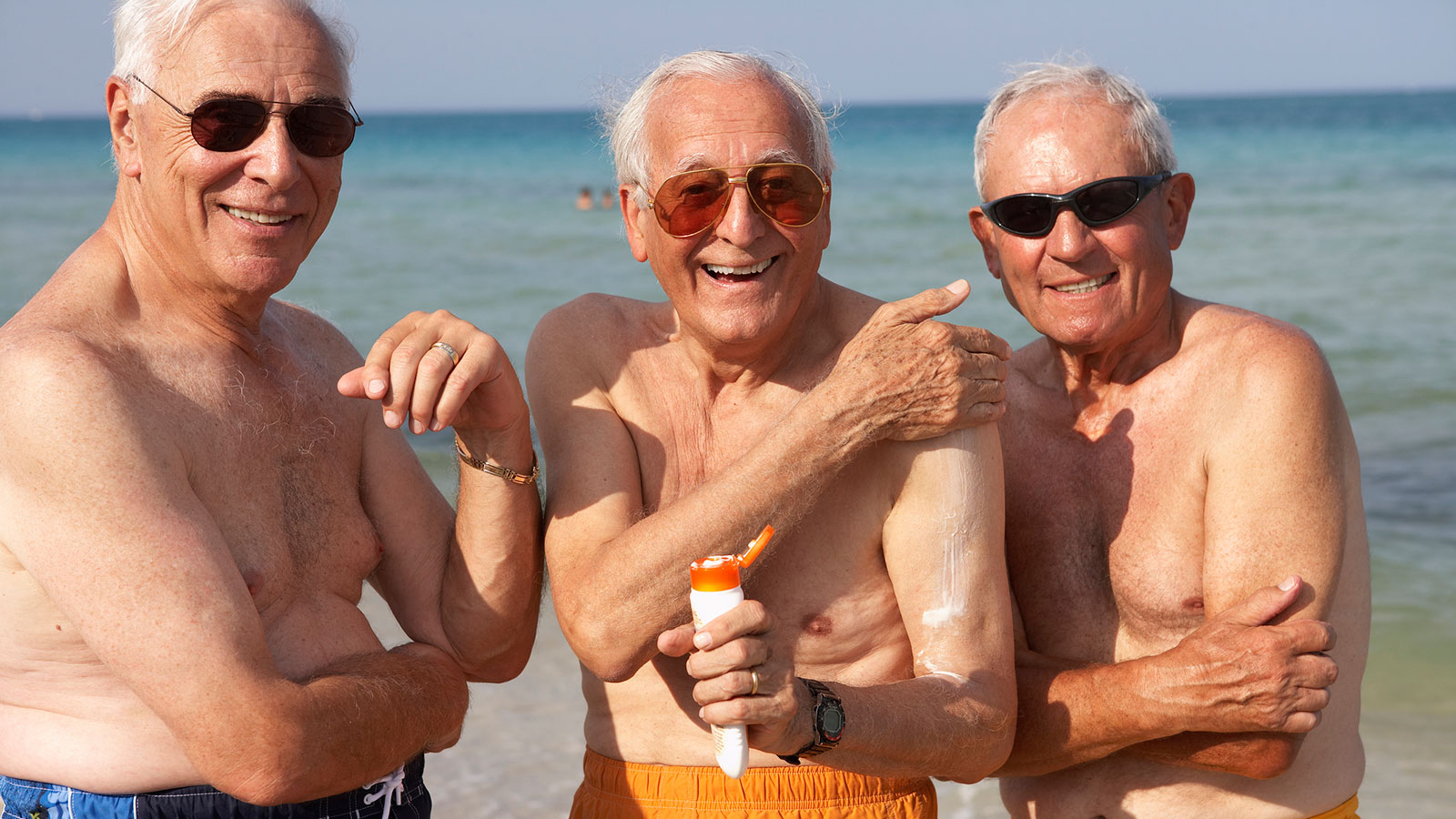 A new study shows people don't apply enough sunscreen. HowStuffWorks looks at what the right amount is and real-world tips for applying it properly.

Is It Possible to Be Allergic to the Sun?
Sun Rash
Solar Urticaria Overview

Facelifts: What You Need to Know
How much is too much when it comes to makeup?
How much does laser hair removal cost?