Are there ethnic differences in skin cleansing?

It's no secret that different ethnicities usually have different skin tones. But it doesn't matter whether an ethnic group's skin tone is a shade of white, olive, brown or black -- all people have melanocytes, the melanin-producing cells responsible for skin color. People with darker skin don't have more melanocytes than anyone else; theirs just produce more melanin [source: American Academy of Dermatology]. That doesn't mean, however, that all people of the same ethnicity produce the same amount of melanin. Some people of African descent have dark black skin, and others have light brown skin. The same can be said for Native Americans and south Asians, too.

People with darker skin tones tend to be more sensitive to problems such as ingrown hairs and acne. These things can lead to hyperpigmentation, which turns the irritated skin darker than the skin on the rest of the face. The spots often clear up, but not always. In fact, discoloration caused by a simple ingrown hair could end up sticking around for years to come [source: Marcus]. On a positive note, darker skin does help to naturally protect against the harmful ultraviolet rays of the sun. Even so, people with darker skin should take precautions to protect their skin to reduce the risk of skin damage and cancer.

As far as skin texture is concerned, ethnicity doesn't make a huge difference. Once again, people who share an ethnic background can still have completely different skin textures. One person might have dry skin that is flaky and irritated, and another can have oily skin that tends to break out. It varies from person to person regardless of ethnicity.

Read more about differences in ethnic skin tone and texture and cleansing techniques by visiting the links below.

Caucasians have long been the majority in the United States, but that might not be the case much longer. Many officials predict that less than half of the U.S. population will be made up of Caucasians by the middle of the 21st century [source: Marcus].

Quick Tips: Is It Normal for Your Face to Turn Red After Washing? 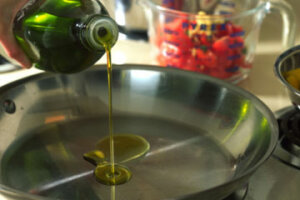 How to Wash Your Face with Olive Oil 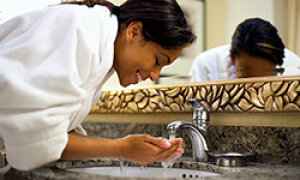 Quick Tips: Should you wash your face with warm or cold water?