If you have oily skin, can you still use an oil-based cleanser? 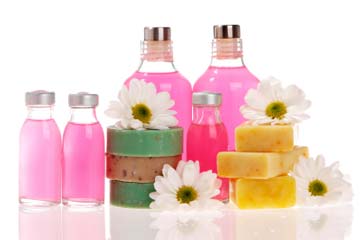 There are lots of choices when it comes to skin care. Have you chosen wisely?
©iStockphoto.com/Kasia75

Nickelodeon's Inside-Out Boy, from the eponymously-titled, short cartoon series, led a pretty improbable life. After his daredevil spin over the top of the swing set, his major organs ended up on the outside of his body. Classic cautionary shtick geared toward children, sure, but in real life the results wouldn't have been comical at all. It might be easy to take skin for granted; it's not as though it has some kind of super-obvious role like holding the body upright or pumping blood through miles of blood vessels. Instead, skin appears to just rest inertly on the surface as the world drifts by.

But despite its seemingly passive demeanor, skin actually performs some pretty critical roles on a constant basis. It keeps moisture inside the body -- you wouldn't want those eight glasses of water a day evaporating the minute you drank them, after all. It also protects your internal organs by keeping foreign particles like dirt and bacteria from finding a way inside.

To do this, skin produces an oily substance called sebum, which is a cocktail of materials including fats, proteins, inorganic salts and dead gland cells. A protective coating of sebum, courtesy the sebaceous glands, is perfect for helping prevent stuff from passing through. Unfortunately however, sometimes sebum levels fall out of balance. A dry winter day, a long, hot shower, a vigorous exfoliating facial -- these sorts of things are all capable of stripping sebum away. On the other hand, some people have sebaceous glands that are more energetic than average, which is largely the fault of genetic inheritance and overzealous hormone production. This causes them to have an oilier complexion, often accompanied by an acute case of acne.

Whether your skin is too dry or too oily, there's a veritable army of skin care products on the market all touting their ability to make skin zesty and fresh. An ideal cleanser removes junk like dirt, dead skin cells and excessive oil while preserving the protective barrier and keeping the pH level undisturbed. While they generally share these common goals, the formulas for different cleansers vary greatly. Common descriptions you might see on the side of a bottle include oil-based, water-based and oil-free. The first two both contain oil and water but in opposing amounts, while the third contains no oil at all.

Someone with oily skin might be shaking their head in disbelief at the thought of adding more oil into the mix, but the idea has been tossed around. On the next page we'll get the dirt on whether people with oily skin should use oil-based cleansers and fight fire with fire.

Is more oil the answer? 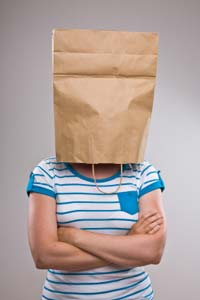 Oily skin got you down? Shop around to find what works best for you.
©iStockphoto.com/izusek

There's no absolute yea or nay when it comes to which type of cleanser works best for people plagued with oily skin. Water-based and oil-free cleansers tend to be the most commonly recommended, although some people are in the oil-based cleanser camp. For those enthusiasts who do advocate oil-based cleansers, the theory basically goes like this: There's a general rule of thumb in chemistry called "like dissolves like" that describes how substances of different polarities tend to interact. Water (which is polar) cannot dissolve oil (which is nonpolar) and vice versa, but they can dissolve substances of their respective polarities. Therefore, if you're trying to clean off an oily face, oil can do the trick.

Nevertheless, most experts say stick with the traditional recommendations. Consider focusing on products that are oil-free, non-comedogenic (claiming to not clog pores) and contain ingredients like salicylic acid or benzoyl peroxide (which can help fight acne). Warm water is better than hot, and the process should be gentle -- even washcloths can be too abrasive.

When it comes to oil and acne advice, even more discussed than the type of cleanser is the strength of the cleanser. It might feel satisfying to scrub your skin raw with harsh cleansers, scour it off with coarse exfoliants and polish it up with more than a touch of toner, but chances are good that after this treatment your skin will be shouting for a timeout. Attention overload tends to irritate it and strip away too much of the beneficial protective barrier. Plus, irritated skin loves to return the favor by pumping up oil production and popping out more pimples. It can also leave skin feeling dry and decimated -- a real no-win situation.

Perhaps most importantly, you should be open-minded and flexible when it comes to settling on an ideal skin care routine. Different products work better or worse for different people, so if you've given one a fair shot and the results aren't great, try tweaking things around. An oil-based cleanser might be the ticket for someone whose skin protests the use of water-based cleansers.

It also helps to experiment with how often you wash your face (twice a day is a good place to start) and the type of moisturizer you use, since other factors could be jinxing you in terms of skin care success. And speaking of moisturizer, even if people have oily skin they should still definitely moisturize, although it's good to go for a lighter one.

On the next page are lots of links to help you clear up any other skin care questions you may have.

What should men look for in body acne cleansers?
Can you use oil-based moisturizer on oily skin?
The Best Face Cleansers for Your Skin Type