by Chris Obenschain
Prev NEXT
4

Although shea butter's smoothing, moisturizing and regenerative effects have been known for centuries, it's only recently begun to gain widespread popularity. Shea butter is naturally gluten-free and offers consumers -- regardless of their tolerance or intolerance of gluten -- an alternative to the chemical-laden skin care products found in most stores.

Shea butter is the natural fat of the fruit borne by the African shea tree, also known as the karite or mangifolia tree. People with skin conditions such as eczema, psoriasis and dermatitis herpetiformis commonly use shea butter as a moisturizer and emollient -- it's loaded with vitamins A, E and F. Shea butter can also be used as an anti-wrinkle cream, a moisturizer, an ointment for rashes and burns, a skin softener and toner, and a scar and stretch-mark remover. It restores elasticity to the skin, eases arthritis pain and is a principle ingredient in many popular skin cleansers.

But don't assume that because shea butter is listed in the name of a product that it's gluten-free. Unless you're using 100 percent natural shea butter, you need to check the product's ingredient list to make sure there are no additives containing gluten. 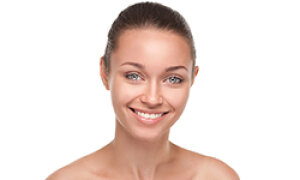 The Best Face Cleansers for Your Skin Type 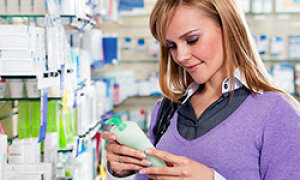 5 Ingredients to Avoid in Your Face Wash 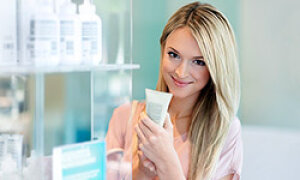