Is exfoliating every day too much for your skin? 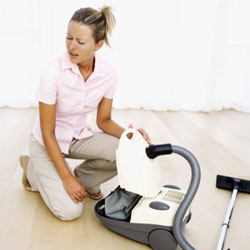 You can't stand your dog's shedding problem. No matter how often you sweep, you find drifts of dander piled into every corner. Don't be so hard on the poor pooch, though; you shed too. In addition to the occasional hair you'll find swirling around your bathtub drain, you also scrub away your skin cells. As much as 75 percent of the dust that accompanies that dander is composed of your dead skin cells; in fact, almost nine pounds (four kilograms) of dead skin sloughs off of you each year [source: Reucroft and Swain].

Daily exfoliation sounds like a good idea, doesn't it? It turns out, though, that speeding up the natural process of shedding dead skin cells (known as desquamation) can be harmful when done too frequently. 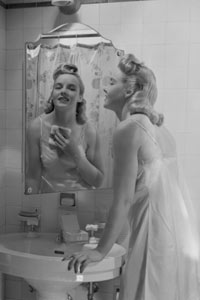 It may reveal beautiful skin, but exfoliating every day is actually more harmful than beneficial.
Ralph Nau/Getty Images

A cell dies after it has divided a set number of times -- a process called apoptosis. Following apoptosis, a cell stops functioning, but remains intact. Other cells in the body destroy and remove the cellular debris from the body. The cell structure, contents and the DNA found in the cell nucleus are broken down and enveloped by microphages, which prevent this organic waste from being reabsorbed by the body. In other words, most dead cells are little more than physiological trash.

Instead of exfoliating every day, you can slough off dead skin by gently using a scrub once a week. If you use a hydroxy acid, then once a week is about as often as you should apply it [source: Flamberg]. If your skin continues to feel irritated, you should stop using these products. Of course, as with most things, you might want to consult a dermatologist before beginning an exfoliating regimen.

Top 10 Natural Exfoliants
How many skin cells do you shed every day?
How to Moisturize When You've Got a Sunburn