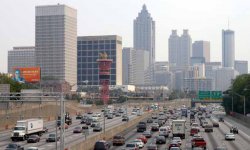 Certain cities are better when it comes to keeping your skin healthy.
Barry Williams/Getty Images

If you've ever had to move, you know that there's a lot to consider when choosing a new zip code: the cost of living, schools, property taxes, and more. But did you ever stop to think about how certain cities might affect the health of your skin? Moving to Albuquerque, for example, could help clear up your complexion if you're acne-prone. However, if you're dealing with parched skin, the dry air of the desert might worsen your condition.

But before you start packing your bags, keep in mind that "there's no one universally ideal climate for skin," says Francesca Fusco, M.D., assistant clinical professor of dermatology at Mount Sinai School of Medicine in New York City. "It varies depending on your skin type." Still, certain cities offer conditions that are beneficial for clear, healthy skin and have more residents with glowing complexions. Read on to discover the top 10 best cities for great skin. 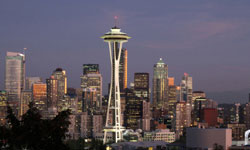 This rainy city in the Pacific Northwest may be famous for its coffee (hello, Starbucks!) but it should also get recognition for its high number of residents with healthy skin. Because sunshine isn't ample—it only peeks out of the clouds 47 percent of the time—there are few instances of over exposure to the sun and sunburn, says Fusco. It also helps that the city has low pollution levels. Still, it's important to wear sunscreen since you can get a burn even on overcast days. Go with one that's at least SPF 15 before heading outdoors. 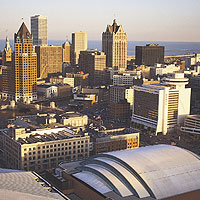 The cheese state probably conjures images of beer, snow and, of course, cheese but it has even more to offer—including the right climate for great skin. "Due to the longer winters and shorter summers, there is less risk for overexposure to the sun and sun damage," says Jody Levine, M.D., clinical instructor of dermatology at Mount Sinai School of Medicine in New York City. But that doesn't mean you can forgo sunscreen. Snow reflects the sun, which can damage skin, so slather on a sunblock that's at least SPF 15. 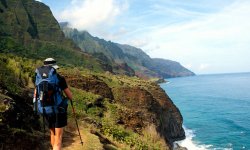 Considering that Honolulu has an average of 278 sunny days a year, it may come as a surprise that the city is good for your skin. "But pollution levels are very low," explains Levine. Indeed, Honolulu has the lowest rate of pollution in Hawaii and zero high-ozone days. The humidity levels can also benefit dry skin. Plus, the ample sunshine means that residents are diligent about sun protection. If you're visiting, remember to wear sunscreen, warns Levine. One with at least SPF 30 is your best bet. 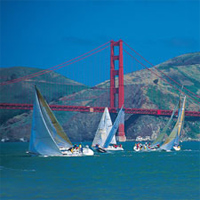 "Because the weather in San Francisco is pretty much always the same, it doesn't require frequent changing of your skin care routine," says Fusco. "This makes it easier to keep your complexion clear and healthy." Plus, the City by the Bay is very rarely sunny, which reduces the risk of sun damage. Another boon: the city has the lowest number of tanning beds per capita in the U.S., which may be why it has a low skin-cancer death rate. 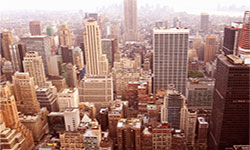 Believe it or not, the Big Apple actually has one of the lowest rates of skin cancer in the country. "Pollution levels here are on the higher side but it's only notably sunny about half of the year," says Levine. "Thus, there is less risk for overexposure to the sun." Plus, the recent smoking ban shields New Yorkers from harmful secondhand cigarette smoke, which can make skin look dull and contribute to fine lines and wrinkles. 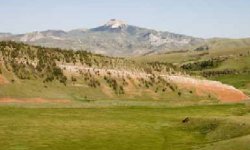 According to the American Lung Association, Cheyenne is one of the least polluted cities in the U.S., which is crucial for healthy skin since pollution creates free radicals that can damage your complexion. It also helps that the capital of the Cowboy State has the shortest average commute for its residents (just 18 minutes!). Less time spent in traffic means less stress—and that's a good thing considering that stress damages collagen, increasing the appearance of fine lines and wrinkles. 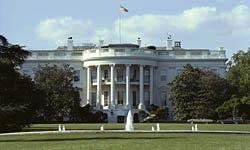 Our nation's capital is only sunny about half the year, which reduces excessive exposure to the sun, says Levine. Perhaps this is why Washington, D.C. has one of the lowest incidences of skin cancer in the country, and the rate of melanoma is 7 per 100,000, the lowest in the country [Weather.com]. Residents of D.C. also shy away from tanning beds. Another healthy boost for Washington, D.C.: It's the happiest city in America, according to a Gallup survey. 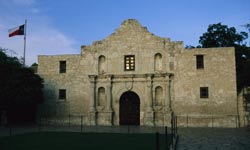 Despite the sun, heat and humidity, the state of Texas actually has one of the lowest percentages of skin cancer in the country. "And there's a particularlylow incidence of skin cancer in San Antonio," says Levine. "This is likely due to the fact that there are very few tanning facilities in this city." Indeed, tanning beds may increase the risk of melanoma by 75 percent, according to the Centers for Disease Control and Prevention. [CDC] 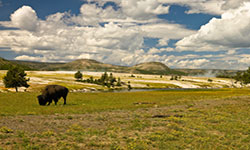 Often make the list for the least polluted cities in the U.S., Billings helps your complexion by reducing pollution and saving your skin from harmful free radicals that can damage. "There are also average levels of sunshine and humidity, which is helpful to skin," says Levine. However, be warned that this Big Sky Country city is known for having many tanning salons so if you do move there, avoid falling under the influence of its residents. 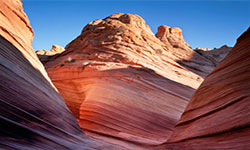 Sunshine sure is plentiful in this city, but pollution is extremely low, which is very beneficial for your skin, says Levine. In fact, Arizona has a low rate of skin cancer, with just 1,460 residents diagnosed with melanoma in 2009. [EPA]

But since Flagstaff is at one of Arizona's highest elevations (and therefore has a thinner atmosphere), it's crucial to wear sunscreen and a hat when you head outdoors. Choose a sunscreen with at least SPF 30, which blocks 97 percent of UVB rays. And make sure the bottle is labeled as broad spectrum, so you know that it protects you against both UVB and UVA rays. 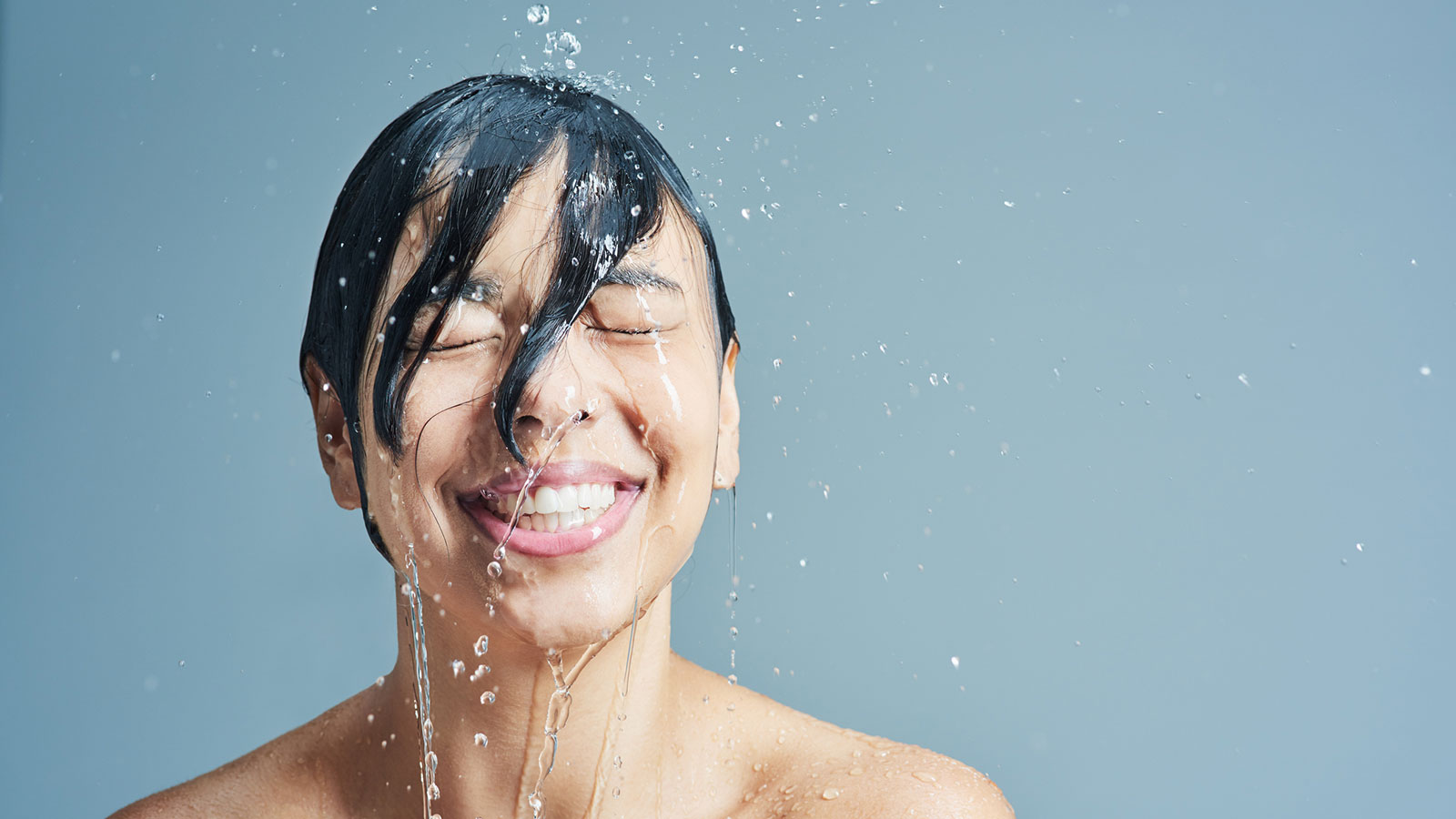 HowStuffWorks looks at the debate between morning and evening showers.