Browse the article Midnight Snacks Could Lead to … Sunburn? 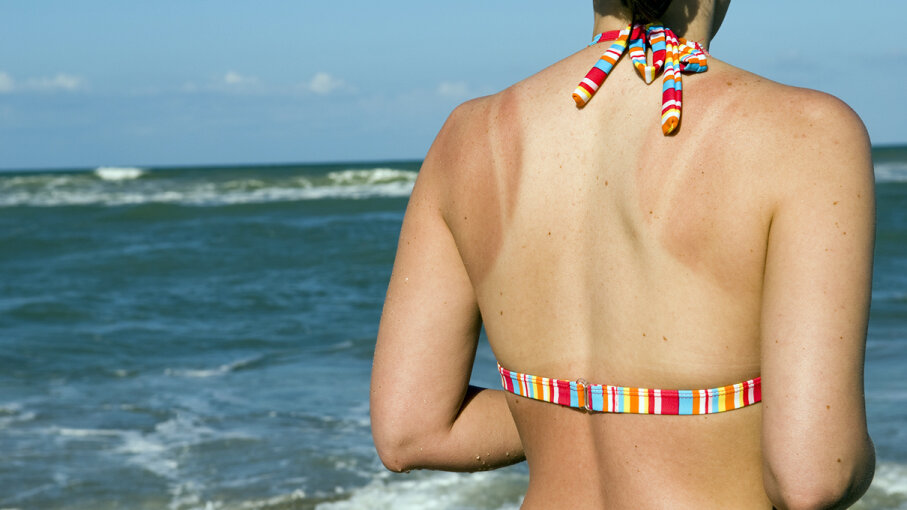 If you've ever tried to lose weight, chances are you've heard all kinds of (likely unsolicited) advice about calories, carbs, cleanses and more. One bit of wisdom people often throw around: Night-time eating is the worst for your waistline. And while recent research has lent an increasing amount of cred to that assertion, scientists are now finding another possible unappetizing consequence of late night dining: an increased risk for sunburn.

Wait, an increased risk of sunburn? Yep. A study conducted by the O'Donnell Brain Institute and University of California Irvine found that mice who were fed only during daylight hours (unusual timing since they're nocturnal animals) sustained more skin damage when they were exposed to ultraviolet B (UVB) light during the day than at night. Researchers think this means abnormal eating times could disrupt the skin's biological clock, as well as the production of xeroderma pigmentosum group A (XPA), an enzyme that repairs UV-damaged skin, which shifted to be less active during the day.

Mice that were fed during their normal nighttime hours did not show the same altered XPA cycles and were also not as vulnerable to the daytime UV rays.

"This finding is surprising," Dr. Joseph S. Takahashi, chairman of neuroscience at UT Southwestern Medical Center's Peter O'Donnell Jr. Brain Institute said in a statement. "I did not think the skin was paying attention to when we are eating."

But if the sun-damaged mice have anything to tell us, it just might be. The study, published in the August 2017 issue of the journal Cell Reports, describes how the rodents that received food during their typical nighttime eating schedule didn't show the exhibit altered XPA cycles, and were less likely to sustain damage from daytime exposure to UV rays. And while more research is needed before scientists can extrapolate any results to humans, the scientists are intrigued by the unexpected findings.

So the takeaway for now? Until science says otherwise, try to eat your meals during appropriate hours to potentially avoid the fate of the sun damaged mice.

Now That's Cool
Dr. Joseph Takahashi is a pioneer in the study of the human circadian clock and was also instrumental in another study published in July 2017. It bolstered the idea that the time of day we eat is more important to losing weight than how many calories we actually consume. He is also working on long-term research to measure how food and eating affects aging.