Does shaving oil moisturize my skin? 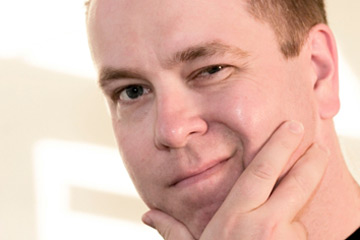 You can use today's moisturizing shaving oils in lieu of foams or gels, but does your face need more moisture after your shave's done?
©iStockphoto.com/upsidedowndog

For some men, it's a ritual; for others, it's a pain in the, well, face and neck. Unless you're a man who's decided to adopt a long-term look that incorporates an unkempt beard, you're going to be shaving that mug with some regularity for the rest of your life.

In bygone days (though some have carried the tradition forward), men prepared their faces for shaving by wetting a "shaving soap" and using a shaving brush to apply the soap to the face and neck. Later, shaving creams and gels were developed in a variety of dispensers, including the classic aerosol "instant foam" can. While these allowed for a quicker lather, the instantaneous foaming also meant there was less face rubbing to work up lather, which itself helped soften and prepare the beard for shaving.

Enter the first incarnation of shaving oil. Shaving oil -- when used in tandem with shaving cream -- helps protect your face from scrapes, nicks and cuts. How? It provides a protective layer between your skin and the shaving cream, so the razor glides over the skin, stripping away beard hairs and lather, but leaving the skin intact.

However, in recent years, shaving oils have been revamped. Instead of facilitating the use of shaving creams or gels, new shaving oils replace those products, meaning that a little container of shaving oil -- and your razor -- is all you'll need to prepare your face for the big job interview.

But does shaving oil moisturize your skin? Keep reading to find out.

Does shaving oil make the cut?

Before you use shaving oil, you'll first want to wash and clean your face. Otherwise, you'll be placing a layer of oil over a preexisting layer of dirt, dead skin cells and your skin's natural oils. This is going to both make for a poor shave and cause your skin to break out due to clogged pores.

Newer shaving oils contain many ingredients found in moisturizers, including vitamin E, mineral oil, aloe and any number of natural oils, such as avocado oil and sunflower oil. What shaving oil often lacks, however, is the sunscreen that many moisturizers contain. Also, you likely won't find antioxidants that help repair existing skin damage, or vitamin A to stimulate collagen production to help fill in wrinkles.

Shaving oil does moisturize your skin. However, nothing beats actual moisturizer. Though you've applied shaving oil, you've also put the blade to your face, put your hands all over your face, rinsed your face and towel-dried your face. It's a safe bet that a little additional moisturizer -- following a final post-shave cleansing -- could deliver the skincare goods to your face better than whatever remains of the oil you've already applied.

An additional moisturizer is also a better alternative than most aftershave products, which are generally alcohol-based. While the resultant sting and burn of aftershave will make you feel like something is happening (namely an application of antiseptic to your possibly nicked-up skin), what you'll also be doing is drying out your face. After what you've just put your face through, it deserves a little additional moisturizer.

You can also use another "home-remedy moisturizer" that doubles as shaving oil: olive oil. While it won't provide sun protection, a little (high-grade) olive oil can both give your skin a healthier appearance and prevent your razor from removing something that was supposed to remain attached.

See the next page for lots more information on shaving and moisturizers.

The Cutting Edge: Preventing Razor Bumps
Are there harmful chemicals in shaving cream?
How often should I shave my beard?