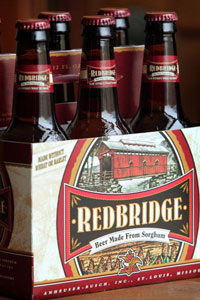 If you've been diagnosed with celiac disease or have decided simply to opt for a gluten-free lifestyle, you've probably run into a profound lack of choices in things to eat, drink and even touch. Unfortunately, it seems as if grain derivatives like oat kernel flour (avena sativa), wheat flours and wheat germ oils, rye, malt and other gluten proteins are everywhere and impossible to avoid.

More people are adopting a gluten-free lifestyle for various reasons. They may want to treat conditions like joint pain holistically, or feel that gluten isn't a necessary part of a healthy diet, or have been diagnosed with celiac disease -- an autoimmune condition whose symptoms are triggered by consuming wheat, oat and other grains. The medical community has recently come to recognize that the scope of this condition is far wider than previously thought. In fact, as many as 3 million Americans are now believed to suffer from celiac disease [source: University of Chicago]. As a result, more companies are creating products that are gluten-free. Gluten-free ice cream (and cones), bread and even beer have begun to appear in markets everywhere.

The same goes for skin care products as well. Several companies, large and small, natural or otherwise, have released gluten-free products, including some top-notch moisturizers. Some advertise their gluten-free ingredients list, others simply don't have gluten products in them. Either way, celiac disease sufferers with dry and cracked skin no longer have to worry about what they're slathering on themselves. Here are our top five gluten-free moisturizers, in no particular order. 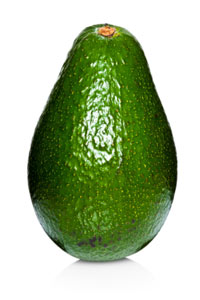 Founded by a skin cancer survivor, Keys is a company that goes to great lengths to keep chemicals out of its products. It maintains a list of more than 1,100 chemicals that the company has banned as ingredients in its skin and body care line [source: Keys Soaps].

The company also knows that, for some people, gluten can be just as harmful as many chemicals. As a result, Keys sells several products that are gluten-free. Perhaps its most popular gluten-free moisturizer is the Luminos Hydrating Moisturizer. The product is packed with avocado and Aloe Vera that soften skin and only 10 other ingredients, all of which are quite easy to pronounce.

Even better, there's no need to search the ingredients list for evidence of gluten. The words "gluten-free" appear on the front label of the Luminos moisturizer. 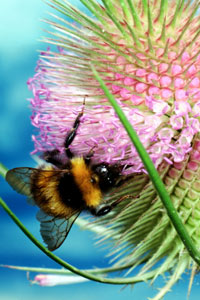 Burt's Bees made a trusty name for itself in the eco-conscious world by being among the first to offer a serious line of skin and body products that shun synthetic ingredients. Many of Burt's Bees products use -- you guessed it -- beeswax as a base. For their Radiance Day Crème, the company went even further into the hive to come up with royal jelly.

This substance is a mixture of flower parts, nectar and pollen. Bees make it to feed to budding queens and Burt's harvests it for your skin instead. The jelly should have a positive impact on your skin's appearance, as it contains more than 100 nutrients.

The Radiance Day Crème is also a gluten-free product, although it doesn't advertise as such. While people with celiac disease have nothing to fear, if you have an allergy to pollen, you should avoid this one, as it's packed with so much of the stuff. 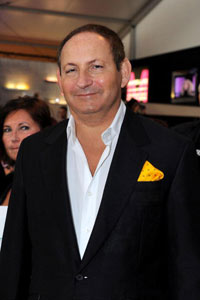 John Dempsey, president of MAC Cosmetics, has a gluten-free moisturizer for you.
Katy Winn/Getty Images for IMG

Some larger companies are beginning to take notice of the needs of people with celiac disease and gluten-free lifestyles. MAC, the iconic New York-based cosmetic manufacturer, has introduced a gluten-free moisturizer.

MAC's Strobe Liquid Moisturizer is gluten-free, although it does contain corn and soy derivatives. It contains diffusers and pigments that give the skin a healthy color, glow and tone. The company says the skin on your face can absorb the product quickly. However, some users have reported the moisturizer is heavy duty; you may want to try it out on areas of your face that aren't prone to breakouts at first [source: Gluten-Free Hub].

The bottle doesn't boast its status as gluten-free, but you can take comfort in MAC's reputation for using animal cruelty-free ingredients [source: PETA2]. 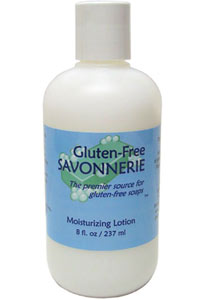 Who better to buy gluten-free products from than a family that leads a gluten-free lifestyle? After being diagnosed with celiac disease 2001, Christine Muir founded the Gluten-Free Savonnerie in Wildrose, N.D., with her husband Mark.

Since then, the company has launched a line of body and skin care products, including their Moisturizing Lotion. Composed of only eight ingredients, including jojoba seed and avocado oils, the moisturizer is light, but can restore some serious moisture to dry skin. The company says its product is 97.1 percent natural [source: GFSoap]. 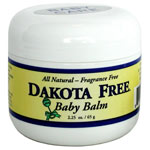 The last in our list of gluten-free moisturizers is produced by a company that's also based in North Dakota. Dakota Free is a family-run company, founded and operated by the Gillund family.

The Gillunds say they tired of looking for natural body products that didn't contain pesticides, which had plagued the family's health. Instead, they decided to create their own line of skin care products, including the gluten-free Baby Balm moisturizer.

There are only six ingredients in Dakota Free's Baby Balm, five if you opt out of the version with lavender oil. The product is also free of animal-tested ingredients (although it does use beeswax, which also makes it vegetarian, not vegan), it's organic and even peanut free as well.

The balm is thicker than most moisturizers and it shouldn't come as a surprise that it heals and softens. After all, who knows chapped skin like North Dakotans? 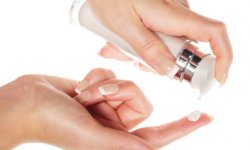