What is jock itch? 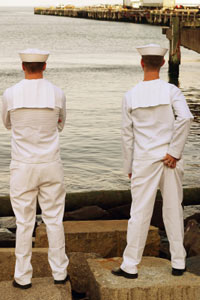 Skin Problems Image Gallery It may not be polite, but if you've got a case of jock itch, you might not be able to help it. See more pictures of skin problems.
©iStockphoto.com/hillwoman2

Your groin is a popular spot for fungi to mingle. The fungi are called dermatophytes, and they're always on your skin. In those dark, damp conditions that sometimes occur "down there," dermatophytes can also multiply and spread. Make it dark and damp enough, and these fungi can grow out of control.

If you add sweat and friction to the mix, those points-of-contact and skin folds in your leg and groin area become agitated, and the skin breaks. Bacteria get into the wound, inflaming the skin. The bacteria then multiply under the dank conditions that sometimes occur in your groin area.

There are several different fungal infections that can take root south of your torso. There's intertrigo, a common rash that appears brownish, oozy and, in time, crusty. Up close, the affected area will appear to have tiny little lacerations. Or it could be folliculitis, in which your hair follicles form little whiteheads. Perhaps it's inverse psoriasis, usually caused by thighs rubbing against each other and resulting in redness. And then there's erythrasma, a bacterial infection that gets red and just mildly itchy.

But the most infamous groin rash starts pretty inconspicuously, as a little itch that's hardly a bother. Give it time, though, and that itch will grow to crazy proportions, leading to relief-seeking behaviors that aren't appropriate in most public spaces. This itchy predicament is known as tinea cruris, or jock itch.

Here's to hoping the affected area is in the crease where your leg meets your torso. That's your groin, and it's a common place for jock itch to start. Under the right (or wrong) conditions, it can spread to your inner thighs or your buttocks. It can even spread to your genitals or anus.

But only jocks get it, right? Yeah, they do -- but you can, too. Contrary to popular belief, jock itch affects both men and women, athletes and nonathletes.

What else should you know about jock itch? How do you get it, how do you prevent it, and how the heck do you get rid of it? You're going to be laundering some undies today, but hold off until you read the next page.

Jock Itch Basics: It's a Jungle Down There 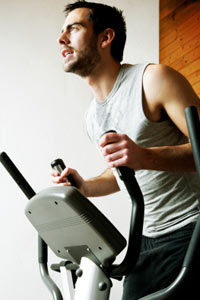 Those clothes need to go straight into the hamper -- or directly to the washing machine.
©iStockphoto.com/caracterdesign

Jock itch is a fungal infection that often occurs right in the crease where your leg attaches to your lower abdomen. While most of the time your infection will be "home-grown," you can catch it from other people, too. Jock itch spreads from person to person through the sharing of towels, pants or undergarments, or through sexual contact. If you have athlete's foot, you can even spread it to yourself if your feet make contact with your undergarments or pants when you dress, spreading the fungal infection to your groin area.

Although anyone can get it, jock itch shows up most often on middle-aged men. People who are overweight or have diabetes and those with weak immune systems are also at increased risk of developing it.

Don't let the name of the condition slander the reputations of jocks -- jock itch gained its moniker because sweat is usually a primary culprit in its rampant fungal growth. Sweat washes away natural protective oils on your skin that normally keep the ever-present fungi in check. Excessive sweating also sets the stage for bacterial reproduction.

Other contributing factors include:

So what does jock itch look like? Sometimes, it may not look like anything at all. Jock itch can be very itchy -- even causing a burning sensation -- without the presence of a visible rash. However, it can worsen from continued friction with undergarments, as well as continued heat, humidity and direct moisture. Given enough time, you'll be able to see a red or pink rash. The rash may be in the form of near-perfect circles, and the area may be scaly-looking. Skin may crack or peel, and tiny bumps may form at the hair follicles.

You don't want to leave jock itch untreated, and you'll have a constant itchy reminder not to do so. If left untreated, jock itch can lead to all kinds of troubles, like ulcers, open sores, abscesses and cellulitis, a potentially life-threatening skin infection. If it spreads to the genitals, it can cause infection, especially in uncircumcised men. Women may develop yeast infections.

Got your attention? On the next page, we'll learn how to prevent this from happening in the first place, and how to get rid of jock itch before it turns an otherwise perfectly good groin bad.

Your best bet for preventing jock itch is good hygiene. Good hygiene will also go a long way toward getting rid of it if you already have it. Other times, advanced measures are called for.

You may know right away you have jock itch, especially if you've had it before. If not, a doctor can diagnose it visually, and will usually confirm suspicions with a simple skin swab. A bacterial culture may be collected to make sure you don't have a staph infection.

Some simple adjustments can be made to turn the tide on jock itch. For starters, wash several times a day with a non-soap cleanser or even just water. You don't want to use soap because it may agitate your now-sensitive skin.

If you have a large pile of unwashed shorts, underwear or athletic supporters somewhere, you're going to want to start washing those regularly. Since your skin is sensitive right now, don't launder clothes using fabric softeners or scented detergents. Also, make cotton the fabric of your fungal life. This material breathes well, and will help eliminate some of the damp or confined conditions that can occur when you wear other materials, especially during or after exercise.

There are several over-the-counter anti-fungal sprays, shampoos and creams available. These should be applied after bathing or cleaning the affected area. Topical treatments may include clotrimazole, which keeps fungal cells from developing membranes. Betamethasone is another common topical medication that suppresses inflammation and prevents your body's natural immune response to the skin agitation from worsening the situation. These two drugs are commonly combined in the same cream or lotion.

Anti-fungal medications should be rubbed onto affected areas, which should then be left unbandaged and allowed to "breathe" as much as possible. Of course, follow all directions for the product you use, and if you don't see any improvements in about a week, consult with your doctor. If you have a particularly stubborn case of jock itch, your doctor may prescribe anti-fungal pills that should knock it out.

Once jock itch goes away, you may notice discoloration in the area that has healed. This should go away with a little time, and scarring is unusual.

For lots more information on jock itch and skin care, see the next page.

Is massage good for my skin?
15 Ways to Get Rid of Acne
How does safflower oil benefit skin?