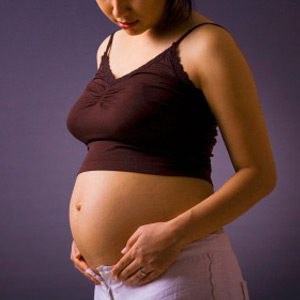 If you ever suddenly notice brown patches on your skin, you might just think your freckles have joined forces or somehow become larger. Chances are, however, that the problem may actually be a condition called melasma. Of all the negative effects that the sun has on your skin, melasma is one of the worst from a cosmetic standpoint.

A fairly common skin condition, melasma affects mostly women. In fact, only 10 percent of those affected are men [source: Montemorano]. People with darker skin tones, such as those of Latin American, Asian, Indian, Middle Eastern, Mediterranean and African descent, are also more likely to get melasma than their fair counterparts.

The condition consists of brown to gray-brown patches, which may be connected together or occur in random splotches. The patches usually appear on sun-exposed areas of the face, such as the cheeks, bridge of the nose, forehead, chin and upper lip. They can also appear on the forearms and neck. Melasma patches are usually symmetrical, so if you have an affected area on one cheek, you most likely have one on the other cheek too. These cosmetic symptoms are the only symptoms associated with melasma.

Doctors also call melasma "acquired hypermelanosis" or "hyperpigmentation." Additionally, some call it chloasma, or the "mask of pregnancy," because the condition is especially common in pregnant women [source: Merck].

Read on to find out more about the causes of melasma, how to treat it and why it occurs so frequently during pregnancy.

Patches of melasma are darker than other areas of skin because they have more pigment. The cells that produce pigment in the skin are called melanocytes. Ultraviolet radiation, or UV rays, from the sun stimulate melanocytes to produce pigment. After your skin is exposed to the sun, melanocyte production increases, which in some cases can result in melasma. After the melasma clears up, even a small dose of sunlight can cause it to return.

Even though science continues to provide some answers about the condition, researchers don't know for sure why melasma affects some people and not others. What they do know is that certain factors increase your chances of getting it, including the following ones:

Studies also associate the condition with a rise in the levels of the hormones estrogen and progesterone, which is probably why melasma is more common in pregnant women, women who take birth control pills and women who have hormone replacement therapy.

But melasma doesn't affect everyone in the same way. To find out how to treat different cases of the skin condition, move ahead to the next page.

Over 30 percent of patients with melasma are related to people who also have the condition [source: Montemorano]. Some studies have even shown that in identical twins, both twins develop melasma, but the same isn't necessarily true for fraternal twins.

Sometimes melasma fades on its own, although this may take several months. There are a number of treatments for melasma, but the results vary based on the type of melasma you have. Epidermal melasma is easily treatable, but dermal melasma often proves difficult to get rid of, because it comes back with continued exposure to the sun.

A dermatologist can diagnose you with melasma based on the appearance of your skin, and there are many different creams that he or she can prescribe to reduce the condition's appearance. Creams with the active ingredient hydroquinone, which is a skin-lightening agent, are effective about 30 percent of the time [source: DermNet New Zealand]. Creams that contain active ingredients such as tretinoin, corticosteroids and azelaic acid can also be effective, because they combine with the hydroquinone to enhance its effects [source: Merck]. You should call a dermatologist if your skin becomes irritated after using any of these creams.

If creams don't work for you, there are more advanced treatments that you can ask your doctor about. Chemical peels, microdermabrasion and laser surgery have all been used to treat melasma, and though their effects are somewhat unpredictable, there's a chance they'll work faster than topical creams [source: Montemorano]. These three procedures, however, must be approved by your physician and tailored to your specific skin type, as well as the type of melasma that you have.

In addition to these procedures, another technique called intense pulsed light therapy can remove the pigmented layer of skin by using light energy. But this treatment is not as common, so you'll have to do your research and find an expert before going down that path.

If you have melasma, you probably want to keep it from spreading. Read on to find out if this is possible.

One of the newest ways to treat melasma is with intense pulsed light therapy. This treatment uses light energy to target the skin cells that have color in them. Once the energy is absorbed, it becomes heat energy and damages the offending cells. Intense pulsed light therapy affects the lower layer of the skin, the dermis, and does not damage the epidermis, so it is most effective on people with dermal melasma. Treatments are relatively short and should be done several times a week for a course of at least three to six weeks [source: DermNet New Zealand].

Melasma is not contagious and cannot be spread by touching, so there's no need to worry about infecting your friends and family. However, you can develop more patches of melasma for multiple reasons, particularly if you continue to expose your skin to the sun without protection.

In order to prevent the spreading of melasma, you should limit your time in the sun. The sun's rays are at their strongest between 10 a.m. and 4 p.m. -- even on cloudy days -- so try to avoid sun exposure during these hours. If you have to be out in the sun, wear light but protective clothing that covers your arms and legs, and try a wide-brimmed hat to protect your face. You should use sunscreen that has a sun protection factor (SPF) of at least 15, and protects against both UVA and UVB rays [source: DermNet New Zealand]. Remember to reapply sunscreen every two hours, especially after swimming or activities that make you perspire.

As mentioned before, skin products that irritate the skin can make your melasma worse and cause the patches to increase or enlarge. So be cautious of what you include in your skin care regimen.

Another way to prevent and stop the spreading of melasma is to eat foods that are high in folic acid. Some studies link hyperpigmentation to a deficiency of this important nutrient [source: What to Expect.com]. Foods that are high in folic acid include green leafy vegetables, citrus fruits such as oranges and anything with whole wheat or whole grains. Drinking a glass of orange juice in the morning, for example, could be a great defense against the spread of this skin condition.

Foods that are high in folic acid are also the foods that doctors recommend to pregnant women for preventing melasma and the spread of melasma. To find out more about the connection between melasma and pregnancy, read on.

You can tell if a product is irritating your skin if you experience burning, itching, stinging or redness. Sometimes, if you have a bad reaction to a skin product, that product can also agitate any areas of your skin that are affected by melasma. The major culprits of skin irritation include: detergents, shampoo, bath soaps, cosmetics, antiperspirants, hair products and moisturizers [source: American Academy of Dermatology: Facts].

Melasma is so common during pregnancy that there is a separate name for the condition: chloasma. It's also commonly referred to as the "mask of pregnancy" [source: Merck].

During pregnancy, a woman's levels of the hormones estrogen and progesterone rise, which can sometimes increase pigment production in their skin cells. Since many birth control pills contain hormones, women who take them are also more susceptible to melasma, as are women who use hormone therapy replacement during menopause. Melasma patches on the face, forearms and neck should fade within a few months of giving birth, but they are likely to return each time a woman becomes pregnant [source: American Academy of Dermatology: Melasma].

If you're pregnant, you should take the same steps as anyone else to protect yourself from the sun's rays in order to prevent and treat melasma. However, don't use skin-bleaching creams or special treatments until after you give birth and finish nursing. Having splotches on your face for nine months may be frustrating, but it's better to try and use some type of concealer to hide the effects of melasma. Don't use any new products that you haven't already tested on a small area of your skin.

During pregnancy, another effect of melasma may be the darkening of areas that are normally a little darker than other parts of the body. These include freckles, scars and the skin around your genitals. You may also notice a dark line down the center of your abdomen -- that's called the linea nigra, and it should also fade a few months after you give birth.

Whether you're pregnant or not, the best way to protect yourself from melasma and from many skin conditions is to stay out of the sun. For more information, move on to the next page.

"Linea nigra" is Latin for "black line," and that's exactly what it is -- a darker line of skin running down your stomach during pregnancy. The line has always been on your belly, stretching from your naval area to the pubic bone, but at all other times, it's just called the linea alba -- which in Latin means "white line." It's not really visible until you are pregnant. After pregnancy, the line should turn back to its normal color, although it may take a number of months [source: Baby Center].