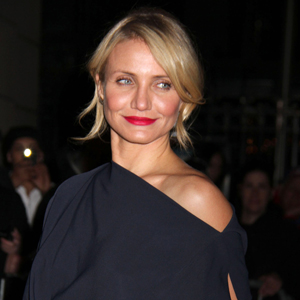 At the premiere of her 2014 movie "The Other Woman," actress Cameron Diaz garnered a lot of media attention — not so much for her role in the film, but for a startling admission about her personal hygiene.

"I don't believe in antiperspirant," explained Diaz in an interview with E's Marc Malkin. "It's really bad for you. I haven't used it for almost 20 years." Instead, she argued, people should just "let it go and trim your armpit hair so that it doesn't hold onto the scent."

The Huffington Post, one of the publications that jumped on this momentous scoop, snarkily noted that Diaz's avoidance of antiperspirant might explain those red-carpet photos of her with conspicuous sweat stains, as well as persistent gossip that she might have "issues with body odor" [source: Marcus].

But while the Hollywood star might blithely spend her days sporting au naturel armpits, most of us aren't so self-confident about our body's natural cooling mechanism and the aroma it can cause, if allowed to operate unhindered. More than 90 percent of American teens and adults use sprays, solid stick or roll-on products containing antiperspirants (which limit perspiration) or deodorants (which mask its aroma), according to a 2012 study by Mintel, a market research firm [source: MarketingInsight350]. We're so obsessed with preventing sweat stains and stinky armpits that it's become an $18 billion industry worldwide [source: Everts].

However, since most people don't engage in activities where they work up a sweat, dermatologists say that we don't need as much antiperspirant as we think. Bathing and changing clothes regularly will reduce the presence of the bacteria that create body odor [source: Toedt et al.] Dermatologist Dr. Jeanine Downie even told The New York Times that most people would "probably be fine just using a little powder."

It's safe to say that the science that prevents us from becoming sopping wet is a mystery to most of us who aren't chemists. But there's no need to break a sweat about it. In this article, we'll explain how antiperspirants inhibit perspiration.

Is It Really Possible to Prevent Sweating?

No, and you wouldn't want to, either. Perspiration is a natural body function, regulated by your autonomic nervous system, which helps the body regulate your temperature by releasing a fluid made up of water, sodium and other substances, which evaporates to cool you [sources: Medline Plus, MIT School of Engineering]. Sweating is so important to your body that it has about 2 to 5 million sweat glands all over its surface, which pump out several liters of perspiration each day [source: Moninger].

Instead of shutting down the perspiration process entirely, what antiperspirants aim to do is control it in certain areas — like your armpits and groin — that are especially prone to be stinky. These areas are equipped with a special type of sweat gland called apocrine glands, which form around hair follicles [sources: Hansen, Williams and Schmitt]. The apocrine glands kick into gear during puberty and are stimulated by stress or excitement as well as heat [source: Grossman].

The yucky smell that we associate with underarm perspiration actually is caused not by the sweat itself, but by bacteria and other microorganisms. They feed on the perspiration and produce waste byproducts such as trans-3-methyl-2-hexenoic acid, which cause the distinctive odor we all abhor [source: Everts]. The armpits, which are covered most of the time, are a great medium to grow those microbes [source: Ramirez].

Since the late 19th century, when chemists first started tackling the problem of body odor, there have been two primary solutions. One is to mask the stinky smell with a more pleasant aroma. The other is to use chemicals to actually inhibit the release of sweat from our skin's pores, to starve those stink-producing bacteria of food. In the next section, we'll explain how that works.

When to Use an Antiperspirant

Most of us probably put on antiperspirant at the worst time – after a morning shower. Unfortunately, dampness on the skin makes it slide off. The most effective time for application is right before bed, because you don't sweat much during those eight hours of sleep, which gives the aluminum salts a chance to get into your pores. 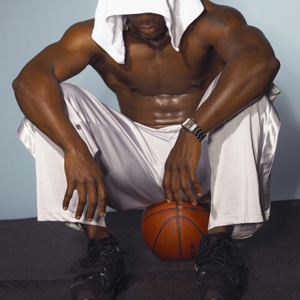 How do deodorants keep you from stinking?
5 Ways to Get Nice Underarm Skin
What's the difference between deodorant and antiperspirant?

When to Apply Antiperspirant So It Works Best
10 Conditions That Make People Sweat Too Much
What's the difference between deodorant and antiperspirant?