Mental and Physical Deterioration Are Inevitable in Old Age 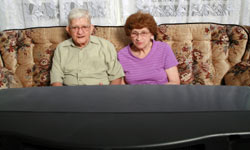 Will what you see be what you'll be?
©iStockphoto.com/sdominick

It's true: As we age, everything starts to go. The stem cells, from which all body tissue develops, reproduce more slowly. But the loss can be staved off with healthful habits. Weightlifting helps retain muscle and bone [source: Whitbourne]. Aerobic exercise and a low-fat diet improve cardiovascular health, which in turn can prevent certain types of dementia [source: Whitbourne].

Exercising the brain, whether by writing poetry or playing Sudoku, also helps maintain cognitive skills. When some skills do diminish, others may improve to compensate. For example, concentration gets harder and distractibility increases with age. Yet the ability to creatively use information that is acquired in the periphery, during a distraction, may be enhanced [source: Campbell].

However, believing negative stereotypes about aging can sabotage mental capacity. For instance, consider how older characters on television are often portrayed as feeble, forgetful, cranky and confused. Studies have shown a link between the amount of television watched by the aging and their own views on aging: The more TV that older adults watch, the worse they view their own peer group. And the more they buy into that stereotype, the worse they're likely to be at memory recall [source: Donlon]. In other studies, older participants who were told that they could expect to fare worse on memory tests than younger participants did indeed perform more poorly [source: Hess].