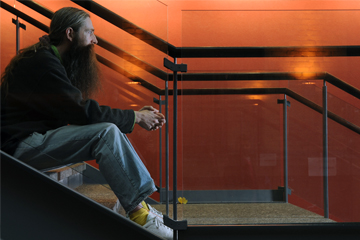 Aubrey de Grey thinks humans can live to 1,000, given a few medical advances. Moreover, the British gerontologist thinks those 1,000-year-olds are amongst us today.
Michael Stuparyk/Toronto Star/Getty Images

For thousands of years, humans had relatively short lives. As recently as 1900, most did not live past age 50. But during the 20th century, that began to change. Medical advances, including vaccines and improvements in diet and the cleanliness of drinking water led to healthier lives. By 2012, the average global life expectancy had reached 70 years, and in Japan, the world's leader in longevity, it reached 83 years [sources: WHO, NIH]. In the U.S., men can now expect to live 76.4 years, while women are averaging 81.2 years [source: Copeland].

What's particularly interesting is that right now, demographers say that the continuing rise is being driven not by children who are surviving epidemics that once wiped out vast numbers, but by elderly people who are dying off at reduced rates. In many countries, in fact, the "oldest old" -- people who are aged 85 or older -- amount to the fastest growing segment of the total population [source: NIH].

Have we hit the ceiling for life expectancy, or can it be extended even further? Aubrey de Grey, a controversial British aging researcher, believes that by identifying all the processes that cause human tissue to age and designing remedies for each of them, it might be possible to extend the human life span even longer than that of Noah, whom the Bible says lived to 950. De Grey has boldly predicted that the first human beings to live to the age of 1,000 have already been born [source: TED.com].

Other, more mainstream gerontologists caution that de Grey's promise is getting way ahead of what science actually can deliver -- at least for now. But keep in mind that genetics is believed to account for up to 30 percent of the variability in human life span, and in recent years, scientists have discovered specific genes that may regulate the aging process.

A 2012 study by German researchers found that a gene called FoxO, which is found in both animals and humans, may control the ability of stem cells to produce new cells to regenerate aging tissue [source: ScienceDaily]. And in 2014, Spanish researchers reported that three families with multiple long-lived members all had a rare mutation of a gene, apolipoprotein B, which reduced the levels of "bad" cholesterol associated with heart attacks [source: Wilson]. If geneticists can figure out how to alter or manipulate such genes, it's conceivable that they may be able to extend the human life span significantly. Maybe not to 950 years though. 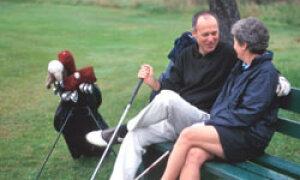 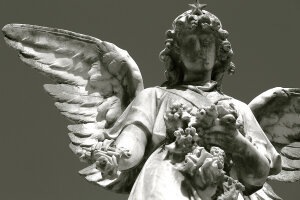 Did people in the past really only live to be 30?