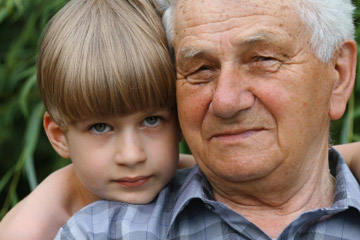 We humans have been looking for the fountain of youth as long as, well, pretty much as long as recorded history -- and we were probably seeking a way to skirt aging and death long before that. Whether it's some sort of special water, plastic surgery or another flavor of anti-aging remedy, the fountain of youth has forever eluded us. Our skin sags. Our minds grow forgetful. Our bodies begin to deteriorate. This is the natural degeneration process, and it's not skin deep; it's DNA deep.

Our chromosomes are like threads, but instead of being made up of strands of fiber, they're packed full of protein and tight coils of DNA. This DNA determines everything from the color of our eyes to whether we'll have conditions such as Down syndrome, sickle cell disease or cystic fibrosis. With the exception of our reproductive cells, all cells in the human body contain a complete copy of our DNA.

The cells that make up our bodies are constantly dividing, replicating in order to keep our bodies running with new, healthy cells that function properly -- cell division is important for making blood, bones and skin. This process is important because when our cells don't properly and exactly copy themselves, the abnormal cells may cause cancer or other conditions. The work of copying cells and cell division falls to enzymes known as polymerases.

Polymerases control the replication of our DNA by making sure the DNA threads end up as exact copies from one end to the other.

Here's what's interesting about telomeres: They lengthen and shorten, and as our cells age -- as we age -- they grow shorter. Or, is it that as they shorten, we age? Could telomeres be the key to slowing down or stopping the aging process? Let's find out more about the link between telomeres and aging, next.

Telomeres aren't formed by the same enzyme that replicates our DNA, polymerases; rather, the task falls to an enzyme called telomerase. Telomerase controls not just the generation and formation of telomere DNA, but also how long our telomeres might be. Cells that divide frequently, such as embryonic stem cells, continually produce telomerase. But in most of our cells, the enzyme is inactive. That means that as telomeres shrink, there is no active enzyme ready and able to step in and rebuild them. Every time a cell divides, which over its lifetime is about 50 to 70 times, some of the unique DNA that forms our telomeres is lost in the process. Lose enough telomere DNA and the cell loses its ability to replicate, and when a cell can't divide, it dies.

Shorter telomeres have recently been linked to problems such as illness, premature aging and yes, early death. It's not that the loss of telomeres themselves cause us to age. Instead, researchers theorize that short telomeres may make us more vulnerable to traumas, everything from how the body is able to handle infection to other physical, psychological and environmental stressors.

Researchers have been experimenting with how to activate the telomerase enzyme in an effort to combat the aging process. A study conducted at Harvard Medical School found that when telomerase-deprived mice were given a telomerase activator, they regenerated brain, liver, spleen and reproductive organ cells. A subsequent study conducted at the Spanish National Cancer Research Center found that insulin levels were lowered and skin and hair were fuller in mice that were fed TA-65, a telomerase activator. Could a natural telomere growth supplement be the new fountain of youth?

Overall, it's important to remember that there isn't just one reason why we age. Telomeres, however, are an interesting part of the aging puzzle.

Interested in lengthening your telomeres? Alleviating stress in your life is one way to maintain them. Easier said than done? Try mindful meditation. Studies have found that meditation may lower your blood pressure and boost your immune system -- even slowing the rate of disease -- and now a study at the Shambhala Mountain Center in Colorado suggests that meditation may also help raise the level of telomerase enzyme activity in your body.

Decline of B.S. Meter Is One Reason Scammers Love Seniors
How does aging work?
Does human growth hormone slow the aging process?