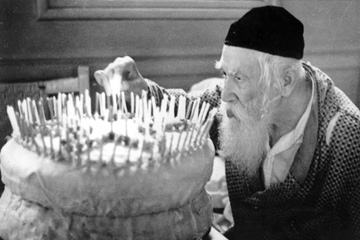 Let's just talk about the elephant in the room before we jump in: Does everyone want to live well into their second century? Sure, it might be nice to see that cake light up with a blazing candle fire, but what about the actual day-to-day? Would lengthening the average expectancy mean that there would be more and more us in assisted care facilities for a longer time? Would our mental brains hold up as well as our bodies? Do we all have to pretend we're OK with living forever if forever ... kind of sucks?

We can't for sure answer that question for you. And — just to get it out of the way — we can't accurately predict when average life expectancy will get us into our hundreds. What if some infectious disease takes hold and changes global demographics? What if we find out how to prevent heart disease? All sorts of factors could cause a shift (or at least a rate change) in life expectancy growth.

In fact, we've already seen that we keep exceeding the limits predicted for lifespan [source: BBC]. The MacArthur Foundation Research Network on an Aging Society came out with a paper in 2009 that said we might still be underestimating the rise in life expectancy; we might live about three to eight years longer than predicted (according to the official Social Security Administration and Census numbers, anyway) [source: Olshansky, et al.]. This means that by 2050, life expectancy would be about 93 for women and 86 for men [source: Terry].

Why the shift? Well, we seem to be doing a terrific job of making medical advances that not just delay death, but keep the disabilities and impairments associated with aging at bay. We're doing such a good job, in fact, that some experts don't think it's crazy to assume that by 2060, we'll hit those big triple digits for life expectancy [source: Terry].

But let's keep one more thing in mind: We could very well be talking only about wealthy folks in developed nations. As you've probably noticed, not everyone has the same access to biomedical advances or even preventive care. While the current life expectancy (average) at birth in Monaco is about 89 years old, it's fewer than 50 years old in the African nation of Chad [source: CIA].

10 Future Jobs in Health Care
One Vaccine Breakthrough in the 1960s Has Prevented 10 Million Deaths
What is the future of human life expectancy?

How do my sleep habits change as I age?
Decline of B.S. Meter Is One Reason Scammers Love Seniors
How to Care for Aging Skin