by Chris Opfer Jan 22, 2016
A new study compared the lifespan of those who won elections to head of state against those of their runners-up. Getty Images/HowStuffWorks

If you want to get rough idea of what it's like being the leader of the free world, you can start by comparing the first headshot taken of a United States president after moving into the White House with the last one taken before he leaves the Oval Office. When Barack Obama became commander in chief in 2009, he still had that youthful glow that helped cement his status as Mr. Hope & Change. Eight years later, the president is a little thinner, noticeably grayer and carries something of the look of a weathered, old clipper ship captain who's seen some stuff out there at sea.

The stress of governance may itself lead to worse health.
Anupam B. Jena, Harvard Medical School

It turns out that the photos don't lie. A recent study suggests that being a head of state is bad for your life expectancy. Harvard Medical School professor Anupam B. Jena and his colleagues studied the life spans of leaders and wanna-be leaders in the U.S., Australia and 15 European countries. The study looked at the number of years a winning candidate and their closest runner-up lived following the final election in which they ran. They also compared this data to what would be expected for an average person of the same age and sex as the candidate during the year of the election.

Perusing a sample of 540 head of state candidates over a nearly 300-year period, the researchers determined that candidates who lost at the ballot box were likely to outrun their rivals in the game of life.

"We found that compared to runner-up candidates, heads of state lived about 2.5 fewer years from the time of last election," says Jena.

No one knows exactly why the leadership role of a lifetime seems to trim a few years off of a leader's longevity. With all of the shipwreck diving, martial arts grappling and shirtless horseback riding that Vladimir Putin does, Russian citizens would be justified in expecting him to live in the Kremlin forever.

Still, having the fate of an entire nation hanging over your head could do a number on your day-to-day wellbeing. Jena points to two possible explanations for the study's results.

"First, the stress of governance — which includes making important decisions, being in the spotlight, and engaging in political rivalry — may itself lead to worse health," he says.

Sure, being a country's leader probably means access to the best medicine and health care available. But head-honcho-ing is a busy gig. "Second, however, the lack of time to invest in health, through exercise, healthy eating and sleep, may also lead to worse health outcomes," he adds.

Now That's Interesting
Theodore Roosevelt (at 42) is the youngest person to ever assume the office of U.S. president, while Ronald Reagan (69) was the oldest to take control of the Oval Office. 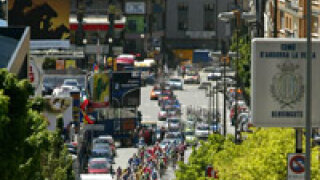 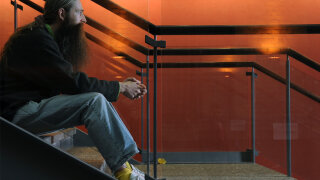 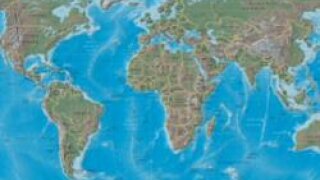