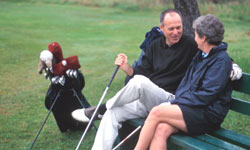 There are simple things you can to do to add five, 10 or even 15 more years to the length of your life. See more healthy aging pictures.
Photos.com/Thinkstock

The greatest generation, the silent generation or the baby boomers -- the label doesn't matter when we're counting birthdays. About one of every eight Americans is 65 or older, and that number is predicted to swell to twice that by the year 2030 [source: Administration on Aging].

Americans, typically, can expect to live until just shy of their 78th birthdays [source: Centers for Disease Control and Prevention]. Most often our mortality comes in the form of heart disease, cancer or stroke, the top three killers in the U.S., but we don't have to sit still and accept it -- 77.9 years doesn't have to be your fate [source: CDC]. Our longevity is not tied to statistics, or to our genes for that matter, although genetics do play a role. How we live our lives is key.

A study that looked at men in their 70s found that those who did not smoke, maintained a normal weight, were physically active and didn't suffer from hypertension or diabetes improved their chances of having birthdays into their 90s by as much as 54 percent in comparison to their peers who weren't living as healthy of a lifestyle [source: CBS News].

Let's look at a few lifestyle changes -- including eating chocolate -- that may help boost the number of birthdays you have. 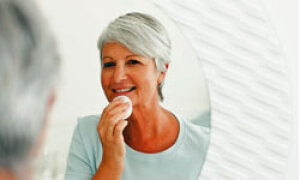