Are people more likely to live to be 100 in certain parts of the world? 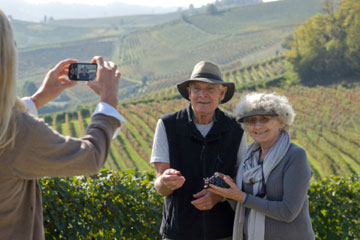 Old age is all the rage these days.

Thanks to a combination of better health care and ever-advancing knowledge of healthy lifestyle habits, men and women in many parts of the world are now living longer than their ancestors -- from even just a few generations back -- would have thought possible. A person who lives into his or her 80s was once thought to be an outlier; now, eight decades of life are within the reach of many, and more and more long-lived people are passing their 100th birthdays. As of 2010, there were roughly 72,000 centenarians in the United States, a significant increase from even 10 years before, when the 1990 Census identified 37,306 in the country [sources: Krach and Velkoff, Sedensky]

The growing likelihood that we can live to extreme old age pushes scientists, sociologists and no small number of entrepreneurs to seek out the secrets behind longevity. From dietary guidelines to health and fitness advice, these age-oriented explorers are slowly uncovering traits that seem to lead to longer-than-normal lifespans. And many are turning their focus to one aspect in particular: the role location may play in extending a person's life.

According to researchers who have studied the topic, there are certain parts of the world where people simply tend to live longer than their peers elsewhere. These areas, ranging from Okinawa, Japan, to Sardinia, Italy, and Loma Linda, Calif., span the globe. And just as their different regions feature unique cultural attributes, the combination of factors that make these areas likely spots to find a centenarian are unique for each [sources: NPR, Blue Zones]. These longevity hotspots are called blue zones, and on the next page, we'll look at some of the factors that may contribute to the high rates of long life in those regions.