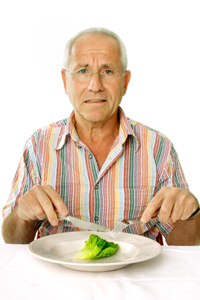 "I gave up the pizza for this?" See more healthy aging pictures.
© iStockphoto.com/mammamaart

A diet is a constant series of inner negotiations and brokered deals. You agree to give up that second slice of pizza, for example, in hopes of fitting into your skinny jeans. You live without bacon so that you don't have to spend more time on the treadmill later. You'll pass on the french fries if you can have a scoop of ice cream instead. We give up something in hopes of getting something better. But what if by giving up that slice of pizza, you could live 10 minutes longer -- would you make that deal?

That's no hypothetical deal with the devil; it's part of a bargain struck by people who've adopted calorie restriction as a way of life. Calorie restriction is a diet that involves cutting up to 30 percent of the calories that you consume on a daily basis, while still consuming all necessary nutrients. That percentage of calories is nothing to sneeze at. Let's say you need about 2,000 calories a day to maintain your weight, which is a rough average for most people. If you adopted a diet of caloric restriction, you'd be shooting for 1,400 calories. So you'd be giving up more than just that slice of pizza -- you'd be giving up entire meals. The diet is frequently described as austere, drastic and draconian, and even proponents admit they're hungry a good deal of the time.

So what's the payoff? Scientists believe that caloric restriction helps mammals live longer. In 1935, a nutritionist at Cornell University found that a diet of 30 percent fewer calories caused a 40 percent increase in lifespan -- in mice [source: Mason]. This kind of increase is equivalent to a human living to the ripe old age of 160 [source: Dibbell]. Since then, mice have been on a vast array of diets as scientists try to determine which is optimal for longevity. So, too, have yeast cells, worms, fruit flies, monkeys and Labrador retrievers, all of which have shown increases in lifespan on fewer calories. And it's not just a matter of years, either. These species not only live longer, they live significantly more active lives than their non-dieting counterparts, and they also have fewer instances of diseases associated with aging, such as cancer. 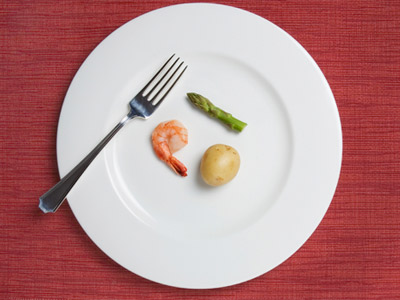 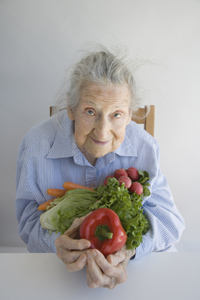