The Baby Boomer Population and Depression 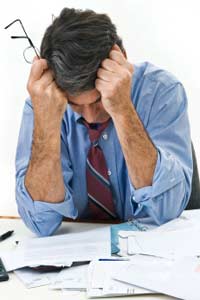 ­As a nation, the United States is highly depressed. Aside from hypertension, Americans suffer from major depression more than any other general medical issue, affecting more than 20 million people [source: MedlinePlus]. A combination of genetic, psychological and environmental factors contributes to depression. Among them, chronic stress is a prevalent environmental contributor to clinical depression. Experiments involving stress levels have found that the body reacts to stress by producing more proteins called kainate receptors, which are linked to depression [source: Rockefeller University].

The stress response is one explanation for a mental health cohort effect (a pattern that emerges in a specific group) among baby boomers. As a group, baby boomers are more educated and wealthier, with better access to health care than their predecessors, which would imply comparatively better mental well-being [source: Whitbourne and Willis]. Yet research has shown that the opposite is true; baby boomers are, in fact, more depressed than the GI generation or the silent generation (born 1925 to 1945). While baby boomers scheduled their lives to the limit to earn more and live more fully, many ended up with unmanageable stress and by extension, depression [source: Kapes].

When comparing depression rates in baby boomers and previous generations, we must also take into account the evolution of psychology as a respected scientific field. It wasn't until after World War II that psychology and mental health was studied empirically on a large scale. The Army, for example, began examining veterans' mental status at the turn of the century, and the World Health Organization (WHO) included mental disorders as classified medical diseases in 1949 [source: Whitbourne and Willis]. This growing acceptance of depression as a legitimate medical problem may encourage more people to seek treatment for it, thus causing a statistical increase.

The aging of the baby boomer population has also likely contributed to the trend of depression. Though depression isn't a natural part of aging, the societal appreciation of youth may lead older people to feel less valued and helpless. Though people are living longer than ever before, we also have an overwhelming number of products and procedures at our disposal to retain the physical appearance of youth.

Additionally, the population-wide incidence rate of depression continues to grow in successive generations. According to current psychological research, younger age groups experience higher levels of depression than older ones [source: Scogin]. Therefore, down the line, there's a good chance that generations X and Y will overtake baby boomers as the most depressed cohorts.