Browse the article Why is the diagnosis of depression in the elderly often overlooked? 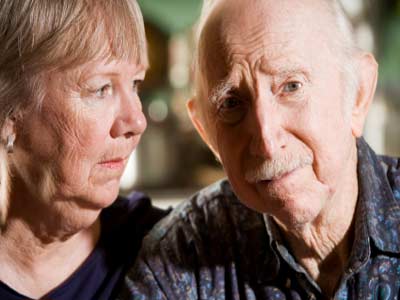 Elderly white men have twice the suicide rate of the general population.
©iStockphoto/CREATISTA

­The resounding mantra of geriatric psychology is that depression isn't a natural part of aging. Granted, growing old brings with it a host of difficult scenarios, including physical disabilities, loss of family and friends, greater dependence on others and so on. A common byproduct of those complications is depression, and 15 out of 100 adults more than 65 years old in the United States suffer from it [source: Geriatric Mental Health Foundation]. But depression isn't something that must go hand in hand with aging. Moreover, when depression in the elderly is recognized and treated, patients have an 80 percent recovery rate [source: Geriatric Mental Health Foundation].

For anyone battling depression, the daily struggle it presents can be debilitating. Associated behaviors include loss of appetite, withdrawal and insomnia. Among the elderly in particular, depression can lead to and aggravate physical illnesses. It's also the leading cause of suicide. The link between geriatric depression and suicide figures most prominently in white men over the age of 80; this cohort has twice the suicide rate of the general population. Severe depression left untreated isn't happening for lack of medical care. Seventy percent of the elderly who commit suicide have visited a primary care physician within the past month [source: Breitung]. Perhaps, as the statistic implies, doctors are failing to recognize and address depressive symptoms.

­Identifying depression in the elderly (people 65 years of age and older) is easier said than done. Clinical depression is one of the most common medical illnesses in the world, but it can prove far more elusive in older people. For one thing, the physical and cognitive ailments that may affect an older person can mask depressive symptoms. In addition, older patients may be more hesitant to seek treatment for depression because of a negative social stigma or simply having no one to talk to about it. Consequently, caregivers and healthcare providers often overlook it.

In 2011, the oldest of the 78 million baby boomers will turn 65. The healthcare industry is bracing for that milestone when the elderly population in the United States will swell. If one in five faces geriatric depression, as with today's elderly, it will have a devastating effect not only on the older community but also on the caregivers and the healthcare system as a whole. But in order to reduce that high incidence rate, we must first understand depression's unique manifestations in older patients.

Geriatric Depression and the Body-Mind Connection 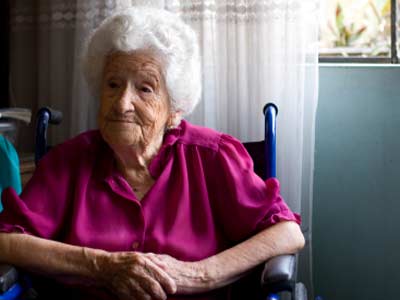 ­The primary reason that depression is often overlooked in geriatric patients is that caregivers and physicians neglect the innate connection between the body and the mind. We associate old age with body aches and pains. Arthritis stiffens joints. Teeth wear down. Eyesight weakens. At the same time, the mind suffers from the loss of mobility and independence.

When we get older, our brains undergo various changes, including a decreased amount of neurotransmitters, smaller cerebral cortex and damaged blood vessels [source: Harvard Medical Letter]. When brain function diminishes, it can lead to a depressive state, which physicians may treat as a cognitive impairment or dementia [source: Chapman and Perry].

For geriatric patients, this interaction between physical and mental health can obscure depression, and only one in six cases of geriatric depression receives adequate attention [source: Rimer]. Rather than directly expressing changes in their mood, the elderly are more likely to report bodily ailments. As a result, doctors may attribute a noticeable increase in irritability or trouble sleeping to symptoms of a physical illness instead of depression. In that case, the patient may receive treatment for the physical problems exclusively.

Failing to treat depression can prolong and intensify medical issues. Depression can slow the body's healing process, worsen symptoms and even cause new illnesses. On the flip side, studies have found that treating depression can improve one's mental and physical health and lessen the chances of injury [source: Pennix et al]. And as long as an elderly person's mentality remains positive, he or she can benefit physically. For instance, people can continue building muscle strength into their 90s [source: Neighmond].

But doctors aren't the only ones who shoulder the blame for underdiagnosed geriatric depression. It can take a community of caregivers, healthcare providers and the patients themselves to recognize and treat the mental illness.

­As the list of age-related physical ailments grows, so does the functional morbidity that elderly patients must live with. Functional morbidity refers to the inability to participate in the daily activities that give someone a sense of purpose and meaning, whether it's driving to the grocery store or cooking dinner [source: Fresh Air]. From there, the likelihood for becoming depressed also increases.

But elderly people may not understand that they're experiencing depression or may be hesitant to discuss it. Depression's negative social stigma may persist in their minds as a sign of weakness or instability. In that case, it's up to someone else in a patient's sphere of care -- including friends, family and healthcare providers -- to comprehend what's going on. However, as functional morbidity intensifies, that network may shrink. The loss of a spouse can be especially devastating, causing severe depression in 10 to 20 percent of widows and widowers as a significant figure is eliminated from their social networks [source: Harvard Medical Letter].

The relationship between caregivers and elderly patients can also play an important role in identifying and alleviating depression. Research estimates that up to half of all nursing home residents suffer from depression [source: Harvard Medical Letter­]. In long-term care scenarios, depression can take on a contagious quality between patients and caregivers, mutually affecting both people [source: Fresh Air]. In that case, a depressed caregiver might not be as quick to recognize depression in a patient.

­Even in professional nursing homes and long-term care facilities, the staff may not include specialists trained to spot signs of geriatric depression. Routine exams with a primary care physician can also miss the mark due to limited time and insufficient attention to mental health. Geriatric specialists, on the other hand, may take a more holistic approach when a patient comes in for a checkup. By inquiring more about an elderly patient's daily routine, outings and interactions, a geriatric specialist can assess his or her overall well-being more accurately [source: Neighmond].

With solid support networks and healthy living environments, many elderly people live out their final years happily. Although the pervasiveness of geriatric depression may be uncomfortable to confront, understanding its epidemiology and pathology in later life benefits everyone. The more steps we take to enrich elder care, the more we can reinforce the mantra that depression isn't a natural part of growing old.

The Cost of Geriatric Depression

The cost of treating depression may be an insurmountable obstacle. Talk therapy and antidepressants aren't cheap remedies when living off a Social Security pension. In a study comparing older Medicare patients with and without depression, those with depression incurred about twice as many healthcare costs as those without it [source: National Institute of Mental Health]. Even patients who hadn't been diagnosed with depression but who showed the common signs of it or took antidepressants paid thousands more in annual medical expenses.