Browse the article 5 Tips for Adjusting to an Empty Nest 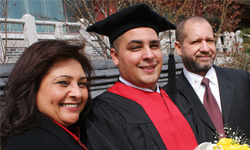 They grow up so fast. Now what?
© iStockphoto.com/Ginaellen

When small children are learning to ride a bicycle, they're very often adamant that parents hold on to the back of the bike so that they don't fall off. Parents trail behind, holding the bike steady as their little riders gain confidence. Sooner or later, children will exclaim that mom or dad can let go; they can handle this on their own. When the parents release their grip, some children wobble and fall, while some ride off steadily.

Fast-forward a decade or more, and it's time for the parent to let go once again. Whether children leave to go to college, get married or pursue a military career, there's a time when parents must accept that their children are riding off into their own future, perhaps just as shakily (or as steadily) as when they rode that first bike. The transition of children's departures can in turn make parents feel shaky or steady. This time, parents can't stand back a few yards and supervise; they are left, instead, with an empty nest.

Parents react to an empty nest differently -- for some, it's an exciting time of new freedom; for others, it's a lonely, sad time. Whichever end of the spectrum you're on, this article has a few tips for how to deal with this period of life. 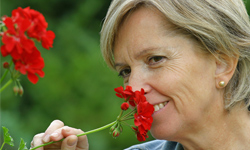 It's the day after your daughter's wedding or the day after you dropped your son off at college -- the first day of your empty nest. The first thing you should do is nothing at all. While movies and television might have you believe you should immediately start living out your wildest dreams and putting down payments on RVs, you should actually take some time to rest. Likely, you haven't gotten much rest since the kids were born, since there's been everything from midnight feedings to school carpools to sleepless nights waiting to hear your teenager's key in the door. Just relax and reward yourself for the work you put into your child.

Taking some time for yourself will allow you to adjust to the change and figure out how you really feel about your child's departure. You shouldn't compare how you feel to how other people feel, as everyone experiences an empty nest differently. If you're happy as can be to finally have the place to yourself, that's great. It's also OK to feel a little morose, but it's unlikely that suddenly adopting a pet, volunteering for five charities or immediately redecorating your child's room will make you feel better. Drastic changes may only cause regret later, and if you give it some time, you may see that your mood has more to do with other things going on in your life, such as menopause, trouble at work or an aging parent who needs more assistance than before.

If you're well-rested, you'll be all ready for the tip on the next page. 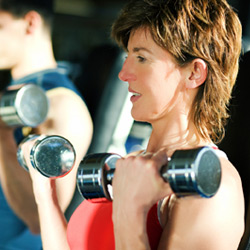 Your child might not recognize your buff body when he or she visits.
© iStockphoto.com/kzenon

­Anytime you're down in the dumps, including when your last child left home, exercise is a great mood lifter. A physical fitness program may have been one of the first sacrifices you made when your child came along; now, with fewer obligations, you'll have time to hit the gym regularly. If you have a friend who also became an empty nester recently, you may have found a new workout buddy. Not only will you get the chance to share coping tips, you'll also create social opportunities for yourself, which will get you out of that empty house if you need to.

Exercise will continue to be important as you age, but if you're not quite ready to tackle yoga or swim aerobics yet, at least avoid the temptation to indulge in unhealthy vices, like chocolate or cocktails. Though fatty foods and several drinks before bed may make you feel better in the short-term, they're not a good way to deal with any sadness you might be feeling in the wake of your child's departure.

All your exercise and healthy eating will pay off when it comes to the next tip. 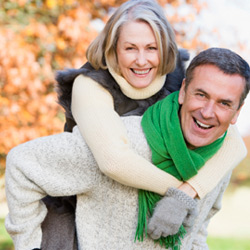 Now you can act like this without embarrassing your children.
© iStockphoto.com/monkeybusinessimages

OK, so maybe you shouldn't actually walk around completely naked. You might, after all, have nosy neighbors or live in a particularly cold climate. But take this tip as a metaphor for reconnecting in your marriage. Some empty nest horror stories involve couples who spent decades raising children together, only to find out once the children were gone that they had nothing in common anymore. Now that it's just the two of you, you might need to make an effort to reconnect. Have some date nights or take a second honeymoon. A study conducted in 2008 found that most couples experienced higher levels of marital satisfaction once they had more time and energy to devote to the relationship [source: Association for Psychological Science].

If you're a single parent, you may not have dated as much as you wanted because of your children. This may be a time for you to get out there and mingle, or at least meet people that help you turn your primary focus back on yourself. One avenue for meeting new people might be provided by our next tip. 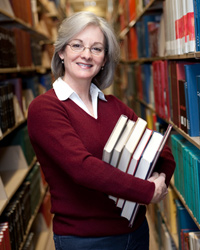 You'll have more time to study when you're not running the carpool.
© iStockphoto.com/wbritten

We all have those things that we say we'll do or learn "someday." If you're an empty nester, someday might just be now. From volunteering and going back to school to learning to play the guitar and taking up sailing, the empty nest years can be a great time for new life-enriching activities. You may want to make some changes in your career path, or start a whole new career altogether.

If you're not sure exactly what passion to pursue in all your spare time, take your time and think about it. It will, however, probably be easier to figure out your passion when you're out and about, and not when you're moping in your child's old bedroom. Try exploring a nearby museum or attraction you've never visited. Additionally, attending a class or volunteering in your community, even temporarily, will likely help you in meeting new people, which may be extremely helpful if you need someone to talk to now that your child is gone.

Dying to tell your child all you've been up to in his or her absence? Check out the tip on the next page first.

Set a Schedule for Communication 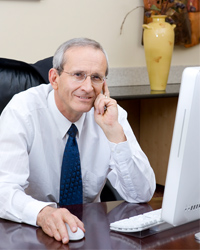 Though your child may not always respond, he or she would probably enjoy e-mails from home.
© iStockphoto.com/jacomstephens

­Many parents may fear the empty nest because they worry that their little bird has flown away permanently. And though Junior is just a few hours away at college, it may in fact seem that he's disappeared off the face of the planet. You're worried he'll never call, write or return home again, no matter how much dirty laundry he may have.

To ensure that you don't go insane with worry, try setting up a regular phone date with your child. While you may like to know what happened every day at school, that's likely not a reasonable request for your child. A once-a-week call, however, may give you the satisfaction of knowing that Junior is still alive, while giving him a reasonable degree of freedom.

For more on the empty nest years, see the links on the next page. 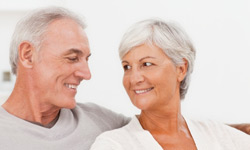