Browse the article Can marriage improve with an empty nest? 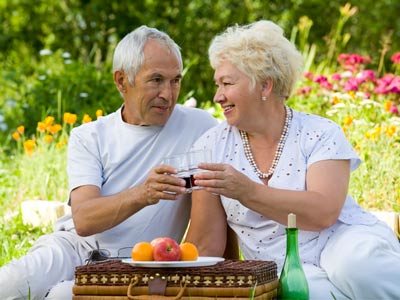 Is there romance in your future?
© iStockphoto.com/alkir

Tradition holds that when a man wants to marry a woman, he drops to one knee in front of her and presents a diamond ring as the sign of his commitment. But imagine for a moment that he held out a crystal ball, and you could look into this crystal ball and see the way that your entire marriage would unfold. You'd be able to glimpse the highs and the lows, your future kids and pets, and whether you would become one of those old grumpy couples that don't speak to each other in restaurants or one of those adorable elderly couples that everyone aspires to be. Would the answer to your suitor change depending on what you saw in that crystal ball?

Of course, there is no crystal ball that can tell you your future, but there are a ton of researchers studying marriage and the family that want to try. These prognosticators sift through mounds of data to see which factors most predict success in marriage and which portend a messy divorce: Is it the level of education reached? Race? The economic independence of the woman? The age at which you get married? One factor that is considered very carefully is the presence of children.

The initial news isn't good. In a study of more than 200 couples that spanned eight years, about 90 percent of the subjects reported a decrease in marital satisfaction after their first child was born [source: LiveScience]. That doesn't mean that the couples divorced, but it's hardly good news for new parents to discover that even though childless couples experience less marital satisfaction over time, that darling new baby accelerates the process.

But if you can make it through midnight feedings, random acts of vomit, sleepovers involving 10-year-old girls and teenage angst, then everything after that should be a cakewalk, right? Not if you believe stereotypes about the empty nest. Many people have fears that as soon as their last child walks out the door for college, the military or the workplace, they'll find themselves alone with a spouse they hardly know anymore. Are these stereotypes true, or could marriage actually improve with an empty nest? 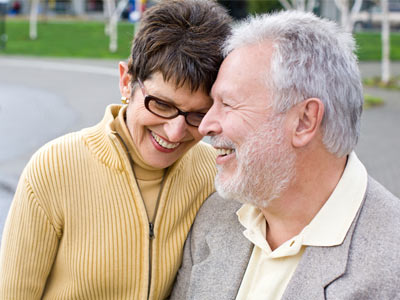 Not a kid in sight.
© iStockphoto.com/theboone

When the last child leaves home, parents experience a variety of emotions. Some become extremely depressed and unsure of how to fill the extra time, while others rejoice at the thought of more freedom. It may be hard on a marriage when one person is ready to pack the RV and travel the country and the other person wants to spend time in a shrine set up in the child's bedroom. A family's stable schedule, detailing when work, household chores and maybe even sex occur, is thrown off track. It's a time when midlife crises and menopause occur. In the midst of all this drama and transition, will you discover that you don't like this person you've been married to?

If a couple really has been holding a marriage together solely for the sake of the kids, then the empty nest years might in fact be a time of separation and divorce. However, a study conducted by researchers at the University of California at Berkeley found that the main benefits of empty nest living relate to marriage. The researchers tracked women for several years, from their 40s to 60s. The women reported that their marital satisfaction increased during the empty nest years; the empty nest moms were far happier than women with children still at home [source: Parker-Pope]. Interestingly, the women's overall life satisfaction didn't improve, just satisfaction related to marriage. That may mean that even if you're dealing with a personal issue like menopause or dealing with an aging parent, you'll have a happier marriage to lean on.

According to this same study's results, it wasn't that an empty nest suddenly produced more opportunities for being alone with your spouse, though certainly that occurs when there are no children at home. Rather, the women were reporting that the quality of time together, rather than the quantity of it, was the real difference. This finding may reflect that women, who in most instances bear the brunt of the housework, have fewer things to do around the house and are able to relax more fully with their partner.

If you're worried about how the shift to an empty nest will affect your marriage, it's important to communicate with your partner. After years of being a child-raising team, it's time to figure out how your team of two will operate. The empty nest years are a great time to travel together, find new hobbies (either solo pursuits or activities for two) and maybe even to rekindle that romantic spark without worrying that your kids might walk in on you. Here's one way to spice things up: Consider the fact that you're part of a great science experiment. That's because marriages today last much longer than they used to, because we live so much longer. So enjoy forging a new marital path, and if you really can't make it work, chalk it up to evolution.

For more articles of interest to empty nesters, see the links on the next page.