You've probably seen it on the news: the latest financial scam that targets the elderly.

Everyone is susceptible to financial scam artists, but seniors are often preyed upon with special interest. And it may not be for the reason you think.

“Our older adults are targeted because many have access to more money thanks to their life-long retirement savings,” explains Amy Nofziger of the AARP Fraud Watch Network in an email interview. “Many own higher-value homes. Also, seniors may be more accessible to scammers, as they are more likely to be home during the day to answer the phone or door.”

These factors might explain why they're popular marks for scammers, but brain changes out of their control could be what makes such trickery easier to pull off. A specific age-related disease, known as frontotemporal dementia, is credited with reducing a person's ability to detect sarcasm and outright lies. In other words, their B.S. meter hits the skids, sometimes with catastrophic results.

The connection between the inability to spot lies and frontotemporal dementia was recently strengthened thanks to a University of California, San Francisco research study, during which participants had their brains scanned and also watched videos with people telling obvious lies.

The participants whose scans revealed indicators of frontotemporal dementia were typically unaware that deception was taking place, whereas the healthy individuals (and even those dealing with other types of dementia like Alzheimer's), could spot the lies and sarcasm with ease. Since this form of dementia strikes comparatively earlier than many other forms (between age 40 and 70), it can leave people just entering their senior years especially vulnerable to scammers, because often loved ones aren't yet looking out for dementia signs.

Because frontotemporal dementia only accounts for about 5 percent of dementia patients, many people are unaware of its existence, much less the warning signs, making it easy for the disease to fly under the radar.

Roughly 10,000 people turn 65 every day, and will continue to do so at this rate for at least the next 20 years, according to the Consumer Financial Protection Bureau (CFPB). Therefore, if you have a senior in your life, help them keep detailed financial records and monitor their accounts for suspicious activity, should a cognitive decline start to occur. (More tips are available from the CFPB).

Yamaha’s Motobot Was Created to Surpass You 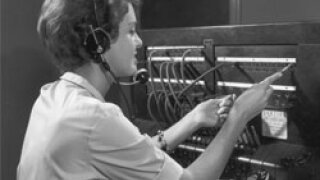 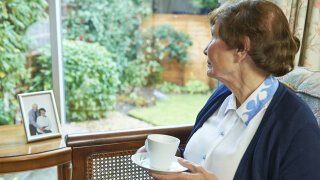 Are there Social Security death benefits for a spouse? 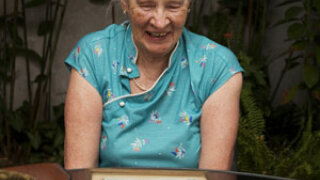