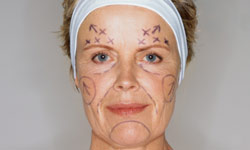 I'm ready for my close-up.
Stockbyte/Thinkstock

In this day and age of "Nip/Tuck," when the mantra of self-improvement is a constant drumbeat over the airwaves and cyberspace, the overarching practice of cosmetic surgery is a multi-billion-dollar industry. And that industry is showing strong signs of recovery following the recent economic downturn.

Two major associations oversee and track plastic surgical procedures in the United States: the American Society of Plastic Surgeons (ASPS) and the American Society for Aesthetic Plastic Surgery (ASAPS). However, patients should know that the ASAPS does not have board certification or residency requirements, says Dr. Amelia Paré, who owns and operates a plastic and reconstructive surgery practice in Pittsburgh.

"The American Society of Plastic Surgery Web site should be a patient's starting point," Paré said. "These doctors have spent the time and training to get board certification, [and] are listed according to zip code."

The two groups also split on the number of procedures performed. According to figures compiled by the ASPS and ASAPS, the most common cosmetic procedure is the minimally invasive Botulinum Toxin injections (Botox), with more than 5 million performed in 2010 [source: ASPS]. The ASPS also reports that surgical procedures increased 2 percent (to just over 1.5 million total), and minimally invasive procedures increased 5 percent (to just above 11.5 million total). The ASAPS, however, claimed that the demand for plastic surgeries has increased 9 percent since 2009, and the overall number of cosmetic procedures has jumped 155 percent since 1997, when the group started tracking statistics.

This article will focus on more invasive, or surgical, cosmetic procedures (not to be confused with reconstruction procedures, such as tumor removal, laceration repair, breast reconstruction and birth-defect reconstruction). The variety of procedures available run the gamut -- from facelifts, dermabrasion and hair transplantation to buttock implants and chin augmentation. And it's expensive. According to the ASAPS, more than 1.6 million cosmetic surgical procedures were performed in 2010. Those surgical procedures accounted for 17 percent of the total numbers of procedures performed, representing 61 percent of total expenditures [source: ASAPS]. Translation? Plastic surgery is a premium procedure.

So how much did Americans spend on plastic surgery in 2010? According to the ASPS, the grand total was more than $10.135 billion -- almost $1 billion ($992 million) on breast augmentation alone. Much of that $10 billion, it should be noted, isn't covered by insurance.

Next up: Reigning in your waistline.

5: Reigning in Your Waistline

Weighing in at number five in the ASPS's top five most common cosmetic surgeries is the time-honored tummy tuck, or abdominoplasty (average fee: $5,130) [source: ASPS]. Sometimes crunches, planks and aerobic exercises just aren't enough to tighten up your mid-section. Moms can relate perhaps more so than anyone.

According to the ASAPS, you might be a candidate for abdominoplasty if you have excess or sagging abdominal skin, an abdomen that protrudes and is out of proportion to the rest of your body, abdominal muscles that have been separated and weakened, or excess fatty tissue that is concentrated in your abdomen.

The procedure is considered major surgery, and entails removing extra skin and fat while tightening abdominal muscles. A "complete abdominoplasty" will require a hip-to-hip incision, and scarring is a distinct possibility. A partial or "mini-abdominoplasty" requires smaller incisions and targets smaller areas (typically below the belly button).

However, an abdominoplasty should never be considered a quick-and-easy option to exercise and weight loss, and should not be confused with liposuction (covered later in this article). Like any major elective surgery, tummy tucks also come with several important caveats. If you're a woman considering having children, consider delaying this procedure. The procedure tightens abdominal muscles, and future pregnancies will tear those muscles. Also, patients committed to losing weight should do so before undergoing this procedure [source: WebMD].

Looking to get rid of unwanted fat quickly?

4: When Diet and Exercise Aren't Enough

Some people have bodies that simply won't process their fat stores, regardless of the amount of exercise they put themselves through, or how vigilant they are about their diets. For these patients, liposuction (average fee: $2,884) is a potential solution, especially if they're only slightly overweight and have good skin [source: ASPS].

During liposuction, fat cells are actually liquefied -- either via injection or ultrasound -- and then removed. Normally, the procedure is done on an out-patient basis, and recovery times are generally quick. However, that recovery time is often tied directly to the amount of fat removed. Similarly, the risk associated with liposuction rises with the length of the procedure and the amount of fat being removed [source: WebMD]. Discuss the options with your surgeon, and plan accordingly.

Also keep in mind that liposuction is not a one-and-done solution to weight issues you might have. The removal of fat cells is permanent, but that doesn't prevent the addition of new fat cells. After your recovery period, you'll have to maintain an exercise regimen and a healthy diet to maintain your new-look body.

What to do when your eyelids won't cooperate?

Prior to invasive surgery, patients should consider their workload and childcare needs. "Keep in mind that you cannot have a tummy tuck if you have four kids under the age of 5, no outside help and have a trip to China planned -- you will be miserable," says Dr. Paré. "Give yourself plenty of time [if you're] planning for a reunion or wedding. Larger surgeries such as tummy tucks need four-week recovery."

Still, eyelid lifts or reshaping is quite popular among a demographic that can usually afford it -- patients who are 55 and older. In 2010, blepharoplasty accounted for 100,378 of the 349,237 surgical procedures in this age group, the clear-cut No. 1 (facelifts were a distant second, at 74,382). That statistic might skew the overall popularity of eyelid reshaping across all age groups, but the fact remains that the over-50 age group is among the fastest growing segment of cosmetic surgery patients [source: WebMD].

The procedure addresses both the eyelids immediately above and below the eyes, and excess tissue underneath the eyes, too. For many patients, the problem is simply one of age -- as our skin loses its natural elasticity over time -- and gravity (the root cause of many cosmetic conditions). However, others may find that they have an early onset of eyelid issues, which can be traced to hereditary causes.

Blepharoplasty is commonly referred to as a cosmetic procedure, but in some instances an eyelid lift is required to help improve a patient's eyesight. This genuine safety concern may allow patients to have insurance cover the procedure.

It's a Woman's Prerogative

The numbers don't lie. According to the ASAPS, the cosmetic-surgery industry is driven by women, with roughly 92 percent of the procedures (or almost 8.2 million) performed on the "fairer sex." Men, conversely, accounted for roughly 750,000 procedures.

2: Getting a New Nose

The nose job. Is there any procedure more commonly associated with cosmetic surgery than nose reshaping, or rhinoplasty? It is, according to WebMD, the most common cosmetic surgical procedure among teenagers. In fact, roughly half (or 35,005) of the total surgical procedures (76,841) recorded in 2010 by the ASPS for the 13-to-19-year-old demographic were nose jobs. That's understandable, given how self-conscious most teens are (though there are certainly non-cosmetic reasons for a rhinoplasty, such as a deviated septum).

But the nose job -- whether the procedure is to remove a bump, straighten the bridge, reshape the tip or open breathing passages -- is popular among all age groups, and carries with it an average fee of $4,306 [source: ASPS]. In the 20-to-29 age group, it's a close second to breast augmentation, and third in the 30-to-39 age range (falling slightly behind liposuction). All have certain risks involved, not the least of which are unreasonable or irrational expectations.

The actual surgery is fairly uncomplicated, in most cases. However, patients should be aware of any underlying issues that might be driving their decision to have a nose job. According to a study published in Plastic and Reconstructive Surgery, roughly a third of patients considering the procedure could possibly suffer from a mental condition known as Body Dysmorphic Disorder [source: Doheny]. That underscores the importance of consulting with not only your plastic surgeon, but also your primary care physician and family prior to proceeding. The bottom line, say experts, is that a nose job might change the way you look, but it won't change who you are.

Finally, one additional word of warning for teens: Rhinoplasty isn't recommended until the patient's facial features have full matured. That age is typically between 15 and 16 for girls, and 16 and 17 for boys [source: WebMD].

What the most common cosmetic surgery procedure?

Allow plenty of time for pre-op and post-op care. Don't overextend your finances, but do tell your loved ones what's happening. "If you give yourself time to heal and are prepared financially, the routine stress of surgery will be handled well," says Paré. "Remember, plastic surgery should improve your life, not make it more complicated and stressful. There is healing and time involved, but if you understand what to expect, it will run smoothly."

Not only are breast augmentation procedures on the rise, but so is the use of silicone implants. The Food and Drug Administration (FDA) banned silicone implants in 1992, following some disastrous results. But in 2006, the FDA allowed the reintroduction of plastic gel implants, though some safety concerns remain. In 2010, 60 percent of the implants used were silicone, while 40 percent were saline (essentially sterile salt water).

During a straightforward breast augmentation procedure, the implants are placed beneath either the breast tissue or chest muscles. In the case of saline implants, the risk is minimized since, should a leak occur, the salt water is naturally absorbed by the body. With silicone implants, many plastic surgeons recommend routine follow-up visits to ensure the implant isn't compromised [source: ASPS].

The FDA doesn't recommend breast augmentation surgery before a patient is at least 18, to allow these young women to develop naturally first. Silicone implants are not recommended for any patient under the age of 22.

Ready to book that doctor's appointment? We've got lots more information on the next page.

Who is having what done where?

The American Society of Plastic Surgeons not only tracks what cosmetic surgeries are being done and how much they cost, but also where those procedures take place. Almost a third (31 percent) of surgical procedures take place in Region Five, which includes the Rocky Mountains and, not surprisingly, California. That region also accounts for 38 percent of all breast augmentations, and 36 percent of eyelid surgeries in the United States. 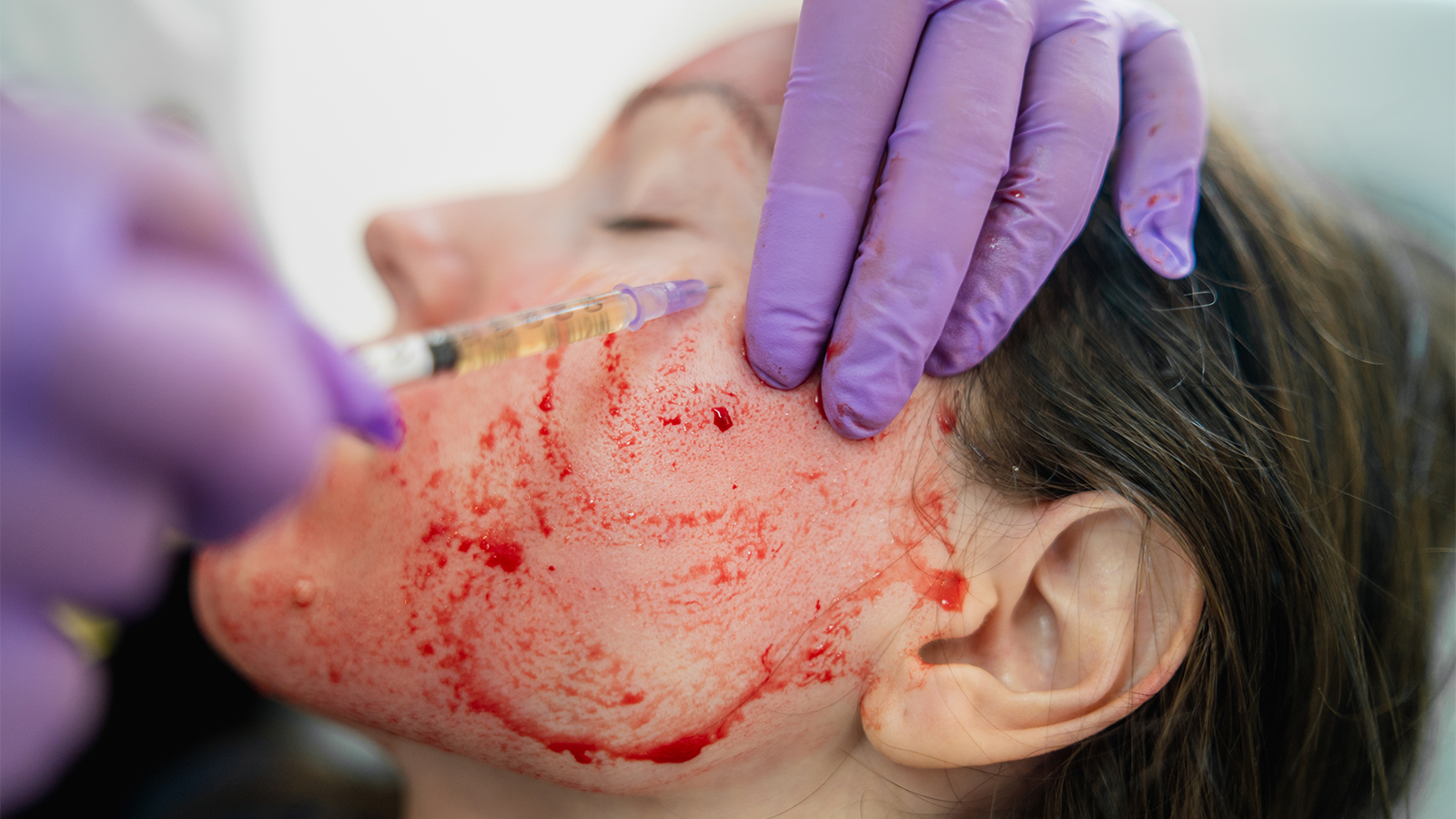 What is a vampire facial? HowStuffWorks looks at this spa trend and the problems it's causing.