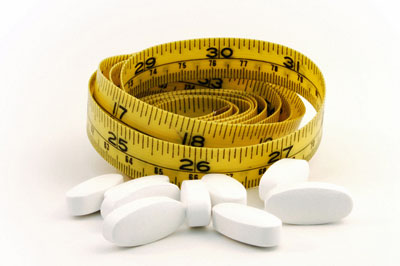 Women who receive breast implants are much more likely to have problems with body image and drugs and alcohol.
© Photographer: Sun Jeng Tan | Agency: Dreamstime.com

Besides the study published in August 2007, five other studies have examined the relationship between breast implants and suicide. Three of these studies took place in Scandinavian countries. All of these studies revealed that women with breast implants were two to three times more likely to commit suicide [source: Annals of Plastic Surgery]. Besides the higher suicide risk, researchers found that women with breast implants more often had problems with alcohol and drugs and were more likely to be divorced, all of which are risk factors for suicide. Compared to women who get other cosmetic procedures, women who receive breast implants are almost twice as likely to have been admitted to a psychiatric hospital [source: Annals of Plastic Surgery].

These studies reflect a frequently discussed concern that people who receive cosmetic surgery also suffer from mental health problems and body image issues. While most studies on the connection between breast implants and suicide haven't closely investigated the reasons for these suicides, the apparent correlation has raised the need for further scrutiny.

Up to 15 percent of people who get elective plastic surgery suffer from body dysmorphic disorder (BDD), which causes people to obsess over small or even nonexistent imperfections [source: Los Angeles Times]. People with BDD can think they're ugly or disfigured even when they're not. The condition can cause major disruptions in patients' lives, and cosmetic surgery often doesn't fix the perceived issues. BDD patients are two to 12 times more likely to commit suicide [source: Annals of Plastic Surgery]. For those who seek treatment, a combination of medication and psychotherapy is most often prescribed.

Both David B. Sarwer, a psychologist invited to comment on the Swedish study, and the researchers propose that pre-existing psychological conditions likely form the connection between breast implants and suicide. Sarwer and the other researchers propose that breast implants provide temporary psychological relief to patients suffering from body image issues. However, those feelings of relief and satisfaction fade over time, accounting for the increase in suicides 10 years or more after surgery. The report on the Swedish study states that the high level of drug and alcohol abuse -- both before and after implantation -- indicates a need for pre-surgery screening and ongoing, post-surgery observation [source: Annals of Plastic Surgery].

A spokeswoman for a manufacturer of breast implants told the Los Angeles Times that her company was a "big advocate" of requiring patients seeking breast implants to undergo counseling prior to the procedure [source: Los Angeles Times]. In his accompanying report, Sarwer wrote that while surgeons generally screen patients for psychological disorders or body image issues, these studies indicate that screenings should be more rigorous and that surgeons should ask about any psychiatric treatment or hospitalization the patient has experienced. Until more is known, he said, surgeons should be as careful and thorough as possible when screening patients for breast implant surgery.