Browse the article 90/10 Weight-loss Plan: What You Need to Know 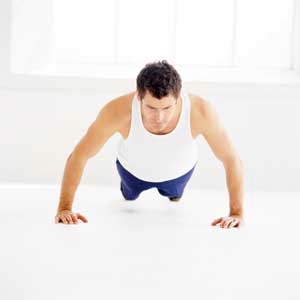 Registered dietitian Joy Bauer, the author of the 90/10 plan, says that years of developing nutrition plans for clients have convinced her that there is no diet that will magically melt fat away. The key to weight loss, she says, is to sensibly cut calories, and that's why she developed the 90/10 plan. The "90" in her title stands for "90 percent sensible choice" and the "10" for "10 percent fun food choices," which allows for some flexibility and indulgence. Bauer believes that no matter what the diet, you won't stick with it for long if you're not already used to eating that way.

She asserts that carbohydrates will not make you fat -- disputing the claims of low-carbohydrate diets -- and that including them in your diet will, in fact, make weight loss easier while keeping your energy level up. While her diet discourages eating refined carbohydrates such as sugar and candy, the 10 percent rule allows for what she calls "soul-soothing" foods that aren't exactly healthful. The diet is a realistic food strategy, not exact math. The program places more of an emphasis on exercise than do most diet plans.

Bauer says the reason her plan works is because it's realistic. Any diet that forbids favorite foods is an invitation to "cheat," which is followed by guilt and surrender to old eating habits. By allowing 10 percent leeway in choosing some typically forbidden foods, it gives dieters freedom of choice. Exercise is also an integral part of the plan. Bauer acknowledges that heredity, age, and frame are factors that impact your weight although you have no control over them.

But her diet focuses on the factors that you can control, such as food intake, exercise, and your metabolism. While you can't control the inherited part of your basic metabolism, she says, you can increase your metabolic rate through exercise. Her suggestions for physical activity range from walking to weight training. The point, she says, is to exercise regularly. She provides lots of tips for warming up and even provides forms for keeping track of your activities.

The 90/10 plan offers more menus than most other diets. It provides two weeks' worth of menus for each of the three calorie levels (1,200, 1,400, and 1,600). The lowest-calorie diet plan is for women who exercise little and who have only two to ten pounds to lose and want to lose it fast. The 1,400-calorie plan is for most women with moderately active lifestyles and who have between 2 and 50 pounds to lose. The 1,600-calorie plan works well for most men, whether they exercise or not, and women who are 5'6" or taller. A lengthy list of fun foods that can account for one serving (250 calories) a day is also provided.

As long as you don't exceed the serving size specified, just about all of your favorite foods are allowed. The menus are pretty bland compared with a lot of other diet plans, and the amount of food is fairly small. On the 1,400-calorie plan, a typical day might include scrambled tofu and a toasted whole-wheat English muffin for breakfast; pita pizza for lunch; a baked apple for a snack; fish, sweet potato, and green beans for dinner; and a fun food at some point during the day. More recently, Bauer added The 90/10 Weight Loss Cookbook to help users create appetizing menus with over 100 recipes that fit into the various calorie-level diet plans.

Fact or Fiction: What the Experts Say

The diet is a relatively balanced, low-calorie plan. However, it falls short of the recommended intakes for calcium and vitamin D, and it doesn't provide enough fruits, vegetables, and whole grains each day to meet current recommendations. Experts say that the calories "spent" on the daily allowance of "fun food" would be better spent on more fruits, vegetables, and whole grains.

Add a little more produce each day, along with a calcium and vitamin D supplement, and the nutrition would be much improved. Yet, for people who just can't fathom the thought of giving up favorite foods, this plan offers a realistic way to include these foods. The 90/10 plan gets a gold star for its emphasis on physical activity and the flexibility it allows in designing your own activity plan.

Gains and Losses/What's the Damage?

Bauer promises a weight loss of up to ten pounds during the first two weeks, depending on how much you have to lose and how low you go on calories. After the initial rapid weight loss, you can expect to settle in to a loss of about one to two pounds per week. If you follow the diet for an extended period of time without taking a calcium and vitamin D supplement, you could be putting yourself at risk for osteoporosis. And the lack of high-fiber carbs at the lowest calorie level could cause constipation and increase your risk for other health problems.