Blood Type Diet: What You Need to Know 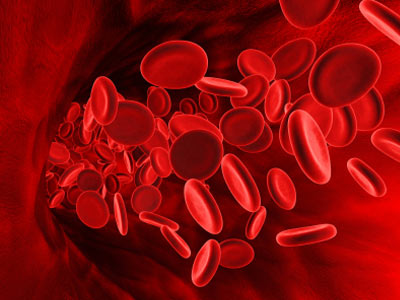 ­We all know the story. You and a friend find a new diet, stick to it and lose a few pounds. But then, as time goes by, the amount you ­lose starts to level off while your friend keeps shedding the pounds. Sometimes, you even gain the weight back. That's because it's widely accepted in the medical field that diets aren't "one size fits all." To find true success, each person needs to find a diet that suits his or her body.

In 1996, Dr. Peter D'Adamo published a book in which he outlined a diet based on different blood types. The theory is that each blood type has specific antigens that control bodily function, such as the immune and digestive systems. When foreign particles enter the body, the antigens either let them through or recognize them as threats and attack. Dr. D'Adamo theorizes that the blood's antigens react in a similar manner to foods, designating them as acceptable or threats. Therefore, knowing your blood type -- either A, B, AB, or O -- will help you distinguish which foods are best for your body [sources: D'Adamo, Kellow].

When you're choosing to eat healthful foods and restricting your intake of overly fatty or processed foods, you'll probably see positive side effects, such as weight loss or increased energy levels. The blood type diet warns against eating overly fatty foods and incorporates exercise into your daily routine. And as a result, some people have found success. Some doctors believe it's a good diet plan because it encourages you to monitor what you're eating and guides you away from fast food and other less than nutritional meals [source: Westman]. But the basic concept that blood type is linked to digestion has many critics.

­Research and support for this diet are lacking at this time. There is no concrete evidence that links blood type to digestion, and the restriction of entire nutritional food groups may have a negative impact on your body [source: Mayo Clinic]. It's likely that people find success not because the diet is revolutionary, but because they changed their lifestyle by restricting non-nutritional foods [source: Weil]. While there's still room for study, many experts agree that the basis behind the diet is bologna, which incidentally is a major no-no for those of us with type A blood.

So bologna is ruled out for type As, but just what are the other diet specifics? Check out the next page to learn about the diet, and then continue on to the specific foods that fit your blood type.