Cabbage Soup Diet: What You Need to Know

Browse the article Cabbage Soup Diet: What You Need to Know 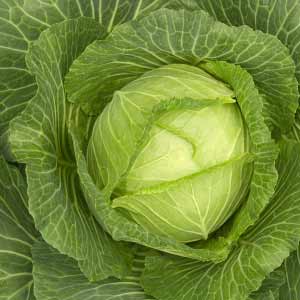 When winter winds to an end, there are plenty of things to look forward to -- warm weather, blooming flowers, cookouts and the beach. But, for many people, that last item comes with a bit of hesitation. Before you strip down to that bikini, that winter weight has got to go. So when spring and summer are just around the corner, many are looking for a quick fix.

That's why the cabbage soup diet has withstood the test of time, outlasting its "fad diet" reputation. The diet lasts one week and is said to result in weight loss of about 10 pounds (4.5 kg) [source: Zelman]. In a short span of time, double-digit losses are possible. Some people, maybe because they became discouraged and unmotivated by the slower results of other diets, swear by the quick cabbage soup diet. After all, participants cut their caloric intake by at least 50 percent, taking in roughly 800 to 1,000 calories a day [source: Zelman]. The diet isn't by any means appropriate for a lifestyle, but it does help incorporate vegetable and fruits into an individual's meal plans.

Of course, the cabbage soup diet has its drawbacks. First off, it's a bit bland and boring, which makes cravings tough to ignore. It also cuts out a good amount of nutrients along with those calories. The extremely restrictive nature of the diet makes entire food groups off-limits on certain days. And while it does produce quick weight loss, much of this is water loss, not the more beneficial loss of fat. This means dieters will likely gain back a lot of the weight after they return to their normal eating routines.

So, the diet has its pros and cons, but you get to lose weight while keeping warm those last weeks of winter, right? Continue reading to learn more about the cabbage soup diet and its possible side effects.

Unlike many diet plans, which usually require lots of exercise and expect a long-term commitment to achieve results, the cabbage soup diet is short. Designed to last one week, it isn't intended to be a lifestyle change. It isn't high enough in nutrients or calories to sustain healthy body functions for longer than the designated timeframe. After completing the week, you should spend some time back on a normal diet before contemplating a return to the cabbage soup regimen.

No one person or institute claims credit for creating the cabbage soup diet, so there's no specific standard for dieters to follow. Through the years, multiple variations of the diet have surfaced. Although they differ a bit from one another, they're all quite similar.

For each of the seven days, you should eat at least two bowls of cabbage soup. And there are specific foods that you can eat almost without limit each day, though you're encouraged to try to quiet your hunger by eating the low-calorie soup whenever possible. Foods like bread, alcohol and soda are forbidden, although you drink as much water as you like. Here's the basic schedule:

Remember, after seven days, it's important to return to your normal diet.

So what might happen to you if you do decide to try the cabbage soup diet? Check out the next page to find out.

Recipe to the Rescue

Is your idea of cabbage soup just some warm water and cabbage? There are several cabbage soup recipes on the Web that fit the diet plan. One of the many varieties includes green onions, green peppers, tomatoes, carrots, mushrooms, celery, cabbage (of course) and the optional addition of bouillon cubes or V8 juice [source: About Cabbage Soup Diet].

The bottom line is that if the Cabbage Soup Diet really were the answer to your dieting prayers, you'd already know all about it, and everybody would be following it -- so you know there must be some drawbacks. Just like many diets and medications, the Cabbage Soup Diet may possibly lead to some less than ideal side effects for participants.

The most prevalent -- not to mention embarrassing - side effect is the almost unavoidable gas. When your body is ingesting this many vegetables, plus the high intake of cabbage, you're sure to pass some less-than-pleasant odors. The diet is low calorie and high fiber, which won't always agree well with your stomach.

Some participants have said the diet was a challenge and successful in terms of weight loss, but it didn't come without cost. They claimed to have experienced migraines, discoloration around the eyes, low energy levels, mood swings and low levels of concentration and creativity. Their co-workers agreed, stating their usually upbeat and helpful colleagues were slower than usual and a bit moody at times [source: Browne].

As we've touched on, the diet itself is not a well-rounded meal plan. As such, following it for too long can intensify the side effects. It doesn't provide the body with enough nutrition to keep you healthy. The low calories alone would leave anyone feeling slow and sluggish. It's always a good idea to check with a health care professional before trying something as drastic as the Cabbage Soup Diet.

Getting Past the Gas

To prevent some of the flatulence that comes with cabbage, experts recommend that you opt for some of the more digestible Chinese versions. If you can't find those varieties, you can let the cabbage soak in water for about five minutes before it begins boiling, then discard that water and pour in fresh water [source: The Worldwide Gourmet].