Dukan Diet: What You Need to Know

Browse the article Dukan Diet: What You Need to Know 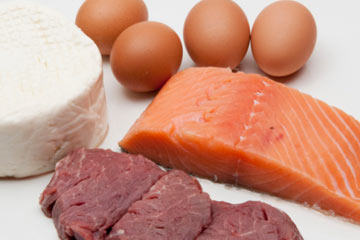 If you like eating a lot of protein, the Dukan Diet could work for you. But there are some drawbacks.
iStockphoto/Thinkstock

Quick … what weight-loss secret does Prince William's new bride Kate Middleton, star quarterback Tom Brady's supermodel wife Giselle Bundchen, and American Idol host and singer Jennifer Lopez all share? The answer is the Dukan Diet, which arrived on American shores in the spring of 2011 promising weight loss faster than you can say "Voila!" And it was met with mixed reviews almost as quickly.

The diet is named after Dr. Pierre Dukan, a former French neurologist who first began marketing the plan more than a decade ago. It caught on in Europe like wildfire. In the United States, it is being called the "French Atkins Diet" in some circles, referring to Dr. Robert Atkins' high-protein, low-carb weight-loss plan program popularized in the 1970s. It advertises rapid and considerable weight loss, which is the program's biggest, and most controversial, selling point.

However, the plan has its critics, both in the United States and abroad, and even in Dukan's home country. According to an MSNBC report, France's National Agency for Food, Environmental and Work Health Safety listed the Dukan Diet as one of 15 diets with potential risk, and the British Dietetic Association named it among the five worst diets of 2011 [source: Raymond].

"This is just another one of those diets invented by a charismatic individual who makes a lot of promises and has loads of testimonials but is not based on any scientific data whatsoever," said Frank Sacks of Harvard's School of Public Health and the American Heart Association, told The New York Times [source: Sciolino].

How does the Dukan Diet work?

Dukan's diet is broken into four distinct phases: attack, cruise, consolidation and stabilization. The initial "attack" phase is designed to jump-start your diet via a restrictive, protein-rich diet that ignites rapid weight loss. The diet lists more than 70 low-fat or lean meats (others, such as pork, are prohibited), as well as chicken, soy products, non-fat dairy, fish and eggs. This phase typically lasts less than two weeks, during which dieters can expect to drop at least a pound a day.

During the "cruise" phase, dieters continue with a protein rich menu, but can add almost 30 non-starch vegetables (others, such as carrots, corn, and potatoes, are still excluded) with no limits, but only every other day, and two heaping tablespoons of oat bran. Fruit is still off limits. There is no strict timetable on the "cruise" phase, since it's based on how much weight you ultimately want to lose.

Stage three, or the "consolidation" phase, is designed to get participants ready for a life of more responsible eating. It allows unlimited protein, including pork chops and vegetables every day, along with a single serving of low-sugar fruit, a portion of cheese, and some whole-grain breads. Dieters can also have a few servings of starchy foods and two "celebration" meals -- yes, anything is fair game, including wine and dessert -- each week.

Finally, the "stabilization" phase is Dukan's "maintenance" stage. Here, dieters are permitted to eat anything they want six days a week, provided they also include oat bran and adhere to the super-strict, protein-only Phase One diet on the seventh day.

To get started, dieters need a Dukan Diet roadmap.

While the Dukan and Atkins diets aren't identical, there are many similarities, including the basic pro-protein, anti-carb premise. The original Atkins Diet also has four steps: induction, ongoing weight loss, pre-maintenance and lifetime maintenance.

A quick start is the Dukan Diet calling card. Dukan advertises that the plan will help dieters shed a pound or two per day during the initial "attack" phase, and Dukan himself claims those results will provide the necessary motivation to stay on the plan.

Of course, people delving into the Dukan Diet must be ready to make a serious, if short-term, commitment to the plan's rather exacting restrictions. Pack away the alcohol, and all the breads and crackers. Oh, and the fruit and vegetables will have to go, too. You can drink all you want, provided you're drinking water.

While the Atkins Diet permitted a minimal amount of natural fats, such as certain vegetables, Dukan's diet has no such "extravagance" during the first phase. In short, you'll have to get by on lean meats, seafood, poultry, nonfat cottage cheese and oats -- and large portions of good old H2O. Since the total number of calories is dramatically curtailed, weight loss is all but guaranteed. But is it permanent?

Up next: What are the Dukan advantages?

Benefits of the Plan

There is little debate that the Dukan Diet will help you lose weight. And quickly. That alone is enough of a sales pitch to persuade many to try it.

Plus, the plan is simple, which is a big bonus for many of us who are leading exceedingly complicated lives. You don't have to count calories, or be concerned about portion sizes. The diet allows you to pretty much eat as much as you want, anytime you want, provided you're nibbling on lean protein (and a small helping of oats) and guzzling plenty of water.

Celebrity health expert Dr. Mehmet Oz told a "Good Morning! Arizona" television audience that he was initially unconvinced by the diet before having a sit-down chat with Dukan. "By the time you're done with his program, you can eat whatever you want -- literally whatever you desire -- except one day a week," he said. "One day a week, he wants you back on the strict diet. If you do that, he says you will not gain weight.

"By the time you've done the first part of the diet, you've learned how to eat well and you're on a program that's not that difficult," said Oz [source: Holland].

The plan also calls for 20 minutes of exercise daily, such as brisk walking, while encouraging dieters to skip the escalators and elevators. Though that hardly constitutes an exercise regimen, most experts agree that an exercise component is essential to any reasonable weight-loss plan.

There are, however, concerns.

Drawbacks of the Plan

Some nutrition and health care specialists say that the diet's shortcomings -- side effects such as constipation, lousy breath and low energy -- are in fact clear warning signs that this is a diet with serious limitations.

Critics say the program isn't balanced, since it eliminates so many healthy food groups. They question whether it's another short-term fix to a long-term issue and can lead to yo-yo dieting. And they warn that it can put undue stress on your kidneys and digestive system.

Any "quick fix" diet poses some risk, say diet experts. Keri Gans, a spokeswoman for the American Dietetic Association told WebMD's Kathleen Zelman that "It is unhealthy to lose weight so quickly because you not only lose fat and fluids but precious muscle mass, which is really hard to replace, especially as you get older" [source: Zelman].

Dukan encourages dieters to take a daily multivitamin with minerals, to help remedy some of the plan's shortcomings. However, some experts warn against an over-reliance on vitamins, instead of getting those essential ingredients from whole foods. Dr. Oz suggests that Dukan participants taking one half of their multivitamin in the morning, and the second in the afternoon, to ensure that the body absorbs more of the nutrients [source: Holland]. Perhaps the best test of any diet is whether it's successful over the long haul, and the jury is still out on Dukan.

Will The Dukan Diet work for you?

High-protein, low-carbohydrate diets have been link to a drop in serotonin. This chemical is critical in helping the brain deal with everyday stress. Feeling edgy? Check your diet [source: Wurtman].

Who can expect to benefit the most from the Dukan Diet? The evidence suggests that it's rare to find a dieter disciplined enough to manage the balance that the diet requires to maintain a healthy lifestyle. However, it's not unheard of.

Marshall Brain, the founder of HowStuffWorks.com, is a loyal and satisfied participant of the diet. Dukan's formula, Brain told MSNBC, allowed him to drop more than 50 pounds over a six-month period. "For the first time, I feel like I have the tools I need to control my weight," said Brain [source: Raymond].

Brain's comments echo that of the program's founder. "We doctors have weighed up the risks and the benefits. I consider that the real risk is an excess of weight and obesity," Dukan told the French newspaper, Le Parisien. "Every day there are people who die from this and I am trying to fight against it" [source: Willsher].

However, the very fact that the European and American medical communities are so divided about the Dukan Diet should serve a significant red flag. "High-protein diets lack critical nutrients," Dr. Karol Watson of UCLA's Program in Preventive Cardiology told WebMD. "Restricting carbohydrates means you restrict plant-based foods, which are rich in phytochemicals and antioxidants" [source: Hatfield].

The bottom line? Make sure you go into the program with your eyes wide open, and opt for a diet plan that offers not only weight loss, but also sound long-term solutions to your nutritional needs and eating habits.

Jennifer Lopez and Giselle Bundchen are just two of the high-profile celebrities linked to the Dukan Diet. Other "Dukanians" include actresses Nicole Kidman and Penelope Cruz, opera singer Katherine Jenkins, and the mother of the new Duchess of Cambridge, Carole Middleton.