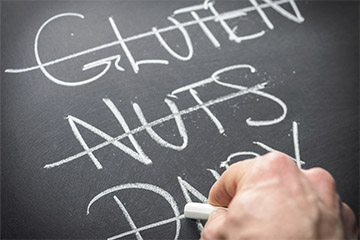 Gluten, nuts and soy, among other foods, often get the temporary boot from people on elimination diets.
BradCalkins/iStock/Thinkstock

Once upon a time, people dieted to lose weight. In the 21st century, a new class of diet trends is shifting the primary focus from getting skinny to getting clean -- eliminating the "toxins," "chemicals" and allergens that might be making us feel, well, icky (and keeping us from looking our best).

Among these is the elimination diet, though in its true form it's not a trend. It's a long-standing medical diagnostic tool used to help identify serious food allergies, like the ones that send tens of thousands of people to emergency rooms every year in the United States [source: Woznicki]. Doctors, nutritionists and other health professionals also use it to try to pinpoint foods that might be causing or exacerbating less-serious but still problematic conditions like irritable bowel syndrome, rheumatoid arthritis or migraine headaches [source: Jacob].

The goal of the elimination diet is simple: to find out if a symptom is caused by an adverse reaction to a particular food (or food additive). If the symptom goes away after that food is eliminated and returns when that food is reintroduced, there's almost certainly a link.

In practice, though, it's a fairly intense undertaking, and the results are not airtight. Doctors usually supplement the diet with other forms of testing to get closer to a definitive diagnosis [sources: Mayo Clinic, FARE].

It's not necessarily a bad thing. For people in relatively good physical and psychological health, and who aren't having life-threatening reactions to food, a short-term elimination diet can at least be eye-opening, and at most might reveal a possible "problem food."

The diet's popularity is easy to explain: Roughly 30 percent of the U.S. population believes it suffers from a food allergy [source: Woznicki]. And while the actual percentage is closer to 3 or 4 percent, that doesn't mean the others aren't suffering [sources: Woznicki,Watts]. The discrepancy could result from a simple misunderstanding of the term "allergy" [source: The Cleveland Clinic]. 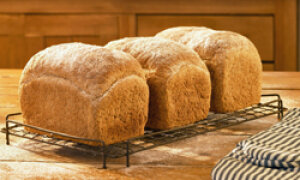 What food should you not eat if you have a gluten allergy? 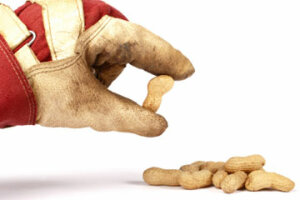