by Shaun Chavis Jul 17, 2018
Grains and beans are high in lectins, until they're properly cooked. syolacan/Getty Images

Three-time Grammy winning artist Kelly Clarkson has lost nearly 37 pounds recently. She told NBC's the Today show that the weight loss is from a diet low in lectins that has helped her manage an autoimmune disorder. One of the side effects for her has been weight loss. Clarkson says she learned about it from reading the book "The Plant Paradox" by Dr. Steven Gundry.

Clarkson's weight loss success, and the buzz around Gundry's book, raises a question: What is lectin? Most people trying to lose weight count calories, fat grams, protein or carbs. Should lectin be something to monitor instead?

Before you throw out your calorie counter, here's what you need to know about lectin: It's a naturally-occurring protein that's found in plants, and it binds to carbohydrates. Plants produce lectin as a self-preserving compound. Lectin is toxic to discourage animals from eating the plants.

Lectin can be a trigger for people (like Clarkson) with certain auto-immune disorders and avoiding lectin can help those people feel better by reducing inflammation, gastro-intestinal problems and more. But that doesn't mean everyone should avoid lectins — and it doesn't mean that lectins are a path toward losing weight.

Lectins Are in Everything

First, cutting out lectins isn't easy or recommended for everyone. "Lectins, or some form of lectins, are in everything," says registered dietitian nutritionist and author Frances Largeman-Roth. Grains and beans are high in lectins, until they're properly cooked. Other foods high in lectins include fruit, vegetables, pulses and other legumes, nuts, chocolate, coffee and dairy products.

"The way lectins behave in a lab might be considered toxic, but that doesn't mean they're not good for human use, or that they don't have health attributes," Largeman-Roth says. "If you ate cooked black beans with a tortilla, the lectins remaining in the beans would bind with the carbs in the tortilla and move through your body like fiber."

Lectins are in so many foods, trying to cut them out wouldn't leave you much to eat, and that, say Largeman-Roth and other dietitians, could jeopardize your health. And despite Clarkson's experience — which is complicated by her autoimmune disorder — avoiding lectins isn't a sure path to shedding pounds.

"When you look at the research, the benefits of consuming these foods outweighs the side effects," says Jessica Crandall, registered dietitian nutritionist and spokesperson for the Academy of Nutrition and Dietetics. "We can't directly associate any of these foods [containing lectin] with weight gain. The opposite is true; most people are not getting enough of these foods to help them with health and weight loss."

The other nutrients in foods that contain lectins are so beneficial, that unless you have an intolerance, you should actually be eating them for better nutrition and managing your weight. "Whole grains, fruits, nuts and vegetables should be the basis of our diet; they help promote a healthy waistline," Crandall says.

So, across the board, foods with lectins are good for you. But Crandall and Largeman-Rotah both say every person is different. "It's a situation akin to gluten," Largeman-Roth says. "Some people are affected by it, and some are not at all."

Eliminating Lectins From Your Diet

If you think you might have a food intolerance and want to know if lectin might be the issue, get expert help. "You could go to a GI specialist to get tested, or ... try an elimination diet," Largeman-Roth says. A complete elimination diet would be difficult, however, because many foods, including tomatoes, potatoes, eggplant, tomatillos and peppers, herbs and spices, coffee and chocolate, have lectins.

The other thing that makes a lectin-elimination diet difficult is the lack of government recommendations and research. So far, the U.S. Food and Drug Administration (FDA) hasn't put together a list of foods with lectins and what the amounts are, which would be different for raw and cooked foods, because cooking reduces lectins. Also, there are no government recommendations specifically for the amounts of lectins we should or shouldn't eat. Largeman-Roth says more research is needed.

If you do want to take a step toward avoiding lectins, Largeman-Roth recommends cooking beans and legumes thoroughly; red kidney beans, for example, need to be boiled for 30 minutes. "Don't cook them in a slow cooker, because the heat isn't high enough to destroy the lectins," she says says. "This might be another reason to eat sprouted grains, or breads with sprouted grains. The lectin amounts are lower." Soaking the beans before you cook them can help release enzymes that reduce the total amount of lectins, as well.

Now That's Discomfort!
Raw red kidney beans contain such a high amount of one particular type of lectin that they can make people sick. In 1988, a hospital served its staff a lunch with undercooked red kidney beans. Hours later, the people who ate the beans became violently ill — including a surgical assistant who threw up in an operating room.

Parasitic Wasp Larvae Eat Host From Inside Out

Why Are You So Tired? 5 Most Common Sleep Mistakes 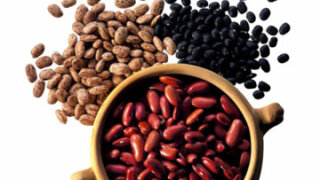 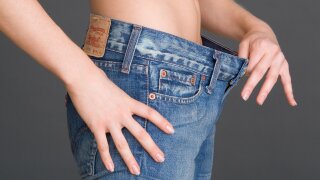 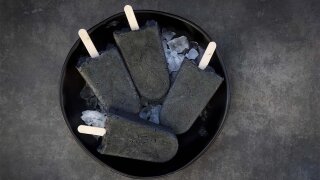