What's the Worst Fad Diet Ever? 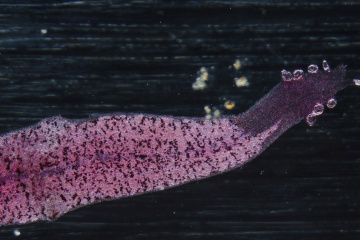 If you think this parasite is the best way to lose weight, you should maybe rethink that plan.
©defun/iStock/Thinkstock

Fad diets are just that — fads. A fad diet appears in a book with a promising title, makes the media rounds, and eventually fades into obscurity. Why do these diets disappear? Reason one — that's how fads work (Pet Rock, anyone?). Reason two — fad diets just don't succeed in the long term. In fact, they can be downright harmful to your health.

Fad diets tend to be low-calorie regimens or require fasting for a set period, resulting in rapid weight loss or, as many diets put it, "detox." Unfortunately, rapid weight loss is traumatic for your body, and if you do it repeatedly, you put yourself at risk for:

As for detoxifying the body, your body is already designed to eliminate waste. A detox diet only robs it of nutrients [source: Miller].

But some diets are worse than others. Which one takes top honors for the worst of the worst? Let's take a look.

But the grand prize winner, the trophy holder, and the best in show of the worst fad diet ever? No contest.

The Tapeworm Diet is exactly what it sounds like, although whether many people have actually undertaken the diet is in question. As seen in ads from as early as the 19th century, dieters willingly ingest a tapeworm to consume any food coming down the pipe. Yes, you might not gain a pound, but you could also develop serious nutritional deficiencies and organ infections. Or, you know, die. You'll be pleased to know it's now illegal in the United States to import or sell tapeworms.

If you really want to lose some weight, put down the tapeworm, the cotton ball — and the vinegar. Diet and exercise are scientifically proven — and definitely not as gross.

After Weight Loss, Hunger Is a Life Sentence
Is Lectin-free the New Gluten-free?
Study Finds No Link Between Inactivity and Weight Gain