Zone Diet: What You Need to Know

Browse the article Zone Diet: What You Need to Know 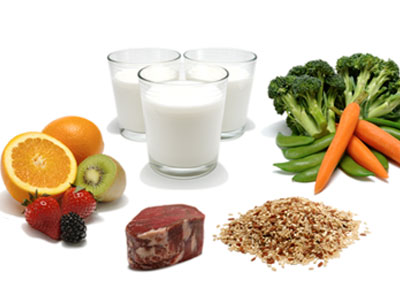 ­The Zone diet burst onto the scene in 1995 when Dr. Barry Sears, published his best-selling book "Enter the Zone" with the help of Bill Lawren. Sears was a researcher of biotechnology at the Massachusetts Institute of Technology before becoming a dieting guru [source: Web MD]. His new approach was revolutionary and easy to understand. His book sold by the millions.

The diet is aptly named. It is based on the idea that eating the right foods in the right ratio will help your body operate within a certain optimal zone. This is achieved by controlling the levels of a certain hormone in your body. The result is better health and better concentration. Another reason for the diet's popularity is the fact that it barely affects the amount of time and money you have to spend preparing meals.

­As far as the Zone diet is concerned, the right ratio of foods is more important than the number of calories you consume. No matter the size of your meal, the ratio of protein, fat and carbs never changes. Once you've mastered the ratio, you'll also know what kind of foods to eat. Luckily, there isn't much that's off limits.

Like any weight loss program, the Zone diet has its fair share of critics. There are those who feel the diet raises some health concerns but the majority of experts out there don't believe it to be harmful. Read on to find out how the Zone diet plan works.

­Let's face it -- dieting isn't always easy. It takes will power and the Zone diet is no exception. However, it is easier to understand than most. It's probably better to think of it as a lifestyle change rather than a diet. Diets tend to be thought of as temporary, but the Zone requires a long-term commitment. Unlike the Atkins diet and the South Beach diet, there are no levels or phases. Here are the basics.

The Zone diet is built around the idea of maintaining a proper balance between insulin, which stores fat in our bodies, and glucagons, which release fat so it can be utilized. In a sense, with the Zone diet, you are simply eating to regulate hormone levels [source: Web MD]. According to Dr. Sears, this can be accomplished by eating meals that consist of 30 percent protein, 30 percent fat and 40 percent carbohydrates [source: Zone Diet Info]. For the visual thinkers out there, look at it this way -- divide a regular-size dinner plate into thirds. One third of the plate will be taken up by protein, like a chicken breast, and the other two thirds will be filled with vegetables and fruit. The only thing missing is a small dose of fat -- the healthy kind of course -- like olive oil or avocado [source: Zone Diet].

As far as the protein is concerned, the right size serving should fit in the palm of your hand and be relatively the same thickness. With carbohydrates, try to stick to vegetables and fruits that are high in fiber. Rice, bread and many other carbohydrates should only be eaten in small portions because they release glucose too rapidly.

Now that you know the basics of what to eat and how to divide it up, let's talk about when you should eat it. The Zone dictates that you should eat a meal or snack within an hour of waking up. Then eat every four to six hours after a meal and every two to two and a half hours after a snack. It also states that you need to drink eight 8-ounce glasses of water throughout the day and supplement your meals with a dose of Omega-3 concentrate [source: Zone Diet].

While exercise isn't a requirement of the diet, it is highly recommended. Thirty minutes a day, six days a week is what you should aim for. If you follow these simple guidelines, Sears claims that you'll feel better, think better and lose weight in a surprisingly short amount of time.

Read on to find out about dangers associated with the Zone diet.

"Enter the Zone" isn't Dr. Barry Sears' only book. The best-selling author and researcher has another book out called "The Anti-Inflammation Zone," which discusses the dangers of silent inflammation and how you can combat it [source: Zone Diet].

­A diet that helps you lose weight, improve your concentration and increase your energy -- what's not to love? Not so fast. There are two sides to every coin and this is no different. Despite the claims that Dr. Barry Sears has made about the effectiveness of the Zone diet, there is no scientific evidence to back it up at this time. On the same note, there is no scientific evidence that disproves it. Either way, there are a few things you should consider before getting in the Zone.

Many people experience quick weight loss when starting the Zone diet. This is often seen as affirmation. What they don't realize is that diets like this one that are low in carbohydrates result in a large amount of fluid loss [source: Weight Loss International]. Carbohydrates hold fluids and when we reduce the amount we consume, we also reduce our capacity for those fluids. Don't mistake this initial loss of water weight as true weight loss.

By following the ratio that is laid out by the Zone diet, many people end up decreasing the amount of calories they take in daily. While this may be necessary for many people, it could result in losing lean muscle mass for others [source: Bee Slender]. The purpose of any diet should be to get rid of fat and/or improve health. Make sure you're getting enough calories, and if you aren't, adjust the diet accordingly.

Another danger associated with any low carbohydrate diet is ketosis. Ketosis is what happens to diabetics who don't have enough insulin in their system. If it isn't taken care of promptly, it can result in diabetic shock [source: Attwood]. We need insulin to break down carbohydrates; if we don't have enough, our bodies can't function properly.

Aside from all that, there are many who believe the Zone diet puts people at risk by lowering the amount of fruits and vegetables they are eating. People who eat large amounts of fruits and vegetables generally have much lower cancer rates [sources: Norris, Weight Loss International]. Diets low in carbohydrates are also often associated with high blood pressure and a greater risk of stroke [source: Weight Loss International].

As with any diet, you should check with your doctor before you get started. Do your research. If you do decide to use the Zone diet, be careful when measuring out your portions and make sure you're getting enough calories.

Valentina Vezzali, a 38-year-old Italian athlete who won the gold medal (her fourth) in fencing at the 2008 Olympics, subscribes to the Zone diet. Fencing at the age of 38 is comparable to playing in the NBA at age 65 [source: Sears].