by Jesslyn Shields Apr 12, 2018
A pair of running shoes, a banana and a bottle of water on a blanket before the start of the Boston Marathon. Bananas are often handed out to marathon runners instead of sports drinks. Boston Globe/Getty Images

Post-workout recovery is a polarizing issue: Do you pound a highly-engineered sports drink in the manner of a pro athlete in a Super Bowl ad? Or do you munch on a simple, elegant banana instead? They're both full of carbohydrates, which help recharge muscles while they're working, aiding both performance and recovery. But bananas are free of refined sugars and dyes, and can be found in nature, whereas a "blue raspberry" combining its superpowers with a watermelon on a thirst-busting glacier is not something you see in the wild every day. Ah, advertising.

Be that as it may, all athletes want to boost their stamina and endurance while reducing post-workout inflammation. Both sports drinks and bananas have the potential to do that. So, which is better?

Although scores of scientists have worked hard to create the ultimate workout cure in a plastic bottle, it seems there's just something about a plain old banana. Previous research indicates both sports drinks and bananas are better at keeping a cyclist going during difficult bike rides than water alone. But according to a study published March 22, 2018 in the journal PLOS One, bananas seem to have the same anti-inflammatory benefits as sports drinks — possibly even more.

The study involved 20 competitive male and female cyclists completing three 47-mile (75-kilometer) bike rides. In the first, they drank only water; in the second, they drank both water and 8 ounces (236 milliliters) of a sports drink; and in the third, they drank water and ate half a banana every 30 minutes. The researchers drew blood from the cyclists before, during and after the workout, and found that the inflammatory markers were much higher in the blood of the participants who only drank water during the workout. Similarly, metabolites — molecules in the blood that change during workouts — showed the water-only workouts resulted in more stressed metabolic profiles than those during which carbs were consumed, either in the form of a banana or sports drink.

But where the differences emerged between what comes in a bottle and a peel was in an enzyme called COX-2, which promotes the production of lipid compounds called prostaglandins. The purpose of prostaglandins is to help you heal, and one of their jobs is to trigger inflammation in the body, so the presence of COX-2 means the inflammation is on its way. Unlike the sports drink, bananas seemed to inhibit COX-2, which is what the anti-inflammatory drug ibuprofen is designed to do.

The research team is not entirely sure why this would be, but it's good news for banana fans. The not-so-good news is this: The cyclists who ate bananas rather than chugging the carbohydrate drink experienced a fair amount of uncomfortable bloating.

There are no silver bullets, folks.

Now That's Pucker-inducing
In addition to bananas and sports drinks, pickle juice has long been a folk remedy for athletes with muscle cramps.

How Comic-Con Came to Rule the Pop Culture World

Who Was Alexander von Humboldt and What Is the Humboldt Current? 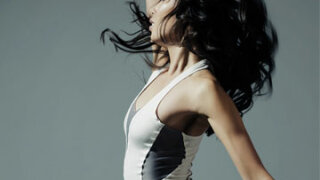 How the Move Tank Top Works 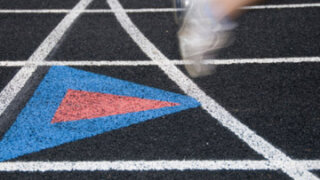 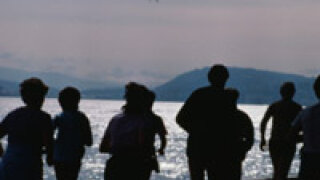