Nowadays, Body Mass Index or BMI has become such a routine medical term that patients can recite their BMI off the top of their head as easily as if they were recalling their favorite color. BMI, according to the U.S. Centers for Disease Control and Prevention, is a tool used to determine whether an individual is at a healthy weight, given their weight and height.

But recent medical studies have shown that some of these BMI cutoffs may need to be reconsidered for certain populations — specifically, Asian Americans.

Back in 2004, a World Health Organization (WHO) report came to a startling conclusion: It found that Asian individuals — compared to white populations — were at significantly higher risk for Type 2 diabetes and heart disease at lower BMI levels than the current overweight cutoff number of 25. In the years since this WHO report, medical professionals have conducted numerous studies that point to the same conclusion.

An article published in January 2015 in Diabetes Care — a publication associated with the American Diabetes Association (ADA) — also linked higher diabetes rates to lower BMI levels in Asian Americans. But it went a step further, stating that "establishing a specific BMI cut point to identify Asian Americans with or at risk for future diabetes would be beneficial to the potential health of millions of Asian American individuals." The article proposed a "BMI cut point" of 23 as the appropriate starting place to screen Asian Americans for Type 2 diabetes, though it's important to consider that the ADA's recommendation only applies to Asians living in the U.S.

These studies have spurred on U.S. doctors and Asian American health advocates to call for a lower BMI cutoff specifically for Asian Americans. In this case, the at-risk BMI screening for overweight and obesity in Asian Americans would be 23.

Dr. Alka Kanaya is an expert in Type 2 diabetes, obesity and cardiovascular disease as a Professor of Medicine, Epidemiology and Biostatistics at the University of California, San Francisco (UCSF) in the Division of General Internal Medicine. She writes in an email that "there is sufficient evidence from cross-sectional studies done in several different Asian groups that Asians have diabetes at a much lower BMI than other race/ethnic groups, and a BMI of 23 for screening is much more appropriate than 25 for Asians."

So What's the Big Deal?

So just why does this issue of BMI cutoffs matter so much for Asians? Well, just take Type 2 diabetes rates. The Mayo Clinic writes that "being overweight is a main risk factor for Type 2 diabetes." As your weight increases beyond healthy levels, your risk of acquiring Type 2 diabetes also goes up.

"You'll see the increased risk for having undiagnosed diabetes at different levels of obesity — 1.3 times for being overweight, 3.1 times for being obese, and 7.3 times for being "extremely obese" — a BMI of 40 or greater," emails Matt Petersen, Vice President of Medical Information and Professional Engagement at the ADA, referring to the ADA's risk test for diabetes.

But just why are Asians more impacted compared to other racial or ethnic groups? Unfortunately, this is unclear. One cause may be environmental factors, such as Asians gaining weight as they adopt unhealthier and fattier Western diets and less active lifestyles. But genetic reasons may also be partly to blame. An August 6, 2018 UC San Francisco study notes that while people of European descent typically first put on weight in places like their hips and under the arms, Asians put on belly fat almost immediately once they start gaining weight. Belly fat is associated with higher rates of Type 2 diabetes.

And, slowly, but surely, both doctors and patients are becoming aware of the issue. There are even online BMI calculators that individuals of Asian descent can use to check their BMI. And while the ADA does not have a separate BMI risk chart for Asians, its online risk assessment for Type 2 diabetes automatically factors in a BMI "risk start" of 23 for Asian Americans, says Peters.

But there is still a lot of work to be done to increase awareness among both Asians Americans and the medical community. It's not just that Asian Americans are prone to higher rates of Type 2 diabetes and heart disease. They're also not getting diagnosed. The National Council of Asian Pacific Islander Physicians notes that "more than half of Asian Americans with Type 2 diabetes" remain undiagnosed.

Lowering the BMI cut point for Asian Americans could help with diagnosing Type 2 diabetes. That's why campaigns like "Screen at 23" exist to elevate this issue to national attention.

However, Asia is not only the largest, but also the most diverse continent. It represents many, different countries and ethnicities. So, naturally, there are considerable variations in heart disease and Type 2 diabetes risk even among different Asian populations. One study even paradoxically found that the optimal BMI for Chinese individuals — the BMI associated with the lowest risk of death — was 24-25.9, higher than the recommended 23 BMI screening.

And some populations face high risks of diabetes and heart disease at even lower BMI levels than 23. South Asians — people originating from the countries of Bangladesh, Bhutan, India, Maldives, Nepal, Pakistan and Sri Lanka — are affected more than other ethnic groups.

Dr. Kanaya is also the principal investigator of the MASALA Study, which studies South Asians in the U.S to determine why this ethnic group has greater rates of diabetes and heart disease. It is possibly due to genetic factors like fat storage "in all of the wrong places in the body" and lifestyle choices like "poor physical activity," according to Kanaya. "We don't have a final explanation yet, but there are many factors that we have found that contribute to higher risk of disease."

But despite these differences, medical professionals are in agreement that screening for a BMI of 23 is a good starting point in order to make sure Asian Americans with diabetes are not left undiagnosed.

"We just find that the rates of diabetes are much higher at this cut-point of 23 than lower ones, and that is why it is now [the] recommended for diabetes screening of Asian Americans," says Kanaya.

Now That's Interesting
Although BMI has become widely accepted, it isn't perfect, because it does not specifically distinguish between muscle mass and body fat. This can cause people with excess muscle — the professional athletes and body-builders of the world — to receive an inflated BMI, even if they're not technically overweight. Bummer for the gym rats of the world.

What Happens if Someone Is Murdered in Space? 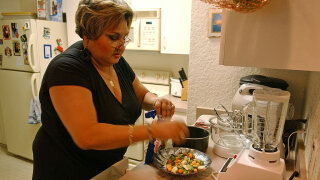 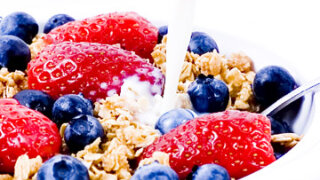 How can eating breakfast help you lose weight? 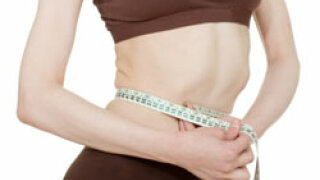 How San Francisco's Golden Gate Bridge Was Built, and Why It's Not Actually Red
April 6, 2020