by John Donovan Nov 1, 2016
Working Out Mad Can Cause Some Serious Heart Problems sanjeri/Getty Images

You're about to blow your stack. Flip your lid. Hit the roof.

That's OK. It happens to the chillest of us. But before you stomp off for that head-clearing run, before you start whaling away on the heavy bag at the gym to let off that steam, know this: Trying to clear your head by exercising like a mad person can be dangerous to your health.

A new study by researchers at the Population Health Research Institute at McMaster University in Ontario, Canada, throws a huge warning at people who go too hard on exercise as a means of coping with emotional issues (including anger). The paper, published recently in the journal Circulation, finds that the double whammy of pent-up anger (or other emotional issues) and overexertion leads to a greater risk of heart attack.

The Science Behind Losing It

The study's conclusion makes perfect sense, even to laypeople. Exercise can get your heart pumping like crazy. (That's often the point of exercise.) The same is true of intense emotions. After all, have you ever been all amped-up emotionally? Does it sometimes feel like you've just completed a 10K?

"At times of fear or anxiety or upset," writes Smyth from Ireland, where he is a clinician at the Galway University Hospitals, "it is not uncommon for people to note that his/her heart is faster than usual, which is also seen with exercise."

Combine them, the study finds, and you have the potential for something toxic.

"Both triggers [exercise and emotion] have similar physiological effects," Smyth says. "Essentially what happens is that both triggers can lead to an increase in heart rate and blood pressure (which is mediated by changes in the blood vessels), which have similar effects on blood flow (i.e., may reduce blood flow to parts of the heart muscle and potentially lead to a heart attack)."

Smyth is quick to point out that all this doesn't mean don't exercise. Regular exercise is good for you, he says. And it certainly doesn't mean you need to go all Spock-like and suppress your emotions.

Just know, he suggests, that when you're upset or angry, you shouldn't do more than you normally do in a workout. Take it easy. And maybe even find a way to calm your emotions before you work out.

Smyth and his team used data from a huge, international study called INTERHEART in their research. INTERHEART, conducted from 1999-2003, differs from earlier studies (and many since) in both its size and its scope. Researchers interviewed almost 30,000 people in 52 countries, in some 262 different sites, during INTERHEART. They asked first-time heart attack victims about their health experiences to try to determine risk factors for acute myocardial infarction (AMI, or heart attack).

Among the questions: Were you exercising heavily before your heart attack? Were you angry or emotionally upset?

Perhaps most surprising, though, was that the findings held true over a range of variables. "There were no differences in the association between those with and without diabetes, hypertension or obesity," Smyth says, "and no difference between males and females or by age group. Similarly, we didn't find any difference in the effect of the trigger between people with high or low baseline levels of physical activity."

The fact that the results were the same in such a large sample of people, across huge geographic regions, indicates that these triggers for AMI are practically universal. No matter where you live, whether you're a man or a woman, no matter what medicines you're taking for cardiovascular disease, regardless of how much you normally work out, working out too hard when you're upset or overemotional can spell trouble.

"Exercise can be a very effective stress reliever ... For people who use exercise to relieve stress, there is unlikely to be a significant increase in risk as long as the person stays within his/her usual level of activity," Smyth says. "[T]he risk lies when the level of activity is beyond the usual for that person."

So chill out. Take a deep breath. And maybe just go for a long, slow walk instead.

NOW THAT'S INTERESTING
Getting too emotional has long been a warning sign for heart attacks. Researchers examined German soccer fans at the World Cup in 1996 and Dutchmen at the European soccer championships in 1996 and found "significant" links to watching games and AMIs in both instances. Similar results were reported in studies surrounding major ecological events, like earthquakes in Japan and Greece.

Google Glass Can Teach You Morse Code in Four Hours

Why Is Yogurt Advertising So Focused on Women? 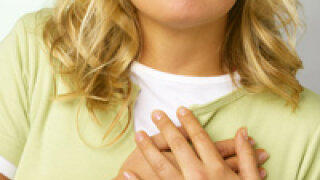 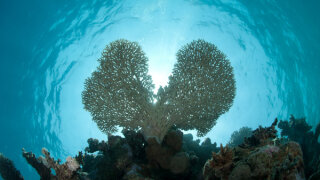 Stuff You Should KNow Podcast: Can You Die of a Broken Heart?

Memory Hack: Do Some Aerobics Four Hours After Class